All your powerful REQs are automatically available in this insane mode. 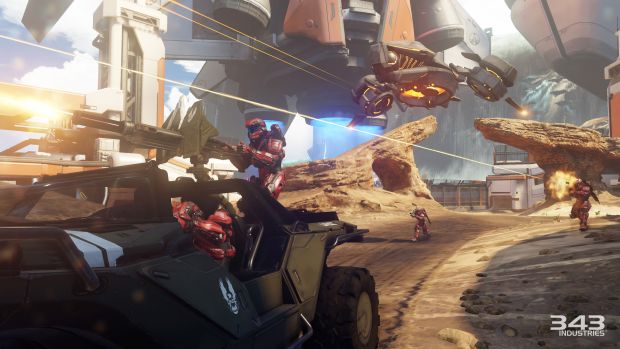 343 Industries has quite a lot happening in Halo 5: Guardians‘ multiplayer currently. Along with community BTB and Grifball maps, not to mention new maps and REQs coming next week via Ghosts of Meridian, it has Warzone as its featured playlist for this weekend.

This is no ordinary Warzone though. It’s Warzone Turbo and your REQ level is at nine to begin with, allowing access to all your most powerful REQs. REQ energy points are also recharged insanely quickly so you’re never without a powerful card for very long. According to lead multiplayer designer Lawrence Metten, the mode began as a test of sorts for the developer’s QA to test things in normal Warzone. Now it’s a source for complete chaos and increased XP.

You’ll have to hurry though. Warzone Turbo is only available till April 4th. Hop into Halo 5: Guardians today and bring your best REQs along for the ride. Let us know what you think of Warzone Turbo in the comments.