Posted By Rashid Sayed | On 18th, Jul. 2011 Under Screenshots | Follow This Author @GamingBoltTweet

Microsoft have released two pieces of new artwork for the upcoming Halo: Combat Evolved Anniversary edition. The game releases this November 15th on the Xbox 360. 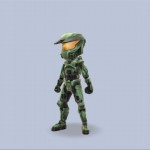 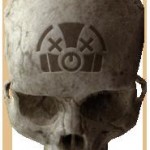 Update: We just got an updated press release.

This will be bonuses for anyone who pre-orders Halo Halo: Combat Evolved Anniversary.

Master Chief Avatar Armor– Heroes Never Die, and to honor the 10th anniversary of John 117, you will finally be able to transform your Xbox LIVE Avatar into the iconic hero by outfitting it with Master Chief’s signature MJOLNIR Powered Assault Armor.

“Grunt Funeral” Skull – An exclusive, game-modifying skull that changes the rules of the game for an explosively humorous experience, “Grunt Funeral” sends Halo’s most lowly and lovable enemy out in a blaze of glory. And plasma. And then more glory. Once the skull has been activated, every Grunt’s methane tank will explode like a plasma grenade when killed. Watch out for the Grunt chain reaction!