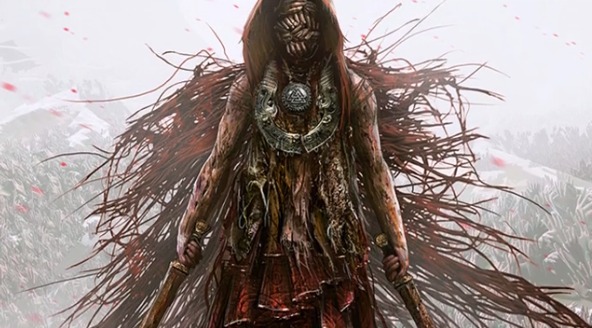 Ninja Theory seemingly returned to Sony’s side at Gamescom 2014 last week when it revealed Hellblade, a hack and slash action title for the PlayStation 4. This being Ninja Theory, the same developer behind Heavenly Sword, it was argued that Hellblade was a successor to the former.

However, Ninja Theory’s Dominic Matthews told Eurogamer that, “It’s a brand new IP. Senua is a new character. It’s not tied to Heavenly Sword at all.”

And don’t think Matthews isn’t aware of some of the jokes people have been making about the name. “I saw someone describe the name as someone just putting Heavenly Sword into Thesaurus.com and going, oh it’s Hellblade. It’s not something where we’ve gone, yeah, let’s make people think it is this.

“We really like Heavenly Sword. We loved making that game. So it’s actually more just we like making female protagonists that look in a certain style. And we like swords. And we like hell. It’s more that.”

“If we said it was the spiritual successor, there would be an expectation there is a story link or a certain type of gameplay or level design. It’s a new IP. It’s a brand new game. It’s brand new characters. It’s a brand new world. It’s not linked at all. But if you like Heavenly Sword, like Enslaved and like what we did, then the aim is you’ll like this, too.”

What are your thoughts on the game? Let us know below.