Hell has never looked this pretty. 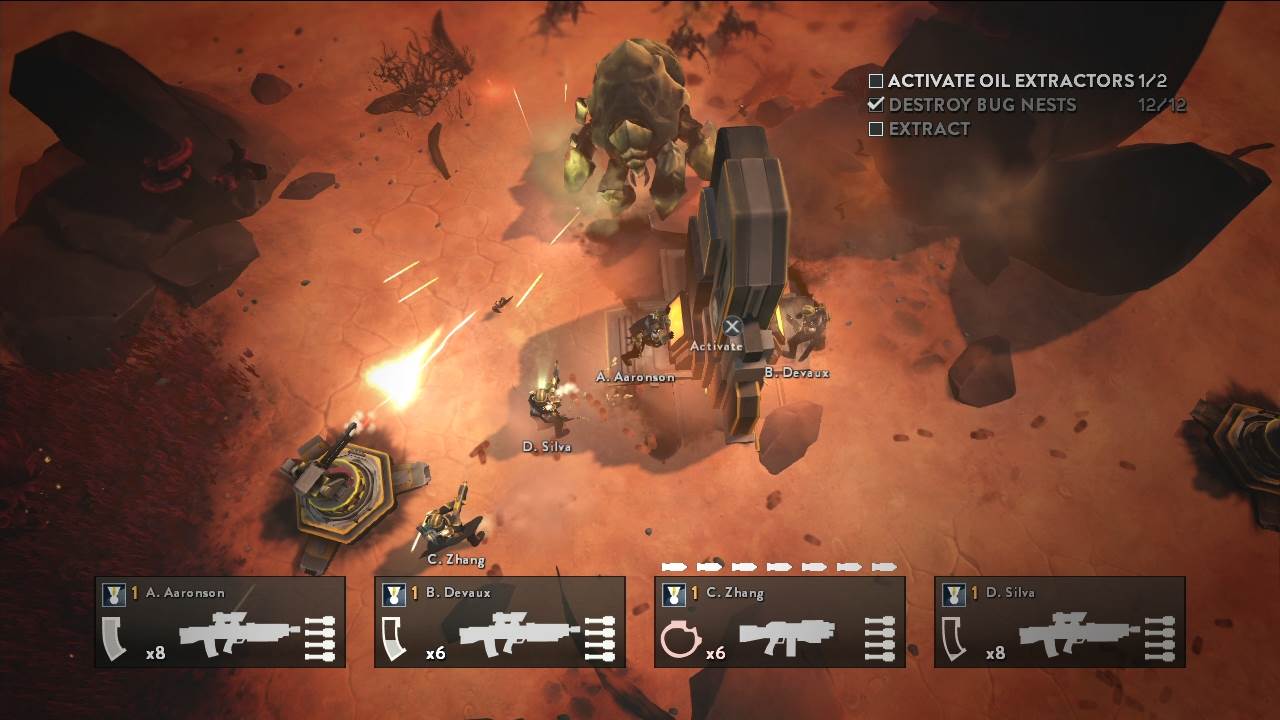 The PlayStation 4 continues to march on with both indie and mainstream titles due in the coming months. Of course, there’s plenty of other games planned for down the line, including Arrowhead Games’ Helldivers, which is a top down shooter that will also be available on the PS Vita and PlayStation 3.

The PS4 version will score an advantage over other platforms though, as CEO and Game Director Johan Pilestedt has revealed to GamingBolt that it will run at 1080p resolution and 60 FPS on the next gen console.

As for how the DualShock 4’s touchpad will be integrated into the gameplay, Pilestedt stated that, “On the Vita we will use touch-interface for certain commands, with the PS4 the touch pad will as of now only use the click-down functionality. At Arrowhead we’re pretty stubborn about using tech just for the sake of using tech – we believe that each feature that goes into the game needs to use the most sensible option for that control.

“This doesn’t mean that we think the touch-pad is bad or a gimmick in any way; it just isn’t necessary for this title – but we do have some ideas of how to use it for future projects.”

Helldivers is currently scheduled to release by the end of 2014. Stay tuned for more news and updates in the coming months.