tinyBuild's scariest neighbor returns, and he's not alone. Find out what makes Hello Neighbor 2 bigger, bolder, and more frightening than the original.

Hello Neighbor by developers Dynamic Pixels and Eerie Guest Studios is an odd game. It had several alpha versions that received significant praise. However, when it launched in 2017 for PC, critics and players panned it for its controls, bugs, confusing story, overall gameplay, and so on. Now, several years, a prequel, and two multiplayer spin-offs later, Eerie Guest and tinyBuild are releasing a new standalone sequel in Hello Neighbor 2.

Players return to the town of Raven Brooks, and this time, it seems something is up with the entire neighborhood. With the sequel releasing on December 6th for Xbox One, Xbox Series X/S, PC, PS4, and PS5 – along with Game Pass on day one – here are 12 things you need to know before diving in.

Instead of Nicky Roth, the story focuses on a journalist, who has arrived in the town of Raven Brooks to investigate Mr Peterson, the infamous neighbor. If the first game is any indication, then he’s probably up to no good, but things are a seemingly bit more complicated this time around. To learn more, you’ll need to collect evidence which involves unlawful entry into some places. But if you’re persistent, then you’ll probably unravel the mystery of Raven Brooks. 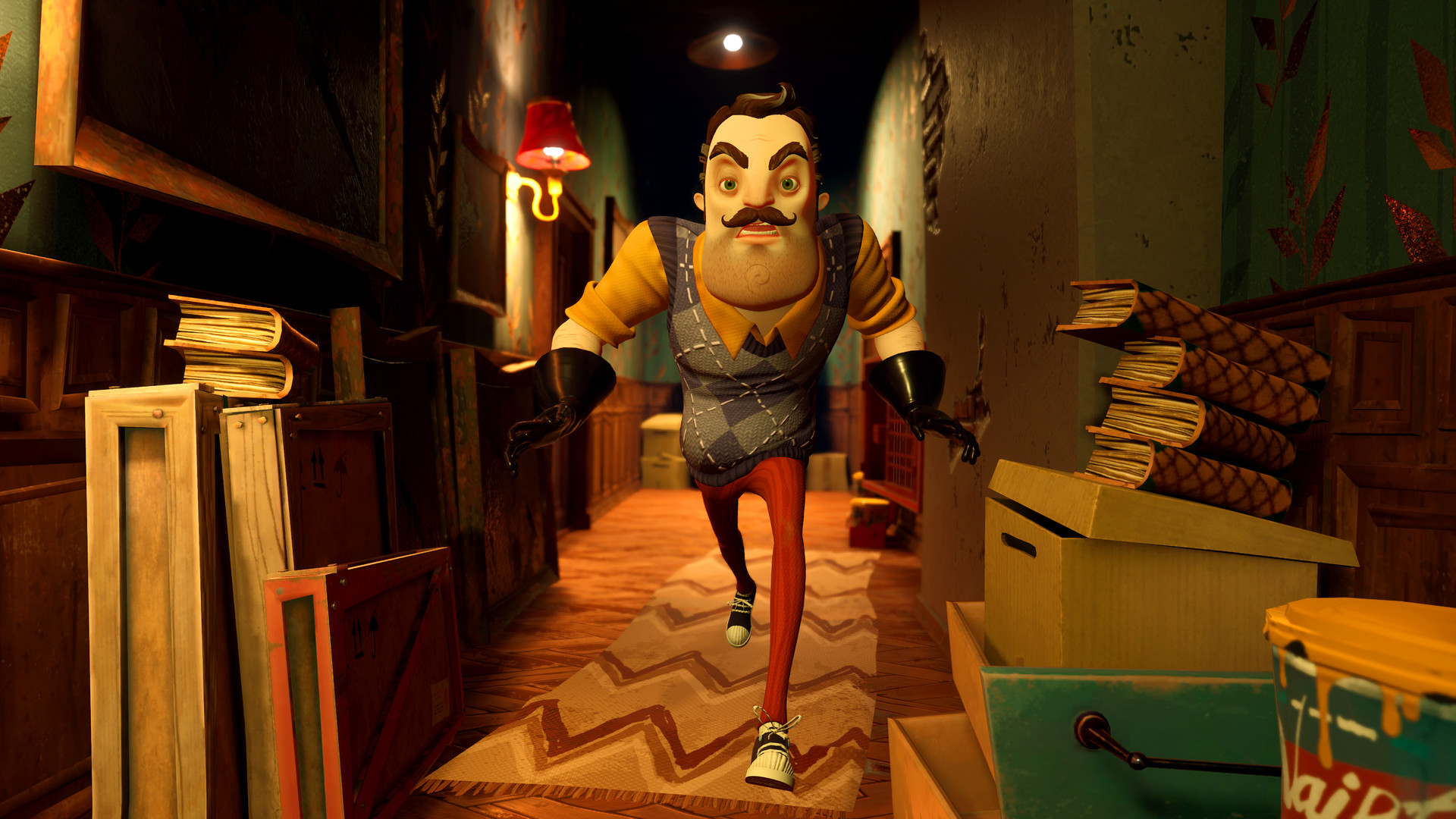 At its heart, Hello Neighbor 2 is a stealth horror game. To investigate a neighbor, you’ll need to break into their house. Of course, they’re none too pleased with your doing so, and will often chase you down with extreme prejudice. Sneaking about is one thing, but you’ll also have to platform, climb, and maybe even combine items to survive. Be careful – once you’re caught, it’s back to square one. But at least you can learn the neighbors’ patterns and exploit them, right? Well, not quite, thanks to the… 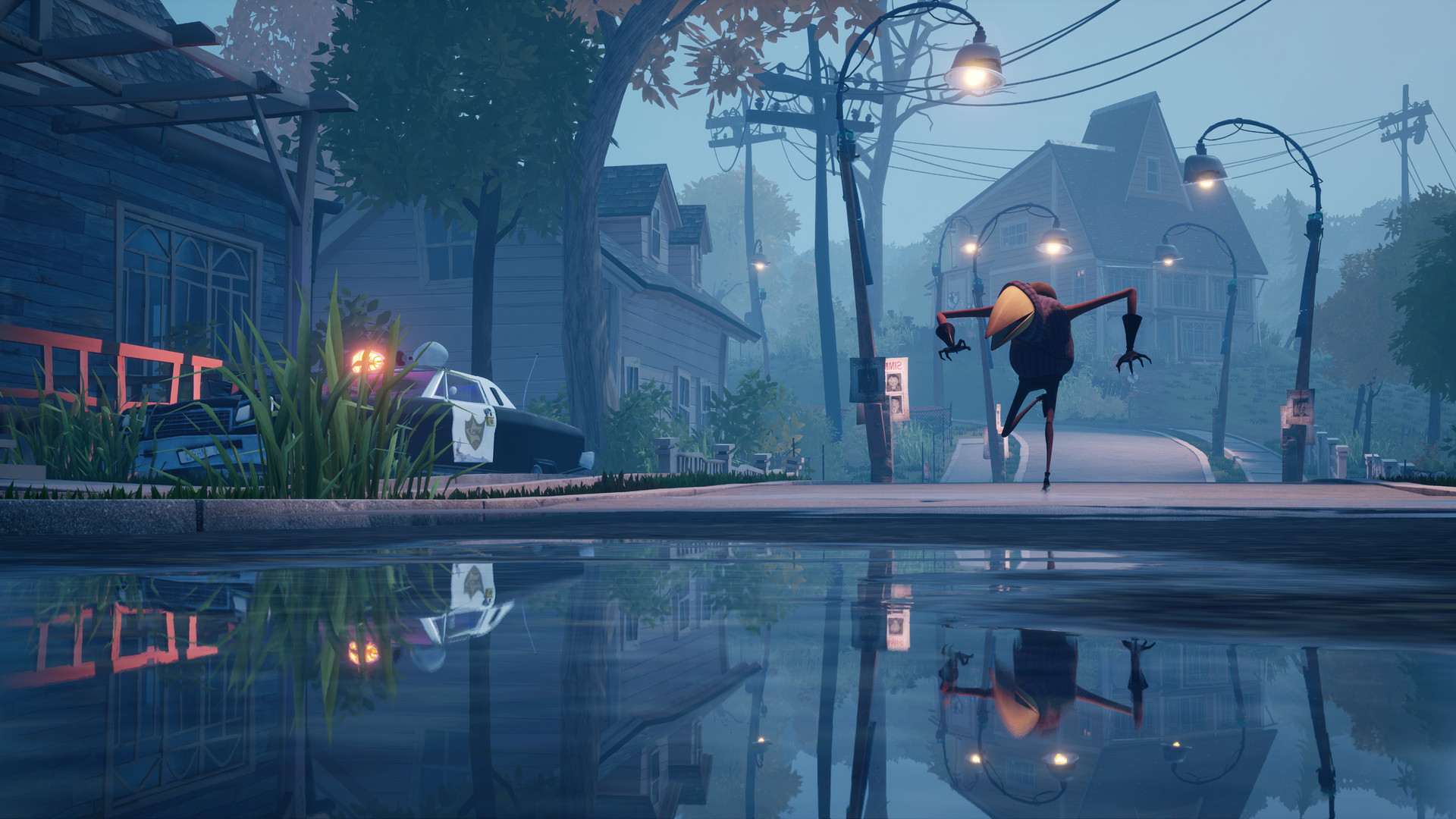 The first game’s AI would adapt to the player’s failures, deploying traps, learning their patterns and countering them. This wasn’t very well realized in the final game, but the sequel is different. It uses an AI Neural Network to learn from the player, and dynamic seeking results in more natural searches instead of a neighbor checking predetermined locations. They’ll also alter their daily schedule, optimize their methods of locating the player, and more. It’s significantly less random than the first game while ensuring new ways for you to fight back. 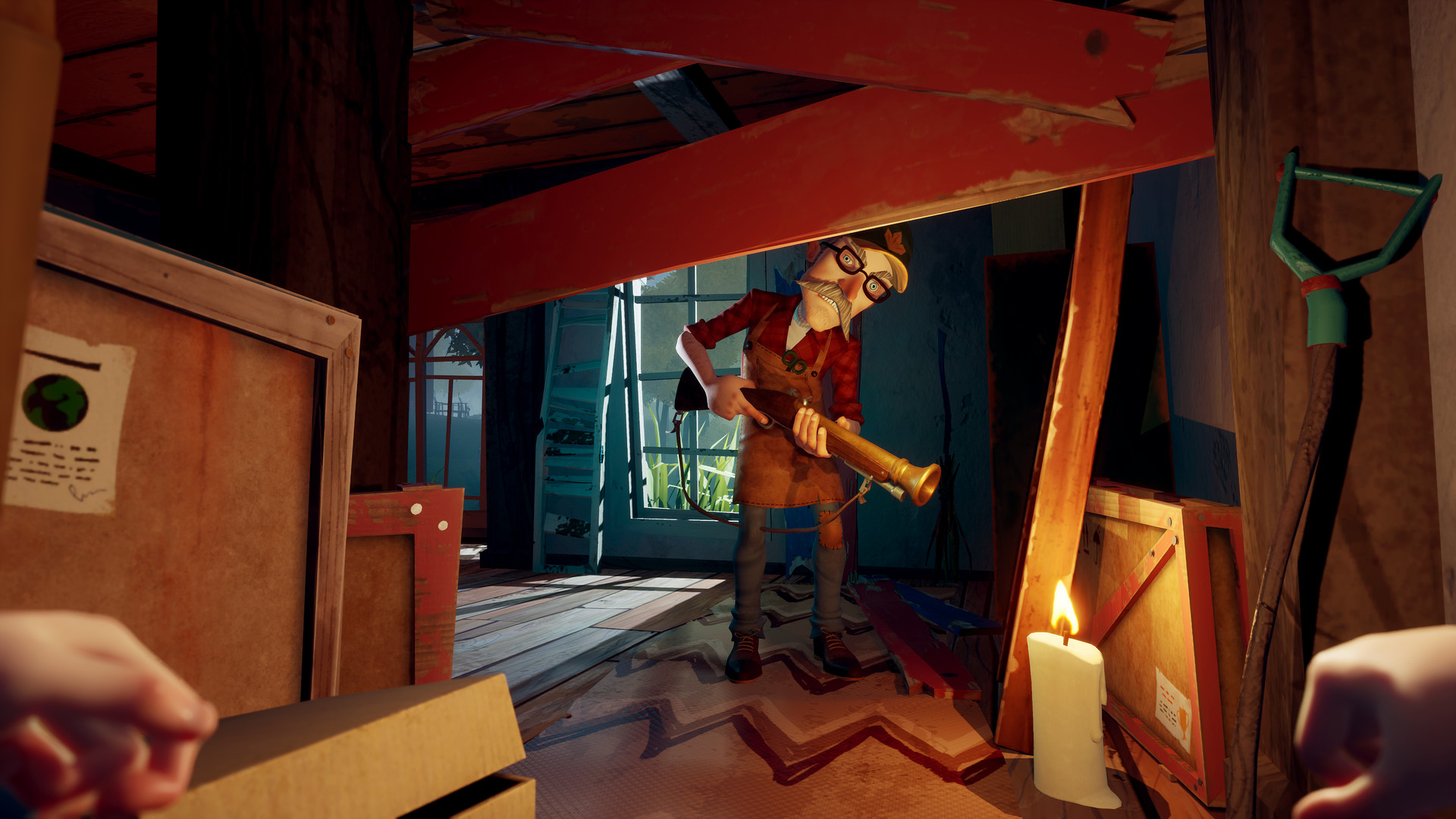 In a big departure from its predecessor, Hello Neighbor 2 features multiple suspicious neighbors aside from Mr Peterson. You have The Baker, who seems to be hiding something in the croissants; the Taxidermist, who may be up to something shady; and The Mayor, who has an attack dog protecting something important. It’s ultimately up to you to determine what they’re all hiding. Though they all benefit from the Neural Network and evolve accordingly, they each have different behavior patterns based on their characters. 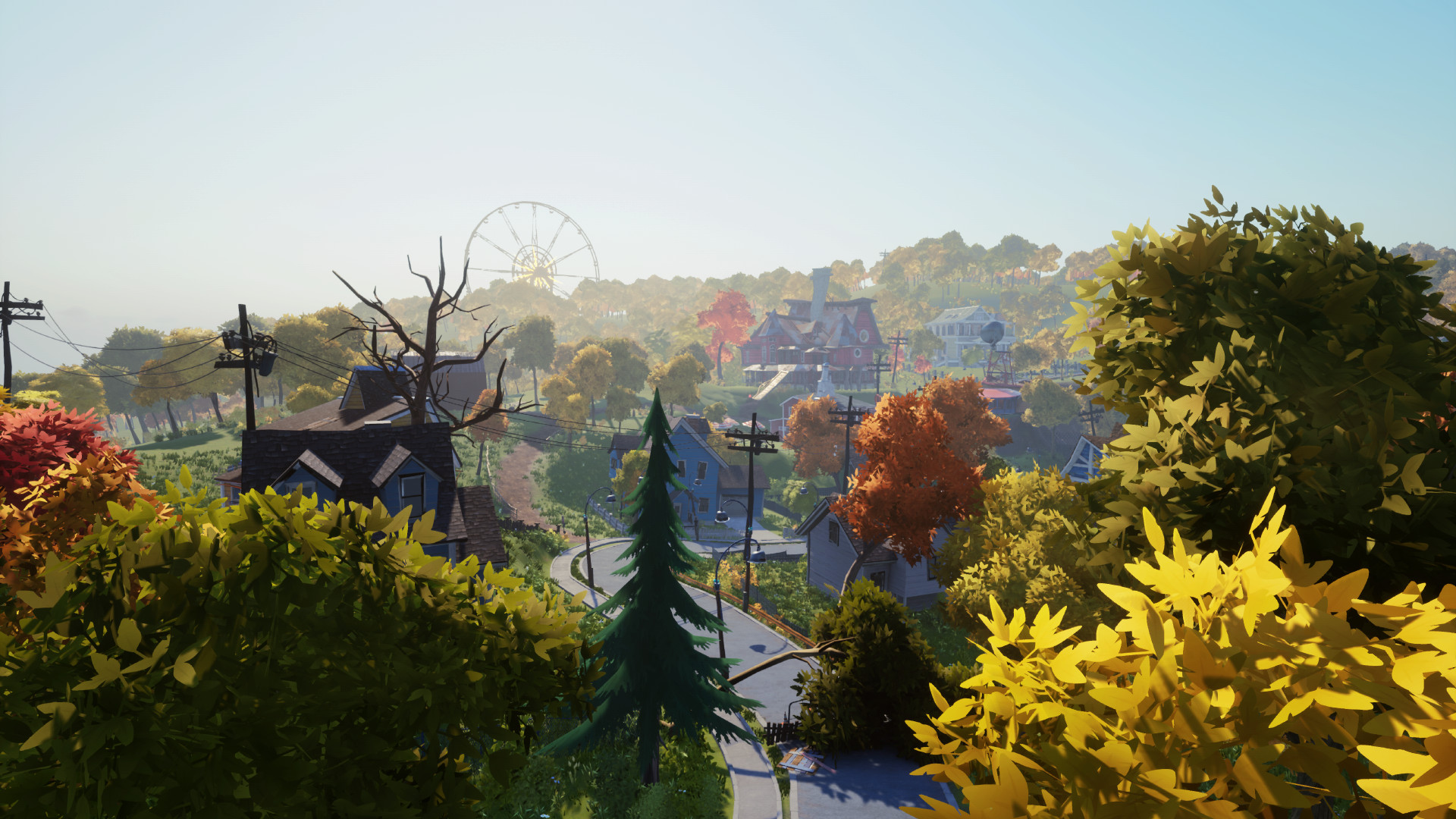 The world of Raven Brooks isn’t confined to a single house, this time expanding to the entire neighborhood. You’re free to go anywhere from the very beginning. Lead designer Nikita Kolesnikov couldn’t provide an exact size for the map but confirmed that “it absolutely will be bigger than the observable part of the Raven Brooks from the original game.” On top of characters to interact with, you also have various puzzles to solve. The idea is to offer a “dense environment where there is always something to do.” 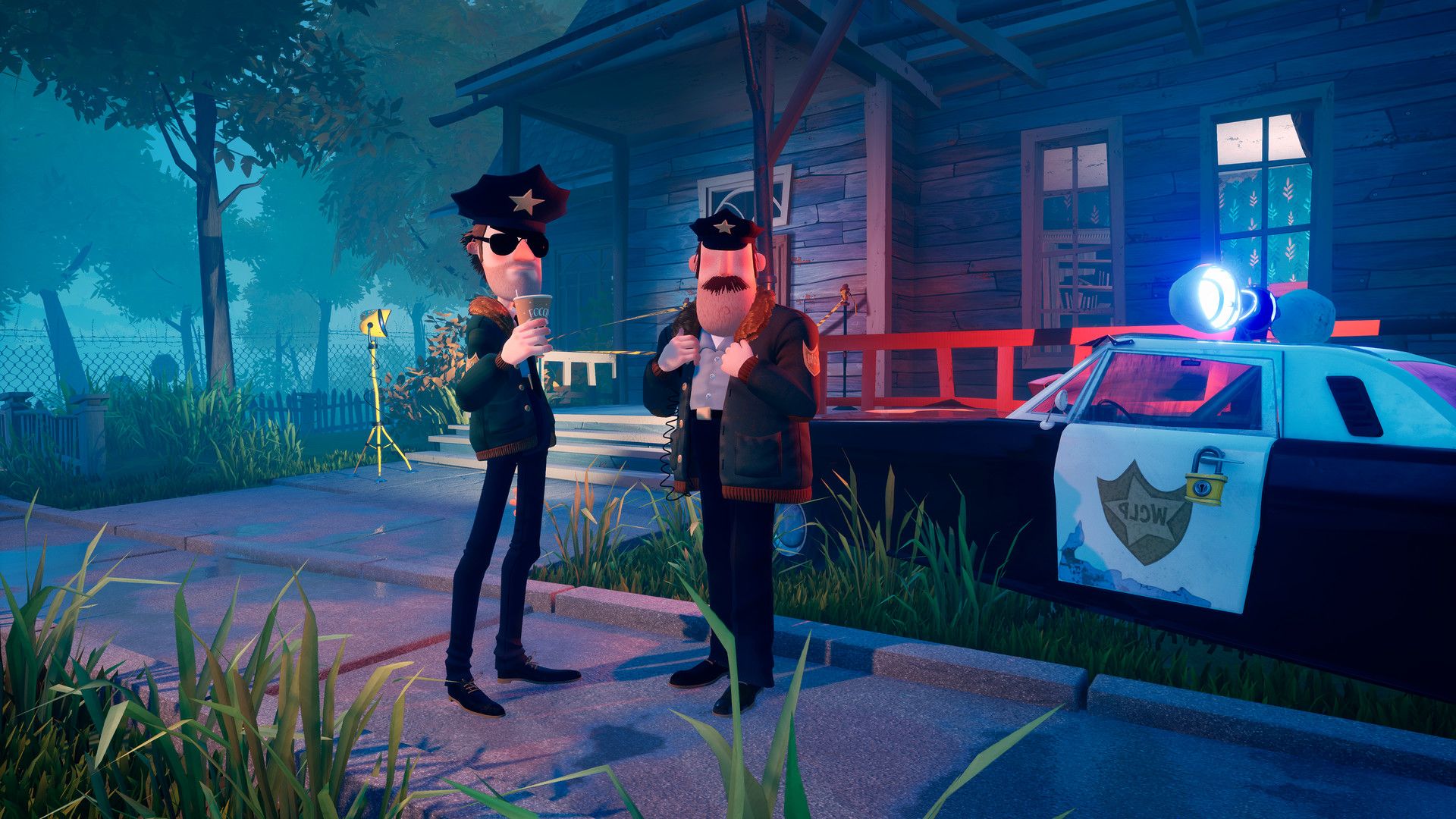 Another interesting gameplay mechanic is that the world will evolve as the player makes progress. Solving cases alters the behavior of the various AI, and there’s a mix of predetermined and procedural events. The goal seems to be taking the emergent gameplay that could occur in the first game (when it worked) and expanding its scale to that of an entire town. Of course, we’ll have to wait and see how well that works, but the premise is exciting. 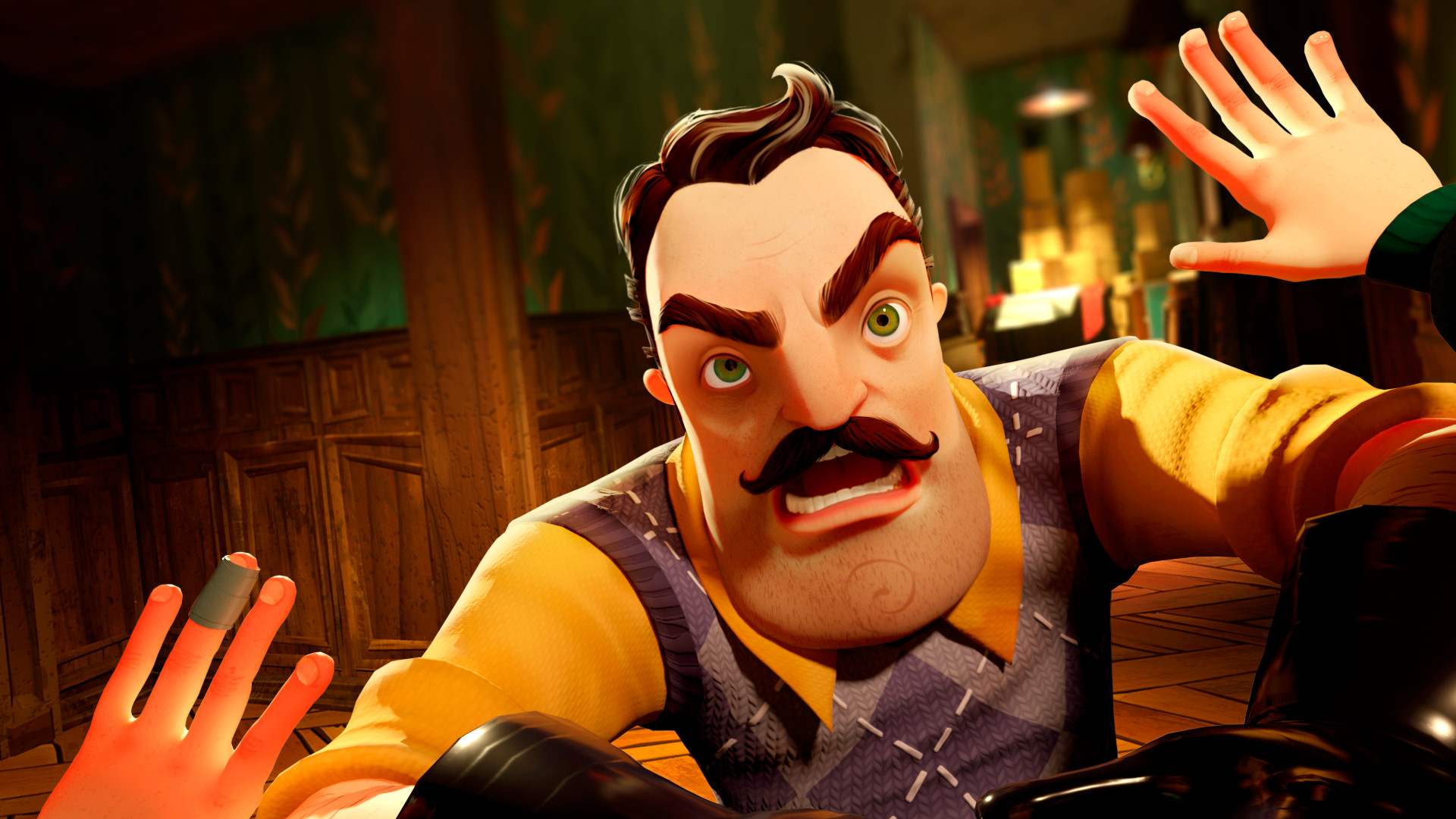 Among the many problems that the original Hello Neighbor had at launch was its controls. Movement felt floaty, and climbing got annoying quickly. The poor performance and bugs didn’t help either. The jury is still out on the latter two, but Hello Neighbor 2 is looking to fix the controls. Kolesnikov said that the team is trying to make them “much more fluid and flexible. Not only in terms of input but in terms of abilities to explore the world.” Climbing has also significantly improved as players can more freely explore the world. 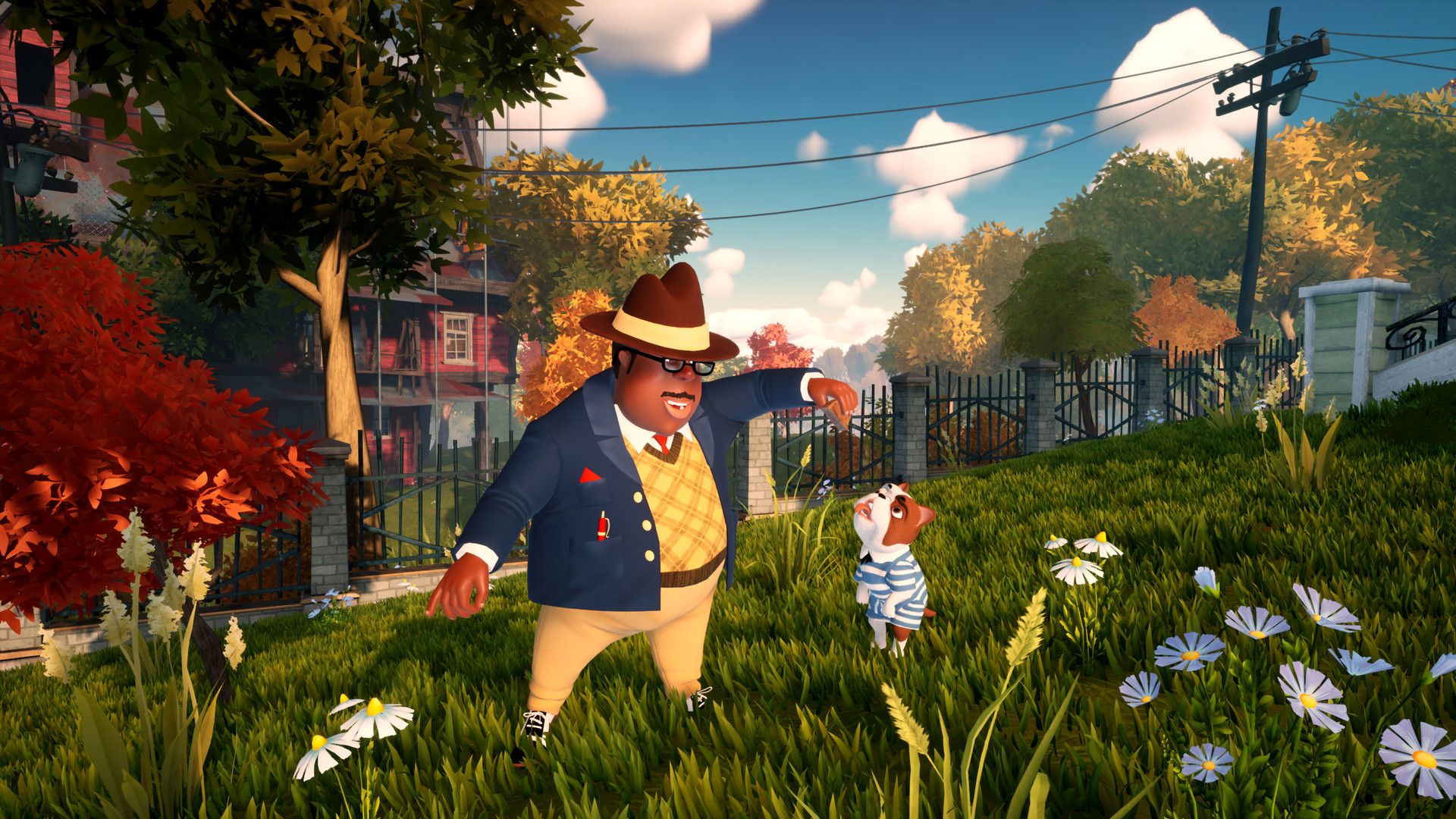 Despite its open-world approach, Hello Neighbor 2 isn’t going to dwarf its competitors in playtime. Kolesnikov believes it will take around eight hours “at the start” for an average playthrough. Of course, this could depend on several things, from how much side content and puzzles the player completes to replaying the game and discovering new AI behaviors. 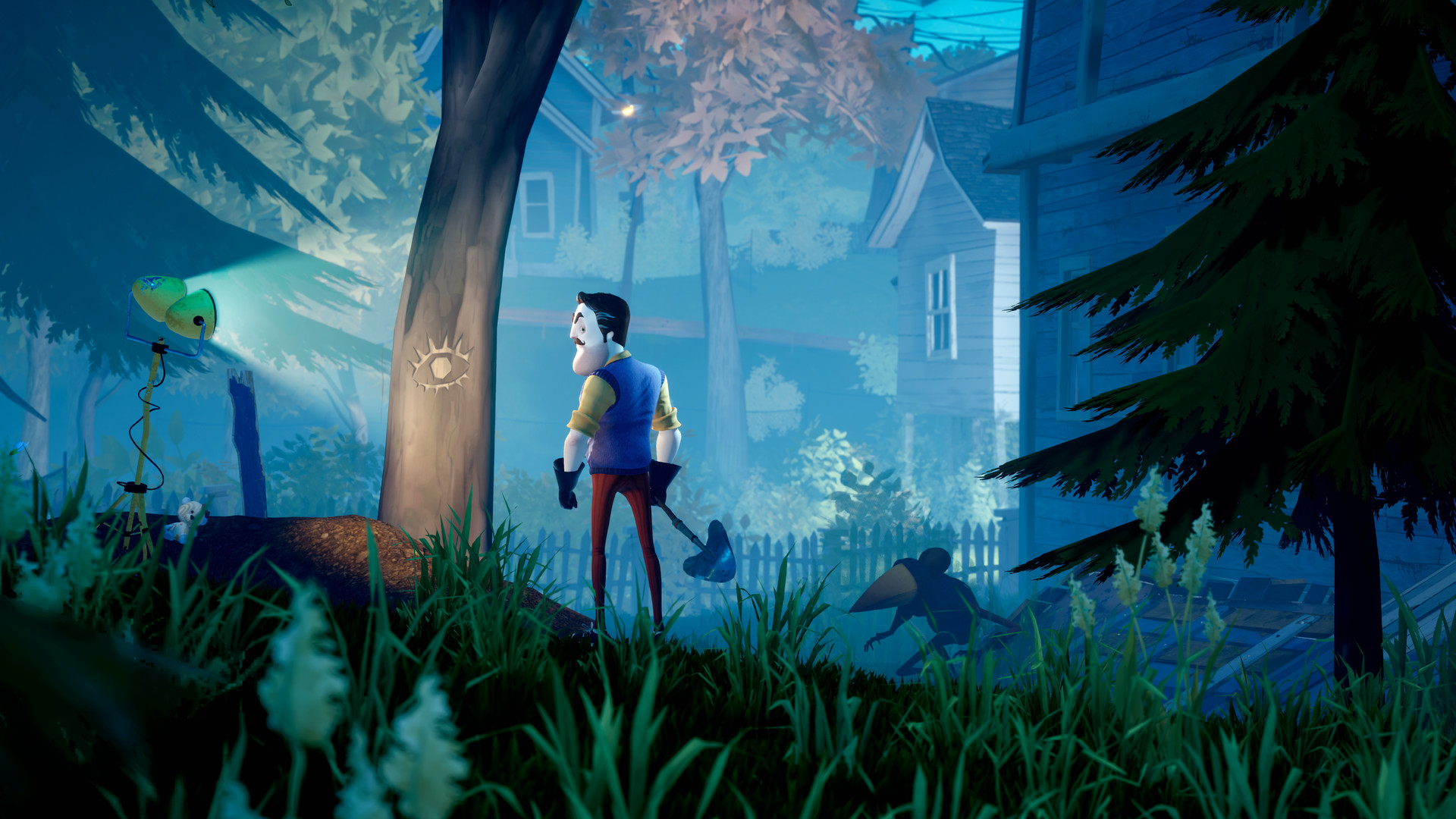 In terms of hardware requirements, PC players will need an Intel Core i5-4460 CPU 3.20 GHz, 4 GB of RAM, and an Nvidia GeForce GTX 960 at minimum to run the game. Recommended requirements include a Core i7-8700, 8 GB of RAM and a GeForce GTX 1660 Ti. Oddly enough, the installation size is yet to be confirmed. The second alpha required 4 GB of space, so expect that at the very minimum (obviously, the final game will be larger). Overall though, nothing too crazy or unmanageable by today’s standards. 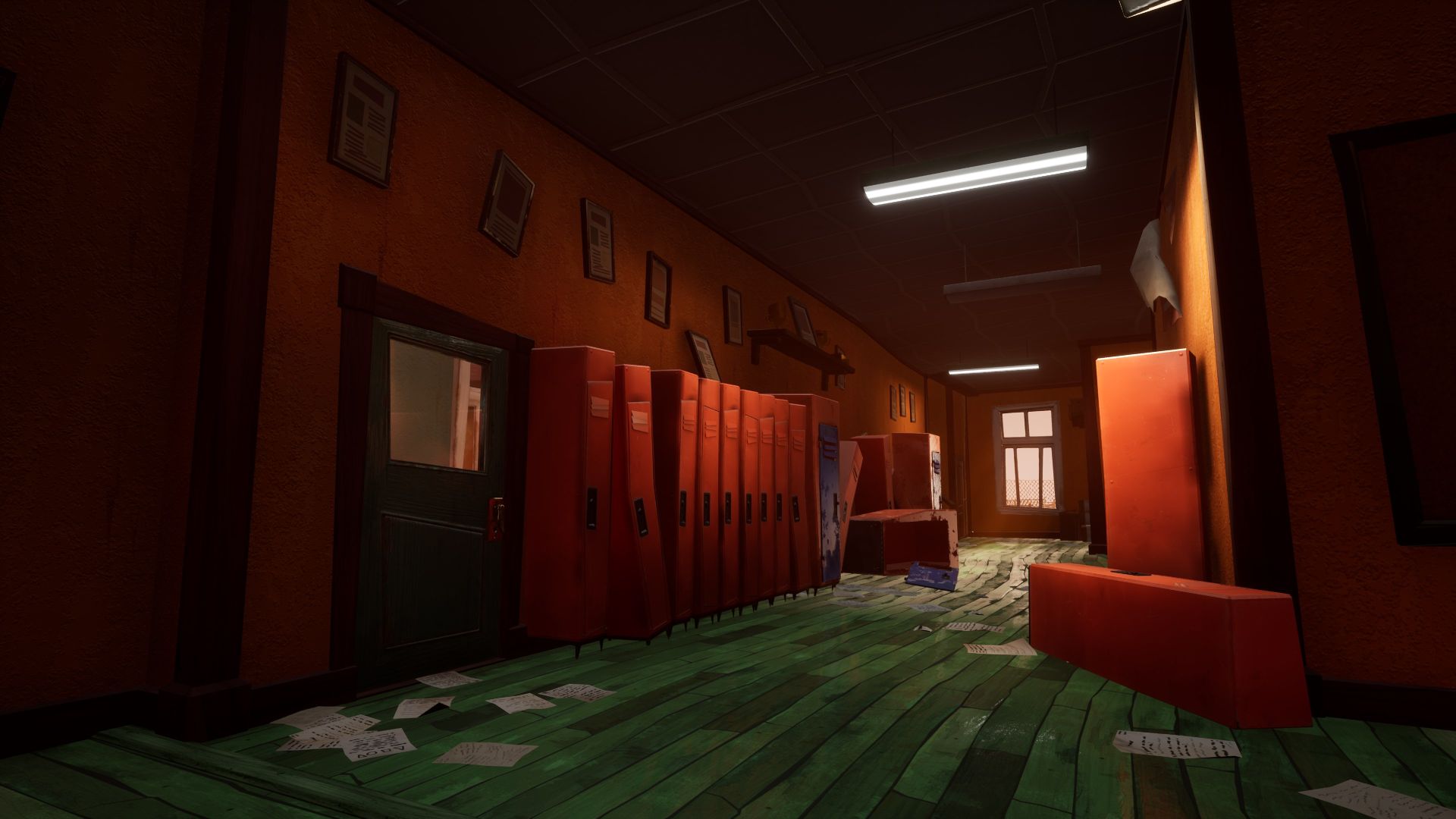 Hello Neighbor 2 sports not one, not two, but three significant pieces of DLC content at launch. These are Back to School, Late Fees, and Hello-copter. Each adds even more neighbors with special traits, new locations (including a school and library), and some “advanced investigative tools.” The latter seems to involve a drone that players can remotely pilot around, though further details have yet to be confirmed.

Aside from the Day One DLCs, there are also plans to “actively support the game after its release,” as per Kolesnikov. What these updates entail remains to be seen, but they’ll add to the overall playthrough time and expand on Raven Brooks overall.