Hello Neighbor 2's beta will be dropping very soon, on April 7th, while pre-orders for the game are now live as well. 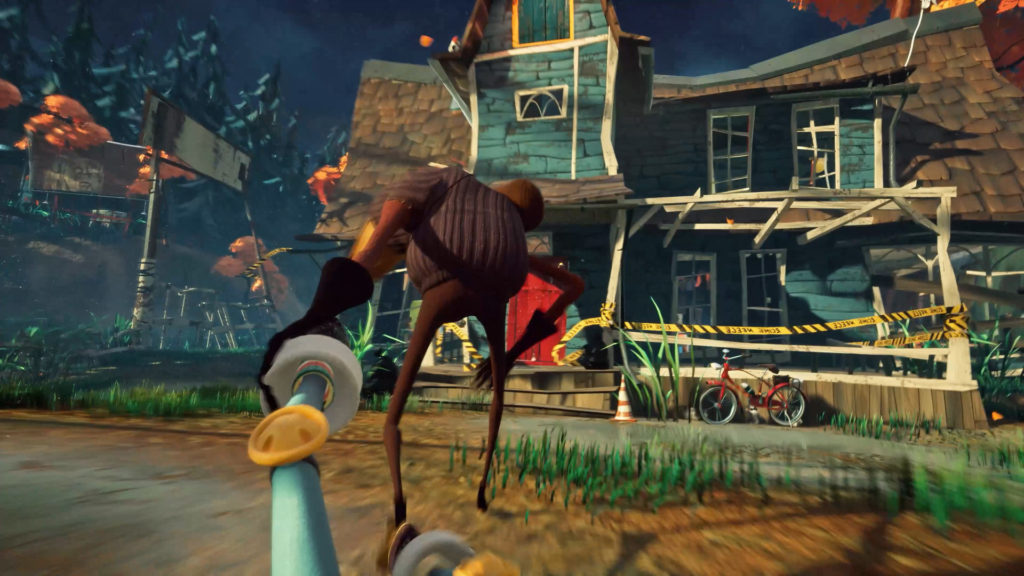 tinyBuild’s horror title Hello Neighbor might not have had the smoothest of launches, although its intriguing concept did leave a lasting impact on those who played it. As such, the developer is now back at it once again with Hello Neighbor 2, and is promising some interesting improvements.

On top of that, previously announced for Xbox platforms and PC, Hello Neighbor 2 will now also be dropping on PS4 and PS5- as revealed in a new trailer, which you can check out below. Hello Neighbor 2 will be expanding upon the foundations of the original, with a much more fleshed-out narrative where players will be assuming the role of a reporter investigating missing persons cases.

Additionally, there’s also the fully explorable open-world of Raven Brooks, which should provide many opportunities of snooping around restricted areas, with a persistent stalker character always looking to chase you down.

As detailed in a recent PlayStation blog, tinyBuild has a rather unconventional yet intriguing way of doing horror: “We approach horror in a more delicate way, doing away with the straight in-your-face classic horror aspects of the grown-up world. We’re working with more subtle things; creepy neighbors that you cannot trust, mysterious things that go bump in the night, a rural town with a secret, and the feeling of unease when you may be just about to uncover a skeleton in somebody’s closet,” the developer writes.

It’s also been announced that Hello Neighbor 2‘s beta releases on April 7, and pre-orders for the game are now live. Make sure to also can check out our interview with lead designer and series creator Nikita Kolesnikov through here.