Heroes of Dragon Age Released on iTunes and Google Play 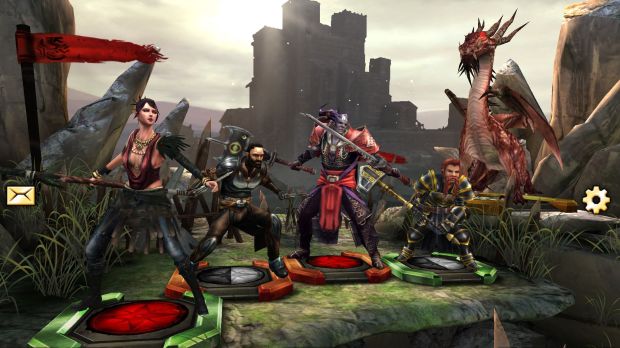 As if the release of Assassin’s Creed Pirates weren’t enough, EA has announced that Heroes of Dragon Age is now available for iOS and Android via Apple iTunes and Google Play respectively. It will be playable on iPhone, iPad, iPod Touch and various Android smartphones and tablets (though more powerful handsets will have an advantage).

Heroes of Dragon Age is developed by Inside Mobile Apps and is a free to play title that features strategic combat in which players will be able to collect more than 100 heroes – including dragons, golems and hopefully the Darkspawn as well – and have them fight other players in squads. You can also take part in quests and face bosses. Heroes of Dragon. Combine compatible heroes and runes and you’ll be able to enhance various statistics for your squad.

Will it be intriguing enough, considering that Dragon Age has faced a bit of a slump after the second game and Inquisition is still a ways off? We’ll find out.