Hideo Kojima is in a new collaboration with Square Enix

With the most recent collaboration of Kojima with Square regarding that they will release figures based off the character of Metal Gear Solid: Peace Walker. This collaboration was announced a few months ago during Peace Walker’s completion ceremony.

It seems like Kojima really likes  Square, and is up for another collaboration with them.

Announced by Kojima himself on his official Twitter, Kojima said, “A new promotion with Hideo Kojima is set. Details will be shared at a later date.”

With a recent image showing Hashimoto from Sqaure Enix with Hideo and Yoji Shinkawa (Metal Gear art director), and what looks to be like the game Front Mission Evolved in the TV screen, which might mean that this new collaboration might about this Square Enix title. 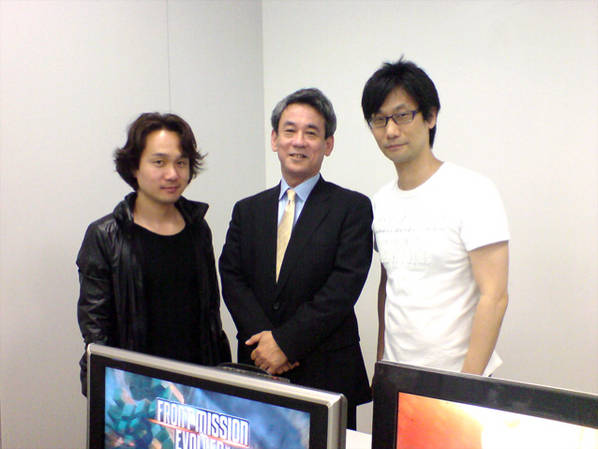 Kojima responded to the photo by later on updating his Twitter and saying, “A new collaboration with Mr. Hashimoto from Square Enix.”

Expect the full details to arrive at  “a later date”.