Here's what you'll need to be able to run the upcoming stealth game.

As we approach the launch of Hitman 3, more information is starting to emerge on IO Interactive’s stealth game. Recently, it was announced that it would be exclusive to the Epic Games Store on PC at launch (but would also allow Steam players to carry over progression from the first two games). Now, the game’s Epic Games Store page has been updated to confirm its system requirements.

On minimum settings, while you will need a pretty solid processor – either an 3.3 GHz Intel Core i5-2500K or an AMD Phenom II X4 940 – the graphics card requirements aren’t too hefty, needing either a GTX 660 or a Radeon HD 7870. On recommended settings, you’ll need a pretty beefy rig all around, with a 4 GHz Intel Core i7 4790 processor, and either a GTX 1070 or Radeon RX Vega 56 8GB. You can check out the full minimum and recommended requirements below.

A new trailer of the game recently revealed England as a new location, where players will be solving a murder mystery and eliminating a target. Check it out through here. 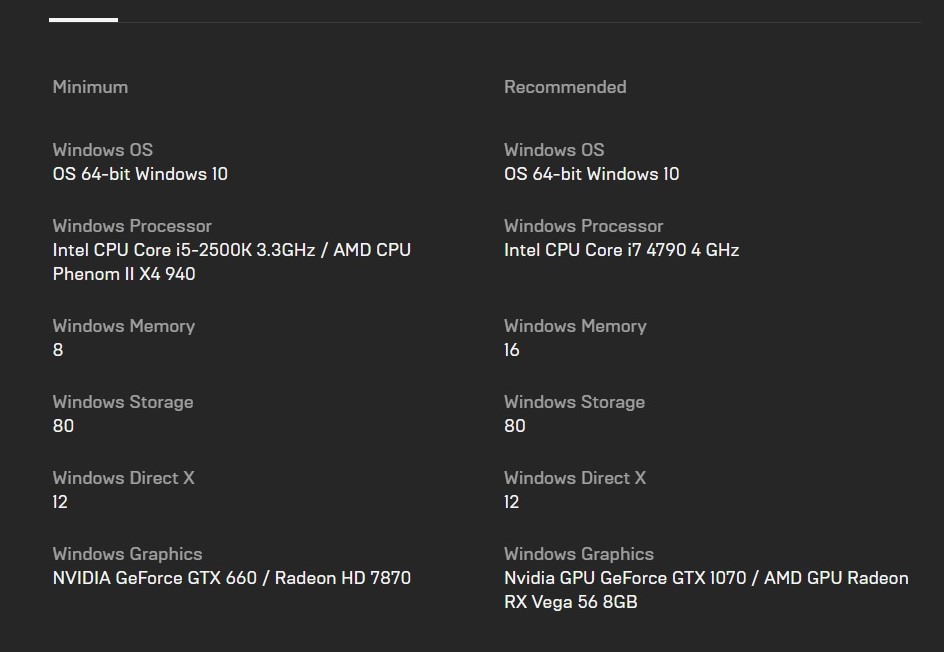