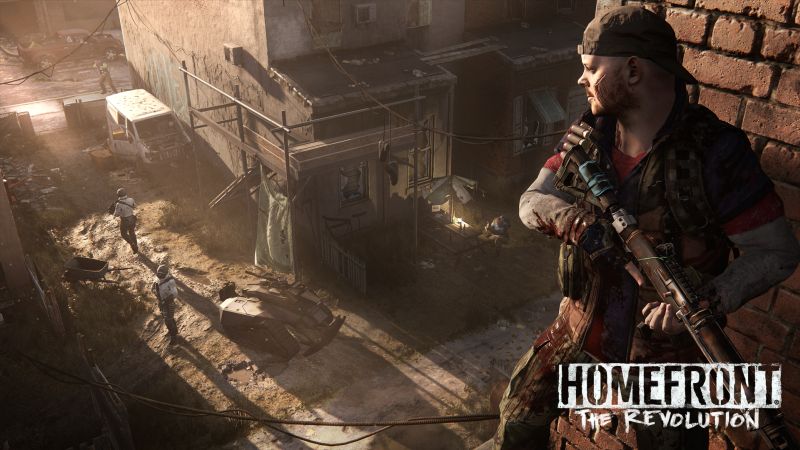 Are you one of the few, one of the brave enjoying Dambuster Studios’ Homefront: The Revolution? If so, then take note – along with free co-op multiplayer DLC into 2017, Deep Silver has announced three story DLC packs for the game.

These will include two smaller add-ons “The Voice of Freedom” and “Aftermath” which will add “several hours of original single-player content” to the game in 2016. In 2017, a “much larger expansion” titled “Beyond The Walls” will release. There’s no information on this larger expansion but we wouldn’t be surprised if it consisted of an entirely new city outside of Philadelphia.

You can purchase the Expansion Pass for the game (currently available with the digital Freedom Fighter Bundle) to receive access to all three expansions but standalone prices should be announced soon. The first free co-op mission update will be arriving in June so there’s plenty to keep players busy in the meantime.

How are you liking Homefront: The Revolution thus far? Let us know in the comments.