After a delay, Sony recently held its livestream event showcasing PlayStation 5 titles in production. In part one of this piece, we’ll be looking at Horizon: Forbidden West, Project Athia, and Marvel’s SpiderMan: Miles Morales. While most of the footage on display was “in-engine,” the glimpses of realtime gameplay give us a lot to work on. In the months to come, it’ll be interesting to see just how closely actual PlayStation 5 gameplay hews to these target renders.

Horizon: Forbidden West is built on the Decima Engine, the same technology powering Horizon: Zero Dawn and Death Stranding, two of the most technically accomplished games of the eighth-generation. Looking at the PlayStation 5 reveal trailer for Forbidden West, it’s possible to get a reasonable picture of what Guerrilla Games is capable of doing on Sony’s ninth generation platform. It’s important to keep in mind, though, that we’re looking at what’s most likely in-engine footage there’s a chance that the finally shipping code on PlayStation 5 might differ. Let’s analyze what we do have on hand, though.

Decima features one of the most accomplished temporal anti-aliasing solutions we’ve seen this generation and Forbidden West makes full use of it for great aliasing covering with a minimal hit to image quality. Both in motion and in still shots, aliasing coverage is consistently excellent, including high frequency detail like hair.

Talking about high-frequency detail, this is an area where Horizon: Forbidden West pushes the graphical envelope well beyond what’s possible on the PlayStation 4. In closeup shots of the ground, it’s possible to make out incidental details, like pebbles, comprising real geometry. While techniques like parallax occlusion mapping and tessellation will likely continue to be in use, the PlayStation 5 has enough raw rendering power to display a lot of more onscreen detail as real polygons.

Model complexity also appears to have improved substantially, especially on “less important” objects. Mesh density was already very high in Horizon: Zero Dawn, particularly for main characters like Aloy. Here, though, we see an added level of care and a greater level of geometric complexity on the ground, and even with small animals. Unlike with the PlayStation 4, Guerrilla evidently doesn’t have to prioritize its polygon budget just a few important models. 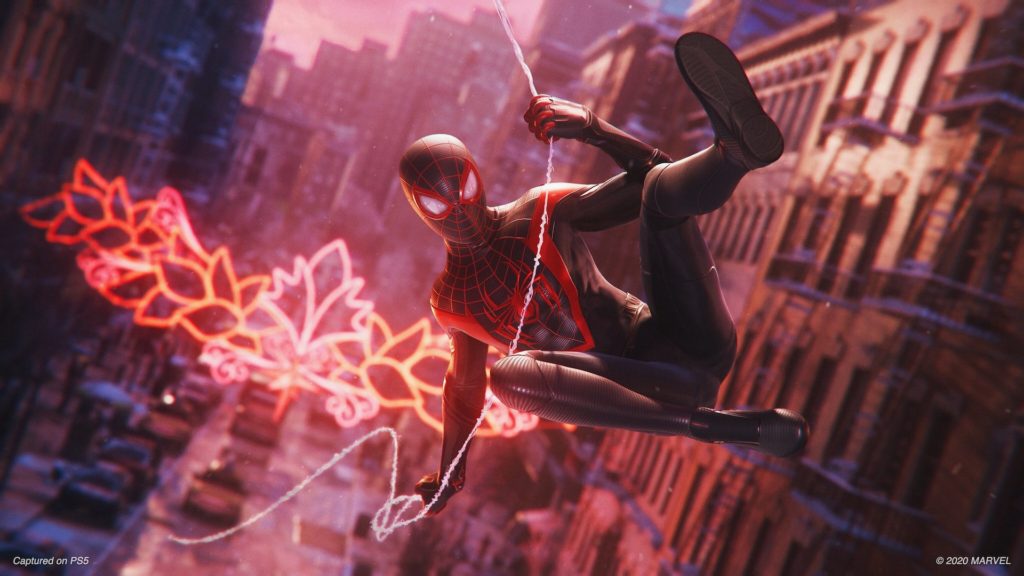 This onscreen detail isn’t limited to the player’s immediate vicinity. In panning shots, we see a high level of detail maintained well off into the distance. In a forest scene, we see trees with a lush number of branches and greenery, rendering at a high level of fidelity for what looks to be kilometers on end. During Epic’s Nanite demo, we got a taste of how the PlayStation 5’s fast storage can potentially revolutionize LODs in gaming. We’re not sure if Guerrilla’s taking the same approach here, but blocky, lose-res distant LODs seem to be a thing of the past in Forbidden West.

While the entirety of Guerilla’s Horizon: Forbidden West trailer was in-engine footage, Square Enix offered us a more realistic perspective of what their PlayStation 5 game looks like. We got a healthy dose of Project Athia footage and real-time, in-game action. The in-engine material was significantly less impressive than the jaw dropping “in-engine” content. Nevertheless, it showcases significant improvements to Square Enix’s technology, over and beyond what was done on PlayStation 4. Extensive LODs are quickly becoming a talking point when it comes to ninth-gen graphics and it’s no different with Project Athia. In the real-time sequences, we see high quality distant foliage and geometry with minimal or no pop-in at all. Foliage and incidental detail render out at a much farther range than we expect from a PS4 title. 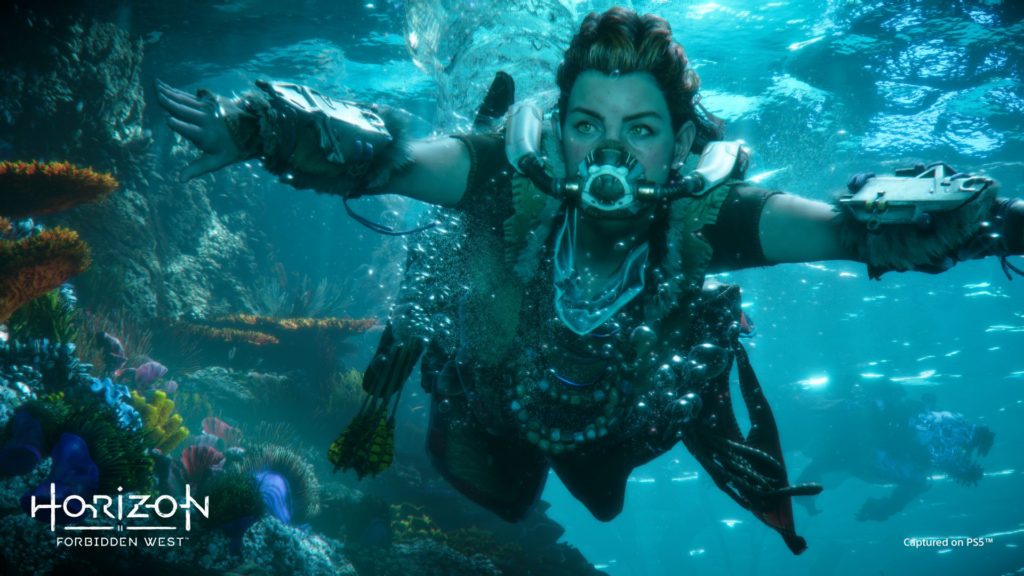 Moreover, foliage and debris density are far greater than on current-gen titles. We see extensive use of volumetric lighting and particle volumes. Unlike with current-gen titles, we expect to see full-resolution implementations of these effects. Lastly, while cloth and soft body physics aren’t exactly rare in eighth-gen titles, it’s interesting to see accurate, high fidelity cloth physics on the player’s cape. The number of joints enabling movement appears to be higher than is typical in eighth-gen titles.

Insomniac Games described Spider-Man: Miles Morales as an “expansion” to Spider-Man on the PlayStation 4. However, after watching the trailer, it’s evident why Insomniac had to clear the air: a number of key technical improvements mean that Miles Morales is a genuine step above what we saw in Spider-Man 2018, itself a landmark technical accomplishment on PlayStation 4. While it doesn’t say so explicitly, the Miles Morales trailer appears to feature a combination of in-engine footage and realtime gameplay – or at least a “target render” of what real-time gameplay looks like. This gives us a better frame of reference to gauge the level of technical advancement. Character models render in at a very high fidelity. Miles’ face, when he takes off the mask, is very complex.

Hair rendering in particular is well beyond what we’re used to seeing on PlayStation 4. The quality of the hair leads us to speculate that Insomniac may actually be leveraging real polygons and not a cheap shader effect. This has major implications for ninth-generation titles. Hair has been something of a sticking point for at least the past ten years. Seventh-gen consoles didn’t quite have the rendering power to deliver realistic hair. As a result, developers often resorted to “helmet hair” with close-cropped styles in games like Mass Effect 3. 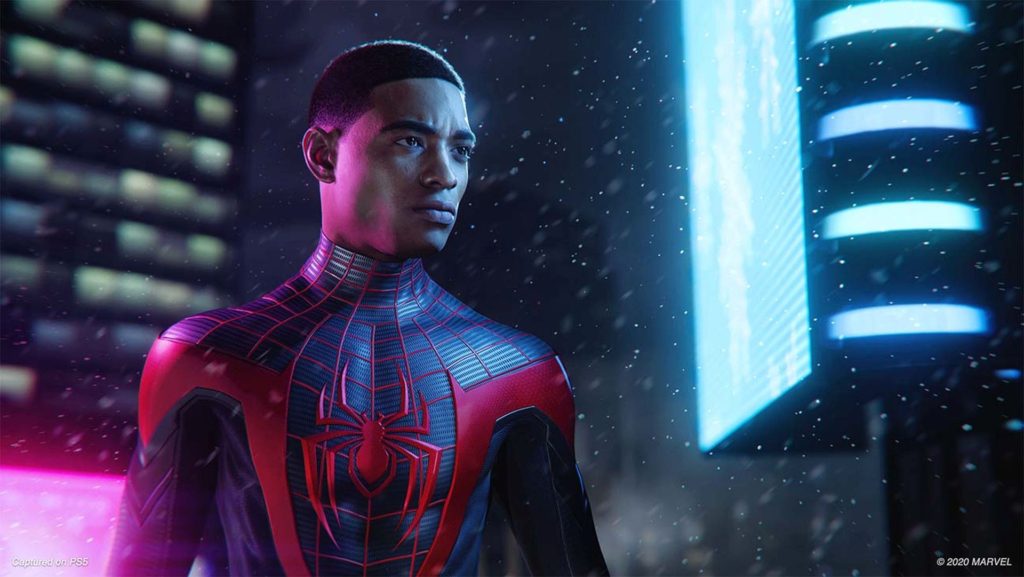 In the eighth-gen developers frequently used layered alpha textures, essentially creating wedges of hair. With the PlayStation 5 offering an order of magnitude more raw processing power, it appears like we might see full-on geometry-based hair rendering in ninth-gen titles. This isn’t the only area in which SpiderMan: Miles Morale shows off its technical prowess.

Slowing down the very brief, fast-paced “real-time” footage, we came to some interesting conclusions. For starters, as with the other titles here, draw distances and LODs are positively decadent. When Miles leaps into the air, it’s possible to see incidental details rendering in on rooftops hundreds of meters away. This is yet another example of the death of ugly mid-distance LODs, something that plagues more eighth generation titles than we can count.

When the camera pans down to ground level, we see some more interesting tech signposts. Real-time reflections appear to be in use here. We can’t be sure if Insomniac is deploying a ray-tracing solution here. However, it’s possible to see pedestrian reflections in puddles of water at a distance from the camera. Miles Morales also makes extensive use of high quality post-effects. We’re seeing more accurate depth-of-field and motion blur than is common in eighth-gen titles.

It will be very interesting to see how games on PS5 will evolve in the next few years, especially given how amazing these early games are already looking.