The PS4 classic finally comes to PC – here’s everything you need to know.

They said it would never happen but lo and behold, Guerrilla Games’ stellar Horizon Zero Dawn is coming to PC on August 7th after first releasing in 2017 for the PS4. As the Complete Edition, it has all of the free updates and The Frozen Wilds expansion along with the base game. For those who have never looked into it or are re-experiencing it again on PC, here are 10 things you need to know before buying.

Horizon Zero Dawn is set in a post-apocalyptic future. Humanity consists of tribes with outdated weapons like spears, bows and arrows, and the use of technology is fairly limited. That being said, along with natural flora and fauna, the world is full of huge Machines in the shapes of dinosaurs, alligators, and much more. The story begins with Aloy, an outcast from the Nora tribe, and her goal to become a full-fledged member. When the competition to become a Nora Brave is interrupted, Aloy sets out on a journey to uncover her past, under this new “Derangement” befalling the Machines and maybe learn more about the Old World while she’s at it.

At its heart, Horizon Zero Dawn is an action adventure game set in an open world. Various RPG elements like outfits with different stats, various weapons and ammo types, modifications, crafting materials and so on are included along with skill trees for abilities. Said abilities include silent take-downs from above, slowing down time while aiming and increased damage for strikes. There’s a “hunting” element underpinning the experience as you craft traps, target specific weaknesses on Machines and exploit various resources.

In terms of open world activities, Aloy will take down bandit camps, investigate Corrupted Zones to root out the Machines embedded within, partake in Hunting Grounds which pose unique challenges and puzzles and investigate the mysterious Cauldrons. One nice approach to the typical “open world tower” formula are the Tallnecks, which are Machines that patrol specific areas and must be jumped on from a certain point to access. Various side quests and towns, collectibles and whatnot round out the experience. Suffice it to say that there is a lot to keep you busy. 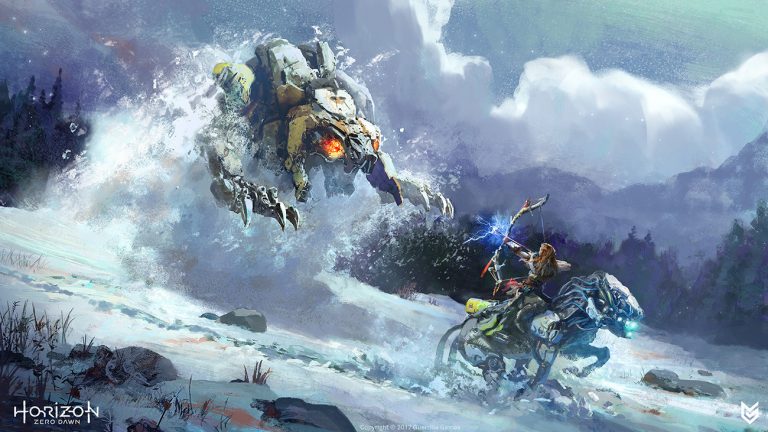 Along with the base game, PC players get The Frozen Wilds expansion. This adds a new region, a new story and characters, new Machines, a new Machine type and Control Towers. Of course, you also have new weapons and outfits to earn on top of this. It’s not the biggest expansion out there but The Frozen Wilds should still occupy you for an additional 15 to 20 hours, especially when trying to collect everything.

On the PS4, the game only supported 1080p resolution. On the PS4 Pro, the game runs in checkerboard 4K. The PC version, by comparison, supports resolutions higher than 1080p right off the bat with ultrawide screen support. Of course, it’s all the more impressive when you factor in…

For all its graphical prowess, Horizon Zero Dawn on PS4 still runs at 30 frames per second. It’s pretty stable, don’t get us wrong, but PC players will have the benefit of an unlocked frame rate at launch. Finally, the world can be experienced in 60 frames per second, or even higher if you have the hardware for it, making the action all the more endearing.

As noted already – and which you’ll be hearing a lot more of before this is over – Horizon Zero Dawn is simply gorgeous. It’s only three years old but given all the other incredible looking games that have launched in that time, it’s astounding to see how well the experienced has aged. The good news is that Guerrilla Games has polished the visuals even more on PC. There’s now dynamic foliage which moves realistically and naturally reacts to any deformations. Reflections have also been improved, making those lake-side battles all the more stunning. 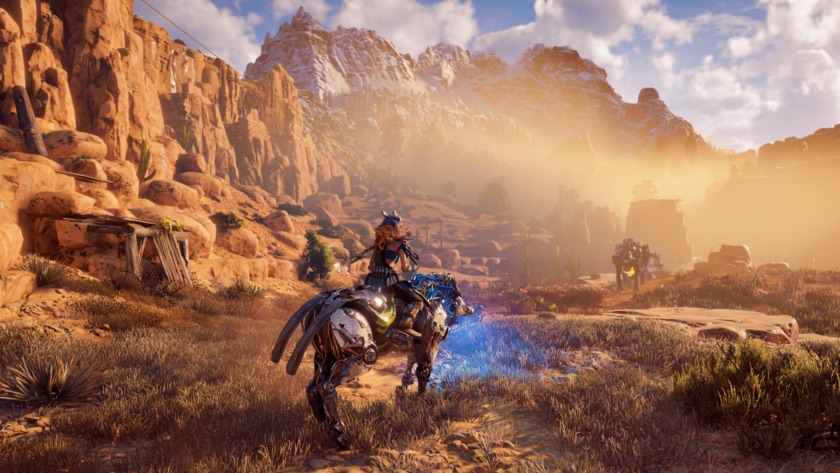 In terms of other graphics options, Guerrilla Games isn’t slouching. Along with a field of view slider that goes up to 120, there are options for adaptive frame rate performance, FPS limit, render scale, refresh rate and HDR rendering. You can also tweak the quality of the textures, anti-aliasing, motion blur, ambient occlusion, clouds, reflections, shadows, anisotropic filtering and model quality. And if that wasn’t enough, there’s a built-in benchmarking tool to help test various settings, indicating the average FPS, FPS for GPU and CPU and more. It’s fairly in-depth and a welcome tool to help find the settings for you. 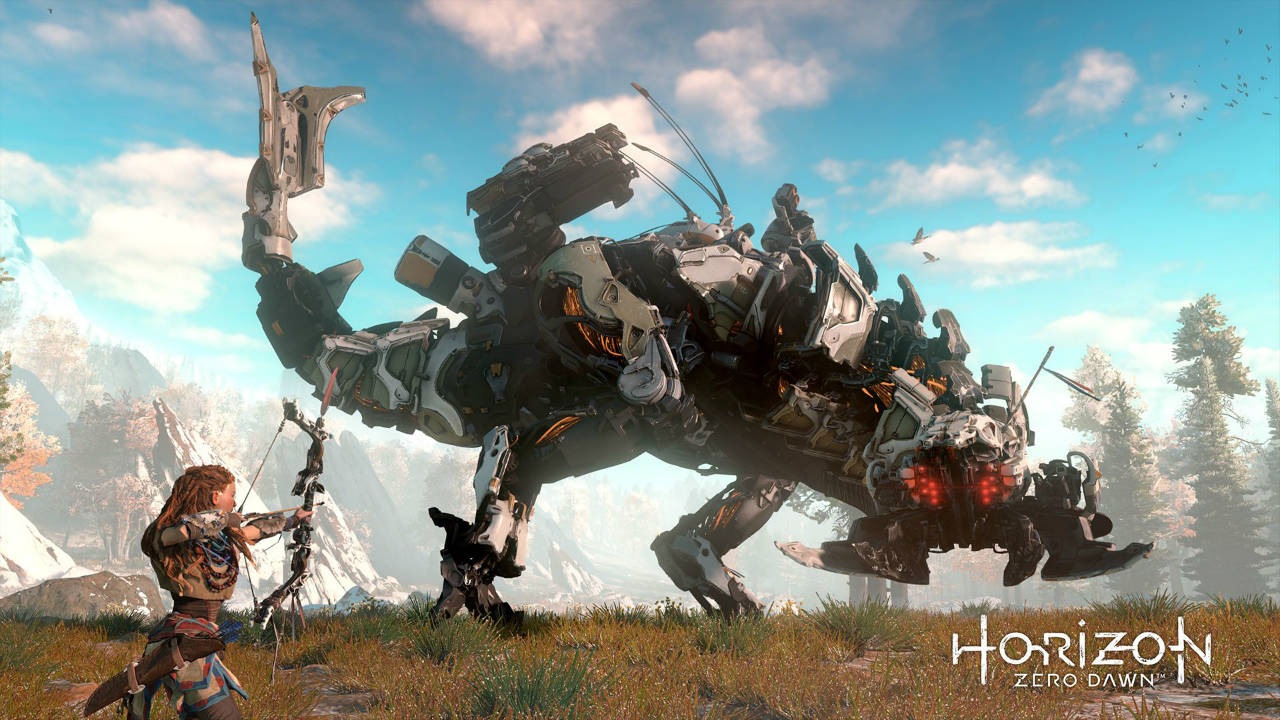 Keyboard remapping is included, allowing you to bind keys as necessary, and you can also toggle mouse sensitivity along with sprint toggle. Assigning secondary functions to keys is fairly standard but a welcome addition all the same. Those who prefer playing on controller are in luck as well. Along with Xbox and DualShock 4, Steam controllers are also usable. 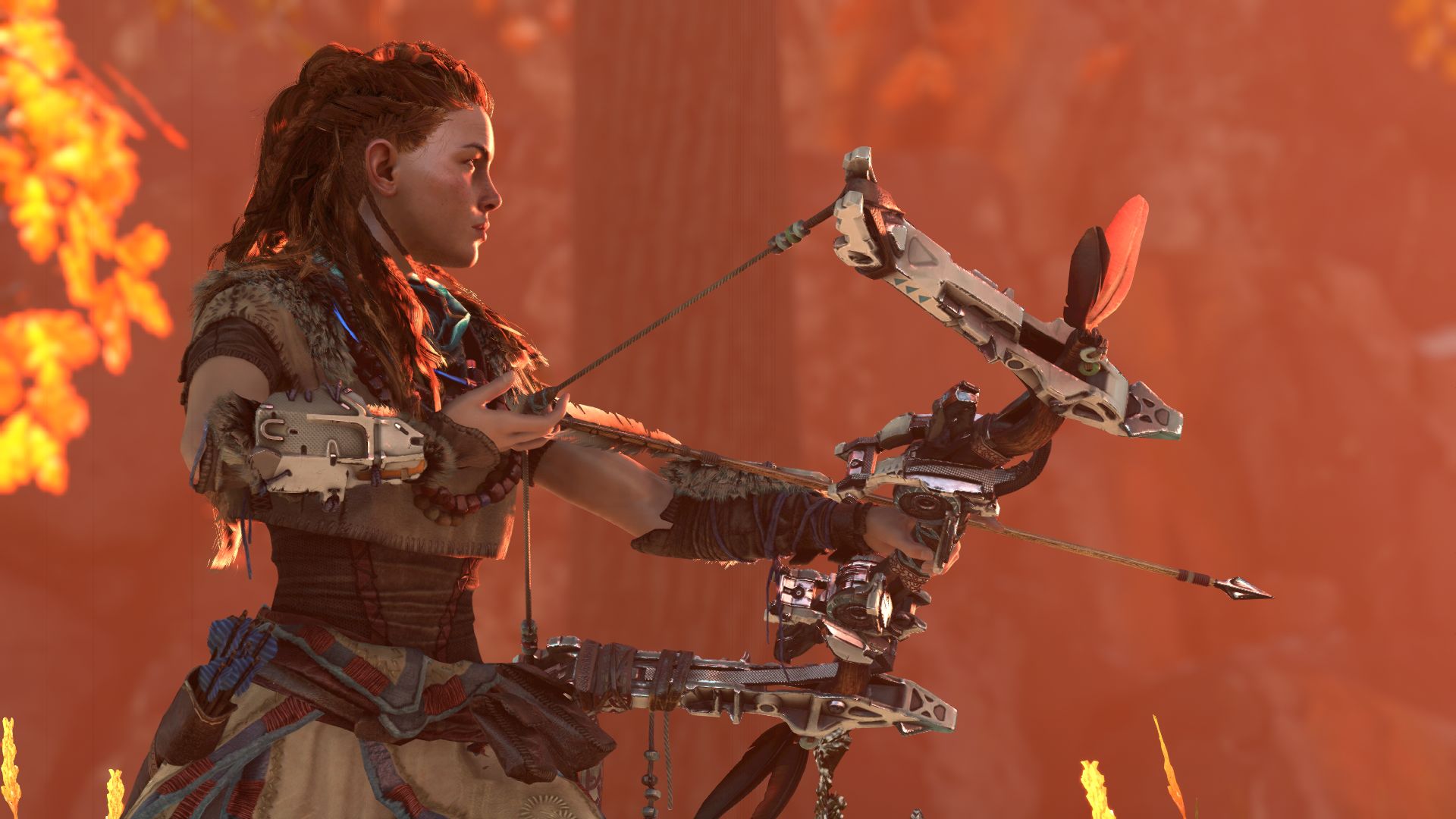 Since this is the Complete Edition, you’re getting a little more than just the base game and The Frozen Wilds expansion. You get the Carja Storm Ranger Outfit – which reduces melee and ranged damage taken – along with the Carja Mighty Bow and Carja Trader Pack in-game. There’s also the Banuk Trailblazer Outfit which boosts all resistances, the Banuk Culling Bow and Banuk Traveler Pack. You also receive the Nora Keeper Pack and a digital art book. Overall, it’s pretty good value especially when factoring in everything else. 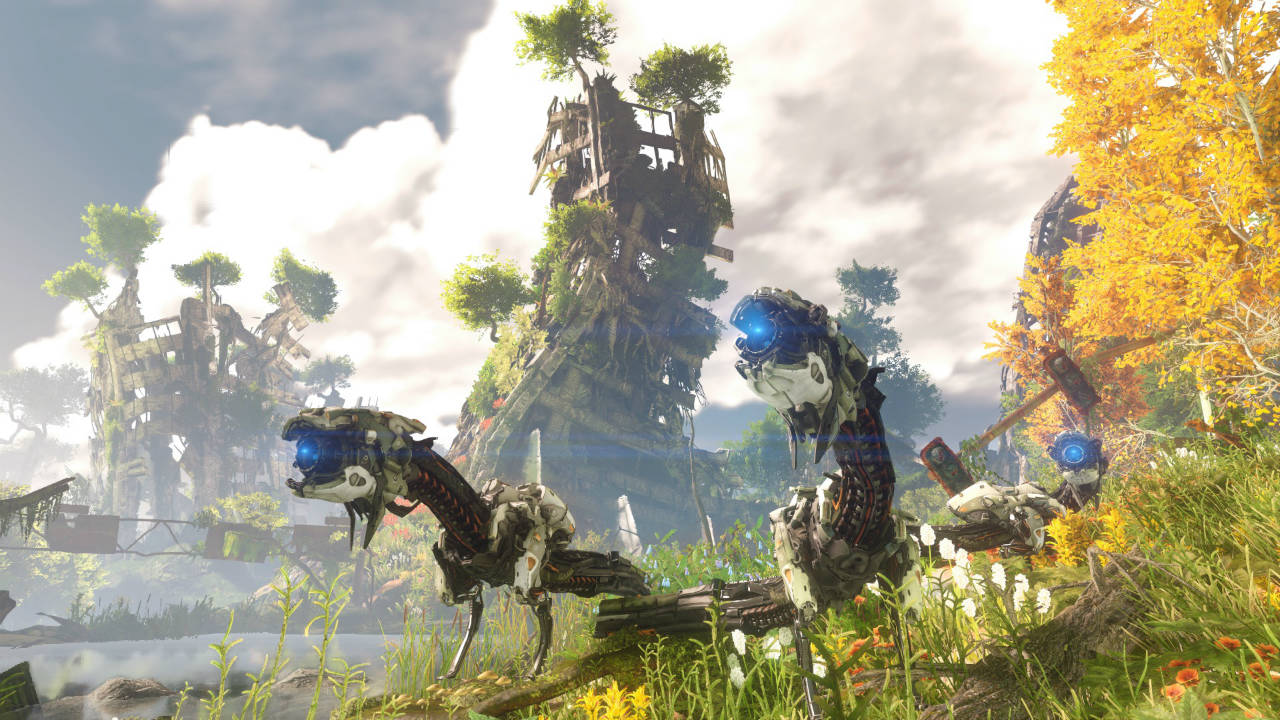