Doubling down on the game’s strengths. 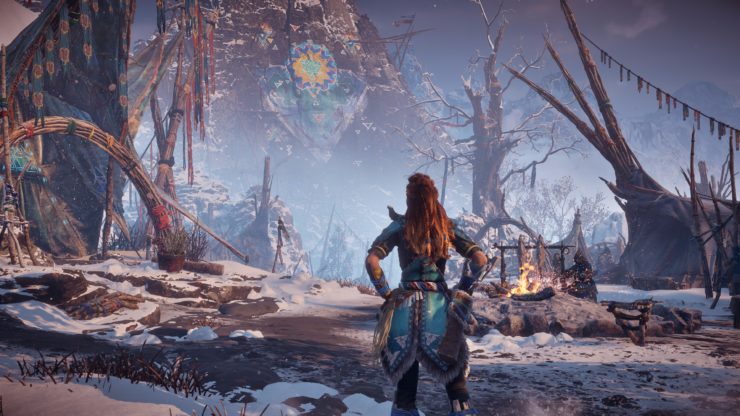 Horizon: Zero Dawn is one of the best games in a year full of them. And one of the things about it that stood out the most was the incredible world building and characterization that the game nailed, along with excellent open world gameplay.

And the upcoming expansion for the game, The Frozen Wilds, which launches on November 7, will apparently double down on those strengths. Speaking to Finder at PAX Australia, Tim Stobo, lead quest designer on the expansion, noted that doubling down on meaningful character interactions would be one of the primary things the expansion would be doing.

“We knew this going in, but what we learned from the release of Horizon: Zero Dawn is that there are characters that fans absolutely love,” Stobo said “There are always characters that we love as well, but it’s always interesting to see which ones stand out. We basically redoubled our efforts to find ways to have more meaningful interactions between Aloy and characters. There are just more people in the world that you can have deep relationships. That’s really important for us in the questing.

“I don’t think our quest design process has necessarily changed that much, but what we have seen is there are a lot of quest types that resonate with players. I can’t go into the specifics of them right now, but basically we’re always interested in telling really interesting stories and having really memorable characters that players can interact with and have a relationship with. That is a really big part of our process, is working to develop stories and characters that will be memorable for players, across Horizon and The Frozen Wilds.”

I do like that they know their strengths, and they are doubling down on those. Horizon played well, but arguably the reason it caught everyone’s imagination was because of its excellent storytelling and characters- more of that should end up appealing greatly to the fans that it does have. Horizon: Zero Dawn: The Frozen Wilds will launch exclusively on the PS4 next week, on November 7.