As games become more real, the tools used to create them have become more complex. This is no more apparent then in the physics simulation that games have been forced to adopt. Havok has been the authority on video game physics simulation, offering realistic explosions, animations, destruction and movement for each platform. From legendary titles such as Half Life 2 to recent titles like Killzone: Shadow Fall, Havok Physics has been a part of every major title for more than 150 titles for the past decade or so.

GamingBolt recently had a chance to speak to Havok’s head of product management Andrew Bowell about their next-generation focus, various aspects of Havok Physics 2013 and much more. 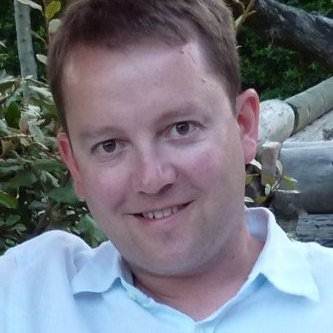 "Havok has a long history of multi-core support. When the early devkits for Xbox 360 and PS3 were being circulated in 2005 it was clear that the shift to multi-core was fully underway and would be a major feature of the console hardware landscape."

Rashid Sayed: Havok has already made the jump to next generation when it announced the next iteration of Havok Physics. How are you making sure that the latest iteration will effectively utilize CPU cores on next gen consoles?

Andrew Bowell: Havok has a long history of multi-core support. When the early devkits for Xbox 360 and PS3 were being circulated in 2005 it was clear that the shift to multi-core was fully underway and would be a major feature of the console hardware landscape. Since the previous console era, Havok has had the advantage of targeting two console generations and numerous major revisions of our technologies.

This has allowed us to be heavily optimized across the board for many core CPUs. With the very latest iteration of Havok Physics 2013, we have been able to push the envelope even further. The goal for software targeting multi-core CPUs is two-fold: firstly you want to remove or minimize any single-threaded only bottlenecks and secondly you want to smoothly and evenly utilize all available CPU cores. With Havok Physics 2013 we have been able to reach both these milestones allowing us to fully multi-thread our engine in all areas and also scale utilization linearly across all available CPU cores

Rashid Sayed: What kind of improvements have you made to physics simulation, the constraints, and plugin support for the next gen Havok physics?

Andrew Bowell: Havok Physics 2013 was an opportunity for Havok to go back to the drawing board and look at what we had learnt from many years in the Physics business. Interestingly after speaking to customers and listening to their plans for next-gen, the design goals boiled down a few key areas. 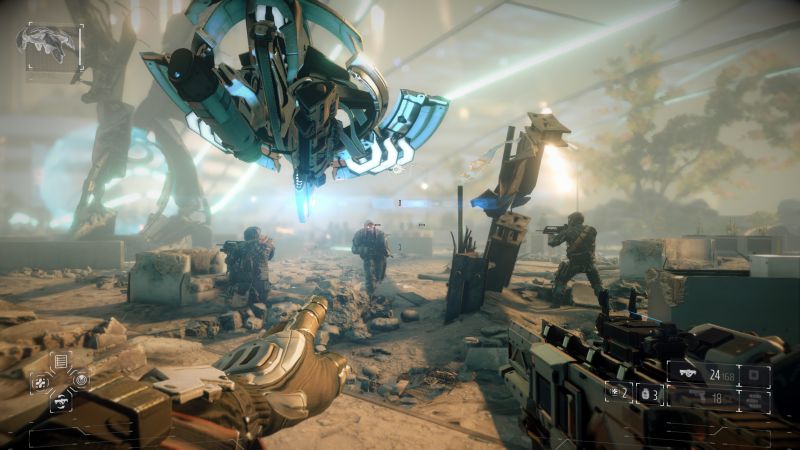 "Each new console cycle provides an opportunity for developers to take stock of their technology stack and assess how they plan to make games for the next-generation."

Rashid Sayed: Can you talk about the different difficulties that developers are facing while transitioning to these next gen consoles and how are you helping them to achieve their goals?

Andrew Bowell: Each new console cycle provides an opportunity for developers to take stock of their technology stack and assess how they plan to make games for the next-generation. With each console cycle the trend has been similar – developers want to make more awesome games, but with a smaller or the same budget in the same or less time.

Havok really helps developers when they come to assess how they can achieve more with less. As developers look through their technology stack they may focus on specific areas they want to improve, for example – higher fidelity physics, next generation character technology, more realistic AI, supporting more platforms. In each of these areas, and more, they have an opportunity to leverage technology from Havok. This allows them to focus on their own game design ambitions, as opposed to having to build technology and in some cases re-invent the wheel.

Rashid Sayed: Given that the PlayStation 4 and Xbox One feature massive amounts of RAM, I am sure developers will be willing to do more. Given that you work with game developers closely, how do you make sure that you fulfill that ‘all of a sudden’ and  ‘not in the box’ type of requirement?

Andrew Bowell: Developers have long dreamed about more RAM. RAM has been so scarce over the last 20 years in console hardware that I feel many prayers have been answered this time around. However it will take absolutely no time for artists to use all available RAM, even 8 GB, you can be sure of that. In terms of Havok technology, it has always been our goal to enable developers to do more with less.

Even with the large amounts of RAM available, the developers will still find ways to use even last byte. To that end, it is always a requirement for middleware to have the smallest possible memory footprint. This is also becoming even more of a requirement as console developers look at ways to bring their title to mobile platforms.

"With regard to environmental effects, that is definitely going to be a feature of next generation games. The first step was simply getting real-time clothing onto characters, this was starting to become a feature of games at the end of the last generation."

Rashid Sayed: As most next gen games will have wide and open worlds, having dynamic destruction will no doubt put the new systems to test. Last generation, some games had decent static destruction effects but that was somewhat balanced by the drop in frame rate. How are you planning to correct this?

Andrew Bowell: Interestingly the biggest bottleneck with destruction performance is your underlying physics and rendering engines. Destruction is just about breaking things apart, that part can be relatively well streamlined and optimized from a simulation performance standpoint. The real simulation cost comes from the thousands of new dynamic objects that have come from that massive explosion for example.

Being able to support large scale destruction in games was a big motivator for our new Physics engine. With our latest release you can simulate many thousands of dynamic objects in complex environments allowing for really impressive and wide ranging destruction effects. With rendering, this is often an area of in-house expertise for developers. With Havok Destruction, Havok provides many interesting ways to streamline and optimize the rendering challenge introduced by the many thousands of new dynamic objects.

Rashid Sayed: Havok Cloth tools is something that has always intrigued me. As character garments get more texture and polygon heavy, does it create any sort of hindrances to create the perfect simulation? Furthermore how are you planning to take environment interactivity, lightning and weather in relation to Cloth simulation to the next level?

Andrew Bowell: The most important step in introducing Havok Cloth into your title is planning. We see the best results in titles that have thought about adding cloth to their characters early on in pre-production. A technology like Havok Cloth can deal with any level of visual detail in the garments and typically what is simulated and what is rendered are two different things. The simulation typically takes place on a lower poly version of a highly detailed visual mesh.

With regard to environmental effects, that is definitely going to be a feature of next generation games. The first step was simply getting real-time clothing onto characters, this was starting to become a feature of games at the end of the last generation. As we move forward we will see the environment coming into play. Havok Cloth provides mechanisms for developers to add wind, or change the state of the cloth depending on external influences such as water.

Rashid Sayed: I think animations as a whole have stuck and they are not moving forward for the last few years. We are still seeing several games using looped animations with scripted sequences. What exactly is the problem and do you think we will see realistic animations/behavior anytime soon? Furthermore what steps are you taking for Havok Animation studio to nullify these issues?

Andrew Bowell: Animation in games is definitely going to be an area of advancement in next-gen games. One of the challenges with animation and characters in general is that, we as humans, are incredibly good at spotting mistakes and issues with animation. Another big challenge in animation is one of content. Consider the multitude of ways that a character can vary simple animations depending on interaction with their environment, other characters etc. If you are authoring a character and want an animation for every possible situation their character can get into then you are looking at many thousands of animations per character. If your game has hundreds of characters then the content requirement becomes a major time and cost issue.

What products like Havok Animation Studio do is provide a way for developers to manage and combine their animation content to reduce the number of individual animations they require. For instance Havok Animation Studio allows you to introduce procedural elements into your animations blends such as inverse kinematics, ragdoll blending, parametric motion generation. All of these techniques allow you to take existing animations and add interesting variation without having to author new animations.

Rashid Sayed: PC gaming technology is going really strong and with more powerful GPUs and the advent of Mantle to directly access the GCN architecture.  Do you think PS4 and Xbox One [with all the driver support/updates] will be able to compete with high end PCs in the next five years? Or will it be a repeat of the current gen situation where developers will start complaining about the lack of hardware?