How Sony Should Have Set Subscription Prices For PlayStation Now

And surprise! It’s a better deal than the current rental deal.

Not too long ago, it was revealed that Sony’s PlayStation Now game streaming service would operate on a rental basis. Games like Saints Row 4 could be rented for four hours at $4.99 or for 90 days at $29.99. The deals in question raised some scepticism especially since you aren’t (a) able to access an entire library of games on a monthly basis, (b) buy the games in question or (c) any other benefits. Yes, it’s a beta but there hasn’t been much indication that Sony will not opt for a rental arrangement.

One Reddit user thus decided to come up with his own subscription deal for the Cloud-streaming service. Honestly, we prefer this better. Check it out below. 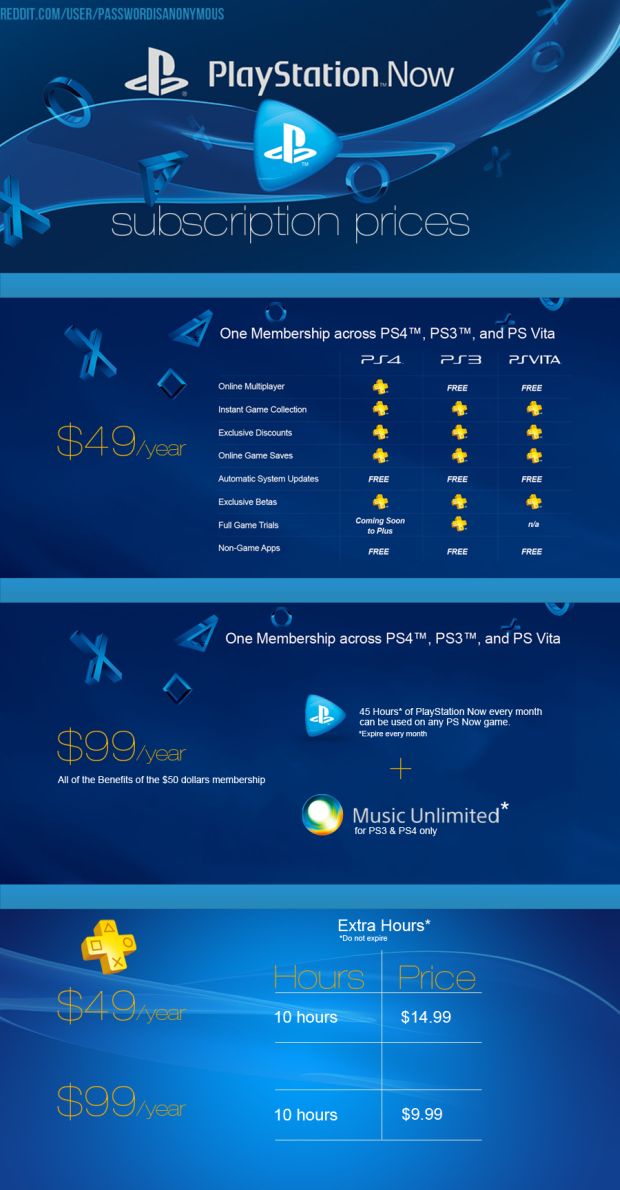 It seems that PlayStation Now would be integrated with one’s PlayStation Plus account and for $99 per year, you would receive 45 hours of PS Now time, Music Unlimited and the usual litany of PS Plus features. It would be decided on an hourly basis with the ability to purchase additional hours for a fee.

What do you think about this kind of subscription deal? Let us know in the comments.