How Will Ray Tracing Impact Graphics On PS5 And Xbox Scarlett?

Looking into the implications of ray tracing support on PS5 and Xbox Scarlett.

It seems that the “ray tracing” age has arrived for real. Note that we’ve put this in quotes because none of the content we’ve seen so far—RTX or otherwise—with the exception of Quake II RTX—represents actual raytracing and not hybrid rasterization-based technologies. Earlier, we talked about whether real ray-tracing will be a part of Xbox Scarlett and PS5 graphics. Since then, we’ve had official confirmation from both Sony and Microsoft that their next-gen consoles will incorporate some kind of ray-tracing functionality. So ray-tracing is going to be a thing when in the ninth-gen. The question is to what degree, and what compromises will have to be made on console to make this possible.

Even the 1080 Ti chokes, at just 1080p. Current ray-tracing techniques run good, if not great on the Turing RTX parts—you get playable framerates at 1080p and 1440p in most RTX titles, though the performance hit is significant compared to leaving RTX off. There’s always room to improve and we think Nvidia’s next-gen architecture will build on this area. Navi, on the other hand is a whole different story and when it comes to console support for ray-tracing, it’s more to us since both the PS5 and Project Scarlett will have Navi GPUs. First-gen Navi, don’t have dedicated ray tracing hardware available. AMD’s Radeon Rays solution will technically work on these cards in supported titles. However, without hardware acceleration, exactly how viable ray-tracing will be on first-gen Navi remains to be seen. Another issue here is that there are no games that actually make use of Radeon Rays or the DXR API right now. A few months ago, Radeon Rays support was added to the Unity engine, so it’s likely that we’ll see some indie game or other in the months to come that support it. But right now things are very much up in the air.

What does first-gen Navi’s ray-tracing support tell us about ray-tracing on PS5 and Xbox Scarlett? How will it impact visuals on the ninth-gen consoles? Both vendors have stated that their respective consoles will support ray tracing but only Microsoft had made explicit mention for hardware acceleration. This is in line with what we’ve heard from AMD regarding their Navi roadmap. First-gen Navi will not feature hardware support, while second-gen Navi will incorporate a hybrid hardware and software-accelerated solution for ray-tracing. Since the consoles will be using a cut-down second-gen Navi GPU, this is the featureset we’re likely looking at. The most optimistic estimates indicate that the PS5 and Xbox Scarlett will have GPUs somewhere in the RTX 2070’s performance envelope. If this is the case, even if second-gen Navi’s ray tracing solution is as efficient as Turing’s dedicated RT cores, there are hard limits in terms of what we’ll see in terms of ray-tracing in ninth-gen games. Let’s have a look at the potential implications for Xbox Scarlett and PS5 graphics.

Native 4K With RTX Will Be A Problem 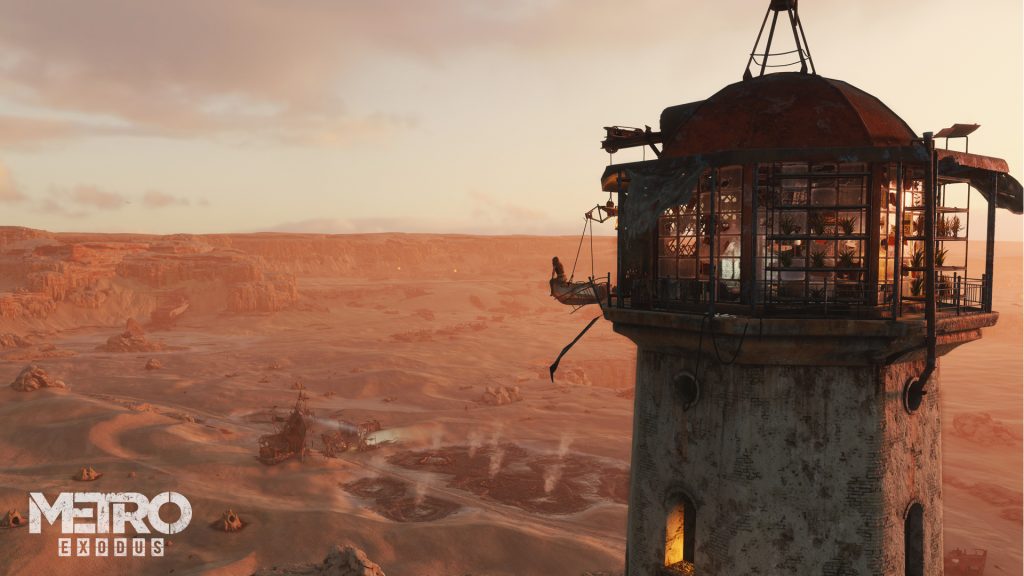 This is the hard truth—ray tracing as it stands today is too expensive a feature—even with dedicated hardware acceleration to hand in playable results at 4K. Not even the RTX 2080 Ti—significantly faster than the PS5 and Scarlett will likely be—can deliver playable output at native 4K with ray tracing enabled in more intense titles like Metro: Exodus. Ninth-gen hardware is just about powerful enough to deliver decent 4K/60 and 4K/30 experiences with conventional rasterized lighting. However, turning on ray tracing will mean having to drop resolution to 3K, 1440p, or even lower. Developers have invested a lot in intelligent upscaling and dynamic scaling technologies over the past few years to make 4K gaming a possibility on PS4 Pro and the One X. We expect that ninth-gen games with a ray-tracing featureset will most likely make use of these, too to ensure that playable framerates are maintained. 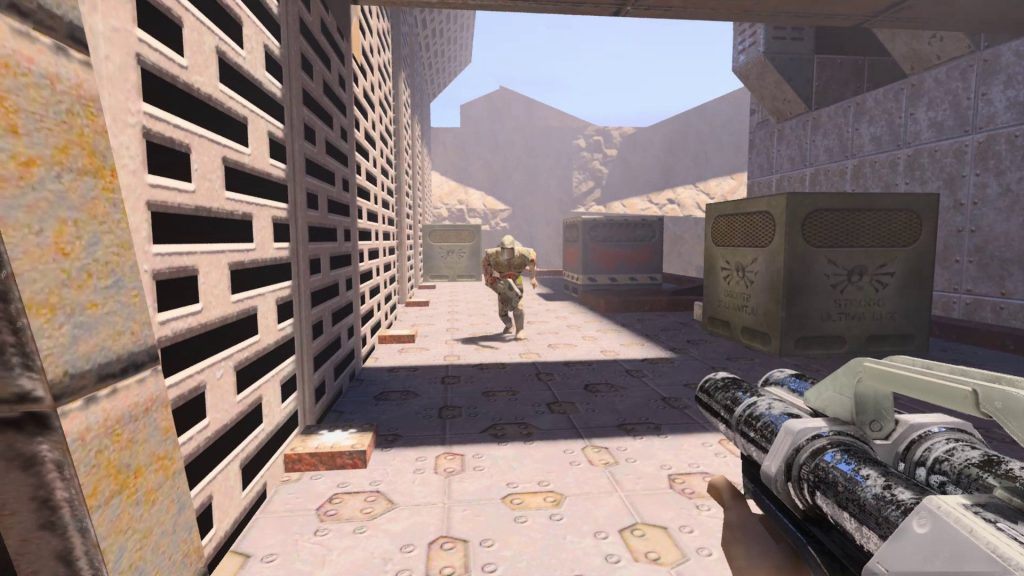 True raytracing is a fundamentally different paradigm from rasterization, and existing graphics hardware simply is not powerful enough to run modern game engines built around ray tracing—Quake II RTX is a case in point: The only “actual” ray-traced game struggles to hit 60 FPS even on a GTX 2080 Ti at resolutions higher than 1080p. And this is a reworking of a 22-year old game, the rasterized version of which runs just fine on the Nintendo 64. True ray-tracing at playable framerates would mean a regression to 5th and 6th gen quality environmental complexity and we just don’t see that happening. Instead, hybrid rasterized/raytraced solutions such as the RTX implementation in Metro: Exodus will likely be more commonplace in the ninth-gen. What Exodus does is use raytracing specifically to replace its global illumination function, while using rasterization elsewhere—this allows for better lighting than rasterization can do, without completely killing performance. 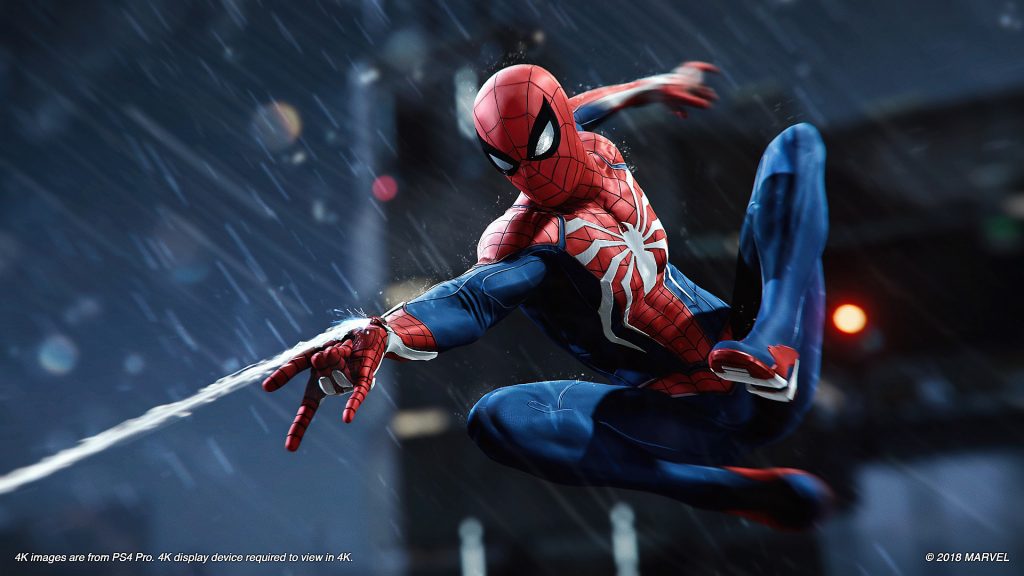 What ray-tracing has shown us in games like Metro Exodus is that real-world lighting is a lot more, well, contrasty, than conventional in-game rasterized lighting. With RTX on, areas in shadow are much darker, while areas receiving indirect illumination are better lit. Hybrid implementation of ray tracing lend themselves naturally to HDR—the darker darks and greater number of light sources creates exactly the kind of visuals that HDR can elevate. Look at Battlefield V: HDR and RTX complement each other perfectly here—HDR makes explosions and other light-sources brighter while RTX vastly increases the quantity and quality of those light-sources onscreen. 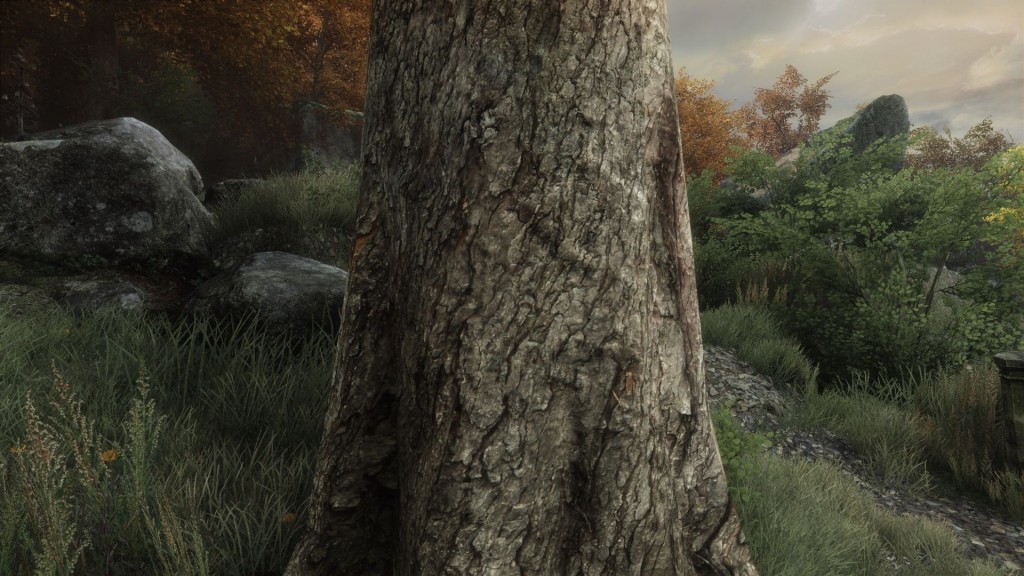 As we mentioned before, a full raytraced rendering implementation is simply not viable given the complexity of modern AAA game environments. However, ninth-gen consoles with RTX 2070 level hardware may have the chops to focused, smaller-scale titles that are built around providing a ray-tracing experience. Think of limited experiences like The Order:1886, or The Vanishing of Ethan Carter on PS4. By limiting interactivity and world scale, these largely linear experiences were able to deliver visuals that looked markedly better than anything else available on their respective platforms. Walking simulators are actually a perfect use case here—they’re slower paced, so a 30 FPS wouldn’t necessarily be an issue. Moreover, their limited scale and interactivity mean that savvy developers could implement full-fat ray-tracing, at least at lower resolutions, without completely destroying performance. These games would look remarkable and they’d be a good preview of the real ray-traced future—the 10th gen and beyond when we finally get hardware that’s powerful enough to substitute rasterization with real ray-tracing in AAA game environments.

We actually think that today’s RTX ecosystem is a good proxy for what the ninth-gen ray-tracing environment will look like: The majority of games will continue to use rasterized rendering. A ray-traced lighting pipeline may be implemented as an extra with a substantial performance hit, and small, limited titles may actually replace rasterization with ray tracing to limited success. But that doesn’t mean visuals aren’t getting better, of course they are. And we’re as excited as anyone else to find out how the PS5 and Xbox Scarlett will push boundaries.