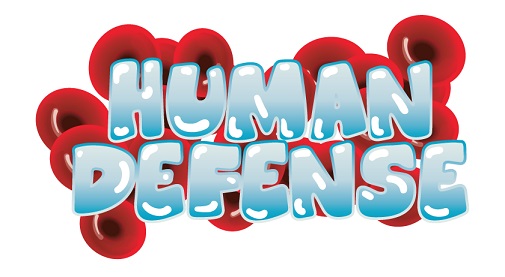 Human Defense gets a major content update. You can check out the details below.

Heliceum, a French company specialized in the development and publishing of digital content for smartphones and tablets, is proud to announce the release of new features and major content update for their video game Human Defense. To celebrate that occasion, Human Defense is available for $0.99/£0.69 only during one week!

Do you have the guts?

After defending the heart, lungs, muscles, kidneys, and spleen, players now have to defend the stomach for three whole levels.

At this stage in the game, beyond delivering nutrients and destroying viruses, players now also face changes in blood flow. By sending the nutrients in the right direction to the different towers, players can save the organ from the viruses.

In Case of Emergency: take Pills!

To help players who are stuck in a particularly difficult level, Heliceum’s “scientists” developed some new anti-viral “pills” which work as an ingame bonus:

–    a defibrillator to destroy all the viruses on the screen,

–    an X-ray machine to help players get ahead by revealing clues.

Emergency Mode only unlocks after winning the first three chapters in Adventure Mode, and was created for experienced players. A new chapter challenges players with a never-ending wave of viral attacks!

Human Defense renews tower defense genre with an injection of puzzle game. Taking place in the human body, it empowers you to protect the vital organs against sneaky viruses.