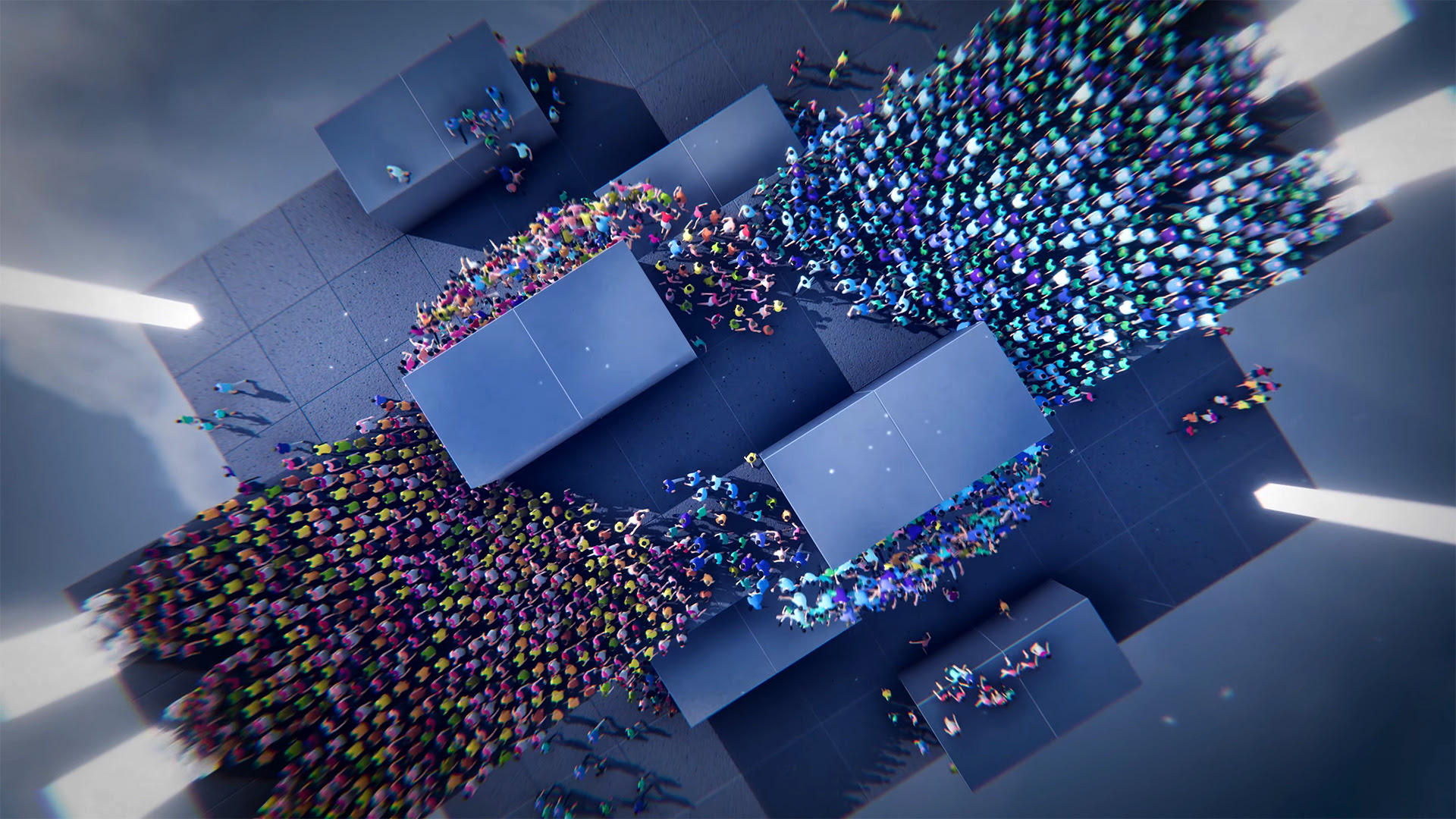 We’ve seen a lot announced on the PlayStation side of things today, from dates for major releases to some surprising gems. One game that definitely falls in the latter category is Humanity. The game was announced at the beginning of today’s State of Play to much bewilderment with a wild trailer.

You can see the trailer below. The game takes the premise of a humanity simulator of sorts. It will include multiple mass crowds of humans that you must control in various ways. It’s developed by Enhance, who did the excellent Tetris Effect and Rez Infinite. You have to try and control these masses of people as they battle each other and rush around frantically, and also…make tanks, apparently.

Humanity will launch exclusively on PlayStation 4 sometime in 2020. There is an optional mode which will allow you to play in VR, but no details have been given at this time.