Humans Announced by Xbox Entertainment, Channel 4 for Xbox One and UK TV

The parallel universe drama will be out in 2015 and focus on artificial humans. 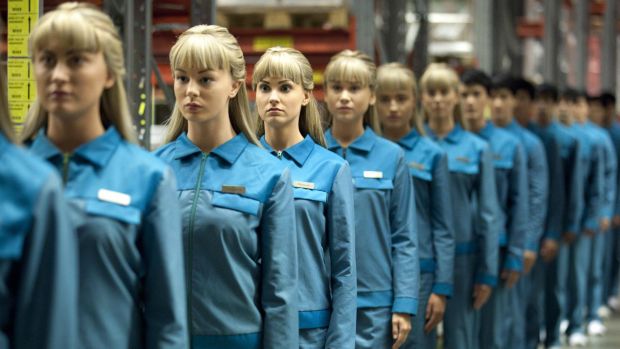 Channel 4, which has held many acclaimed UK TV series including Black Mirror and Utopia, has recently announced that it is partnering with Xbox Entertainment to produce a TV show called Humans which will be broadcast on the Xbox One and the channel’s own network. It will consist of 8 episodes, 60 minutes each, based off the original Swedish drama Real Humans and take place in the future where robot servants called Synths assist humanity.

It that weren’t enough, it’s produced by the same company Kudos which was directly responsible for series such as The Hour, Utopia, Broadchurch and The Tunnel.

Channel 4 Head of Drama Piers Wenger stated that, “In Humans, Sam and Jon have not only crafted an ingenious and imaginative thriller, but they’re also asking big, thought-provoking questions about how we live. I’m thrilled to be working once again with the team at Kudos and to be partnering with Xbox to bring this extraordinary and epic series to the screen. This is the first co-production commission to benefit from Channel 4’s increased investment in drama and reaffirms our commitment to ambitious, highly original drama series.”

President of Xbox Entertainment Studios Nancy Tellem stated that, “Humans not only questions personal relationships, but we loved how this sci-fi show toys with reality and our connection to technology.” She adds “This deal with Channel 4 and Kudos underscores Xbox Entertainment Studios’ commitment to programming premium TV series with global partners and creating engaging interactive experiences – and sits alongside other original commissions including a Halo TV series executive produced by Steven Spielberg.”

Humans will begin filming this summer and broadcast in 2015. Stay tuned for more details and updates.