The unpredictable one joins the fight for Hyrule.

Hyrule Warriors won’t just feature the heroes of previous Zelda games like Link, Zelda, Sheik and Impa among others. There’s also a healthy cast of villains involved as well including Ganondorf and King Zant. Check out Zant’s moves above.

Zant is one of the two main villains from Twilight Princess and uses a variety of unorthodox and insane attacks – such as swelling himself up to a larger size and squishing foes – in order to succeed. He’s a much faster moving character than Ganondorf but has his own style of energy attacks including a Shadow Hand to smack enemies around with.

Hyrule Warriors will be out on August 14th in Japan for the Nintendo Wii U and will be out next month in North America and Europe. Are you looking forward to playing as your favourite characters and wrecking havoc on Hyrule’s monsters? Let us know your thoughts in the comments below.

Horizon Zero Dawn and Days Gone also had their "Only on PlayStation" branding removed before they were release...

FromSoftware's dark fantasy title beat out Horizon Zero Dawn and The Last of Us for the top spot on Sony's str... 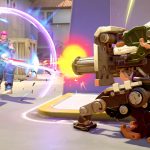 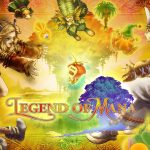