Hyrule Warriors Releasing on August 14th for Wii U

The Dynasty Warriors-esque hack and slash title will be available in Japan later this year. 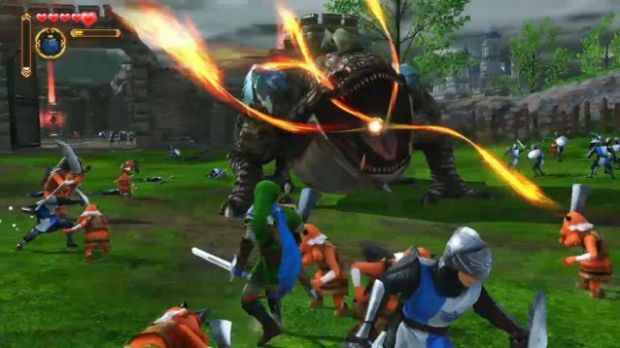 What do you get when you combine Tecmo Koei’s experience with hack and slash titles and Nintendo’s Zelda universe? Why, Hyrule Warriors of course. After being announced in December 2013 on Nintendo Direct, Famitsu (via Siliconera) now reports that the game will be out on August 14th in Japan for the Wii U.

It stars series mainstay Link as he traverses Hyrule, hacking and slashing several classic enemies with his trademark sword. You can also use bombs and arrows to defeat the hordes of enemies. It won’t feature the puzzles and intricate dungeons of other Zelda titles though. But you can spin attack fools so that is something.

Interestingly, Hyrule Warriors is produced by Eiji Aonuma who serves as director for the main Zelda titles. Could that mean a game that’s more than your average hack and slash Dynasty Warriors-esque adventure? We’ll find out in the coming months. Hyrule Warriors currently has no release date for outside of Japan.