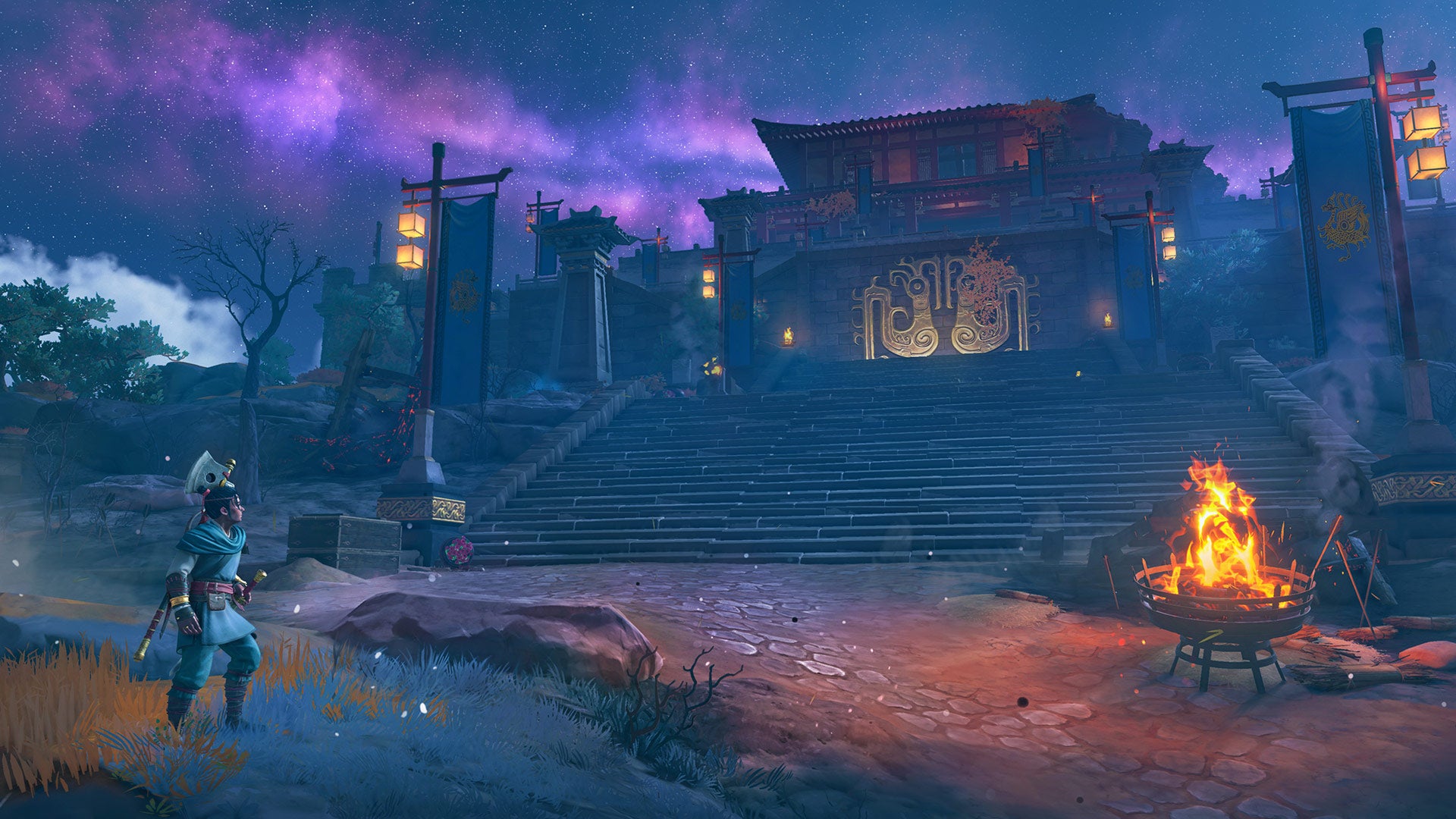 The second paid DLC for Immortals Fenyx Rising, Myths of the Eastern Realm, is now available for all platforms. Departing from the Ancient Greece setting of the base game, the DLC is inspired by Chinese mythology. It sees a new protagonist Ku assisting the Goddess Nuwa to save Heaven and Earth.

Along with meeting Chinese deities, players will battle ancient beasts and solve puzzles. There’s even Ruins in the Heavens, optional challenges akin to the Vaults of Tartaros. Much of the combat will be familiar to base game players though there are new abilities to learn.

Immortals Fenyx Rising – Myths of the Eastern Realm is live for Xbox One, Xbox Series X/S, PS4, PS5, Google Stadia, Nintendo Switch and PC, either standalone or as part of the season passs. For more details on the base game, check out our review here. The Lost Gods is the third and final DLC, and provides top-down hack and slash style gameplay with a new hero named Ash. Stay tuned for more details on its release in the coming months.