As the first AAA open world PlayStation 4 title, inFamous: Second Son has a lot riding on its shoulders. With the PlayStation 4 lacking quality next-gen exclusives, Sucker Punch Productions faces a momentous task in making sure it delivers with Second Son. Fortunately, the game lives up to the hype and manages to look damn good while doing so.

The first two entries in the franchise featured the electro-bore-man, Cole McGrath. For some reason, I was not able to connect with this character. He seemed too serious for his own good and lacked the spark that a super hero should possess. This time around, Second Son features a new hero, the reckless, rogue-like, free runner Delsin Rowe. Appropriately voiced by Troy Baker, Delsin breathes new life into the series and imparts a real sense of adventure and character into the experience. 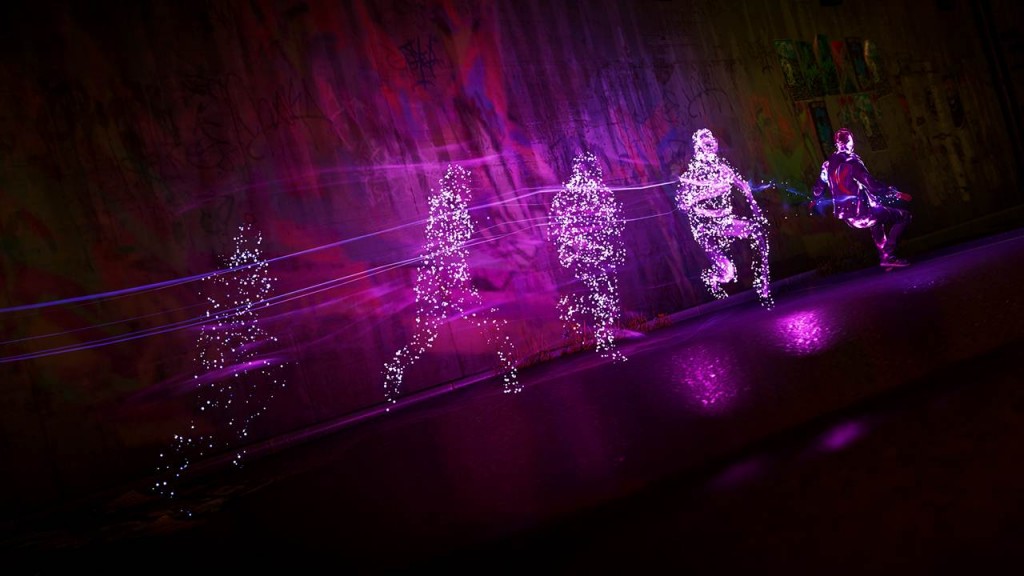 "The map size is comparatively bigger than in previous games and the world gives the player several opportunities to create mayhem."

Set seven years after inFamous 2, Delsin Rowe is your typical graffiti artist revolting against the D.U.P, a government organization controlling Seattle. This puts him on odd terms with his brother, Reggie, who is a police officer. Then, under certain circumstances, Delsin acquires a power from a Conduit. Just like previous games, there is no depiction of how Delsin is a Conduit and different from normal human beings. As such, the beginning of Second Son is pretty similar to the original inFamous wherein the main character is initially in a state of shock on receiving these unbelievable powers. The journey of experimentation and acceptance, along with Delsin’s growth, is as integral to the experience as the main narrative. Which is probably a good thing, because though we won’t reveal story of Second Son, you shouldn’t expect the plot to receive any awards in the near future. The story telling is shallow and is by far the weakest point of Second Son. Fortunately, it isn’t where the majority if your time will be invested.

Even if you’re not overtly familiar with Seattle in the great yet quiet state of Washington, several landmarks like the Elephant Super Car Wash, the Space Needle and Seattle Center Monorail have been accurately depicted in Second Son. The map size is comparatively bigger than in previous games and the world gives the player several opportunities to create mayhem.

The map is divided into several districts that the player can free by wiping out the D.U.P. and halting their activities. These include busting drug rackets, taking out the D.U.P.’s scanning stations and jammers, and finding collectibles like audio logs. You can waste a lot of time in these extra activities but they’re more of a personal distraction rather than adding anything new to the gameplay. Think of them as neat little side-quests that come off as more intriguing than those found in the previous games. 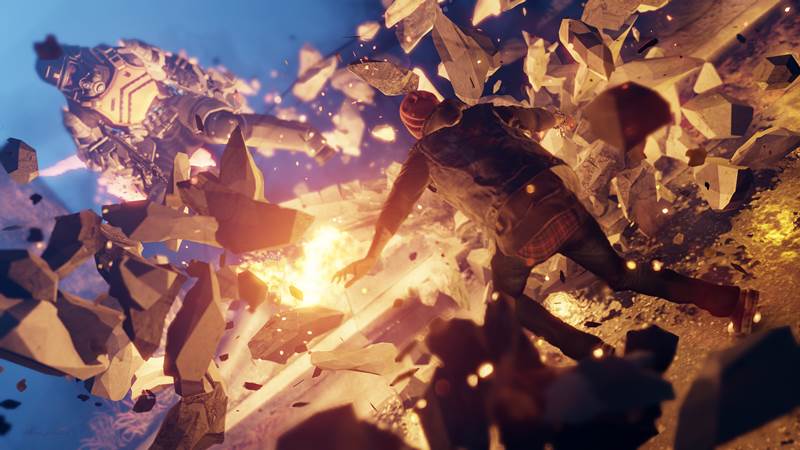 "Unfortunately, the mission structure is fairly archetypal. Several missions reminded me of those from the previous two games and it's kind of disappointing that Sucker Punch couldn't up the ante with Second Son."

The selling point of Second Son are Delsin’s powers. Using a unique combination of Smoke and Neon, Delsin can wreck havoc on his enemies. One of the first powers that Delsin will gain is the Smoke Dash in which he shatters into several particles of ash before reforming again.

Neon is easily the standout power in the game. Neon Dash will set Delsin into a high speed sprint, leaving behind a streak of lights. It looks even more gorgeous when one uses them during the night. One new addition to the experience is the Karma Bombs. Each of power has a special move which is directly related to your Karma. One of them is the Orbital Drop which not only looks pretty, but causes massive destruction to surrounding enemies and objects. Overall, Delsin is a time bomb and the game sets up enough circumstances for our hero to just explode.

Unfortunately, the mission structure is fairly archetypal. Several missions reminded me of those from the previous two games and it’s kind of disappointing that Sucker Punch couldn’t up the ante with Second Son. They don’t necessarily kill the experience but it would have been nice to see something unique here. The Karma system too is nothing innovative and just a rehash of the older games. You can still subdue or kill citizens or enemies and there is no suspense behind the karmic decisions you take in Second Son. Most of the time, the player will be well aware of the outcome. These two drawbacks slightly drag the game down, but given that enemy AI is much more advanced than before, missions nonetheless feel challenging. 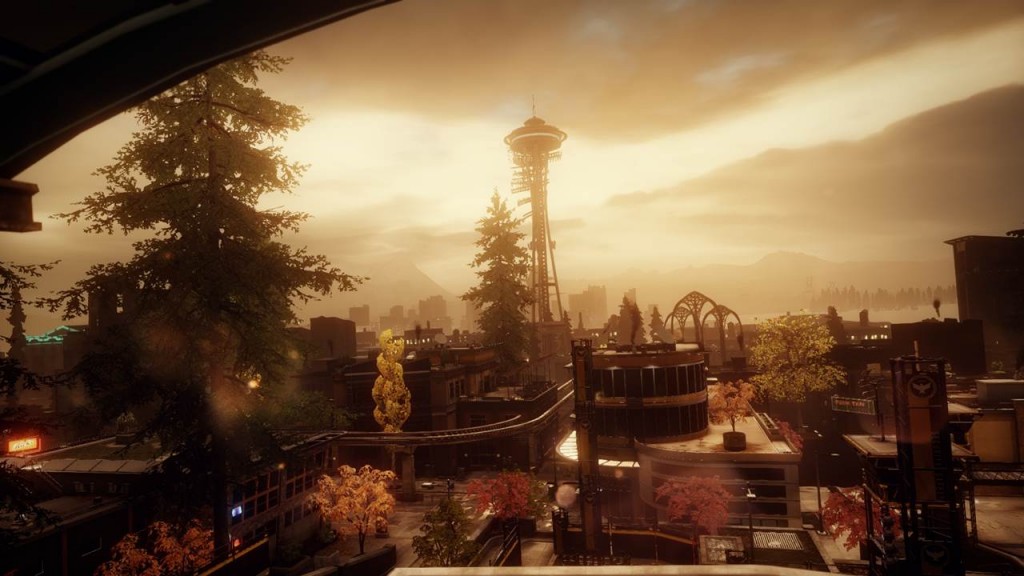 "inFamous: Second Son features a significant amount of content, and depending on how eager you are to explore the city, should hold you for a good 20 hours."

inFamous: Second Son’s visuals are something else though. Soft shadows, brilliant lighting effects during different times of the day, neon lights bustling through the city during night-time and Delsin’s own powers add a real charm to Second Son’s Seattle. It’s easy to forgive the somewhat rehashed mission structure and just stand at the tip of the Space Needle and admire the view. Oddly, the city feels deserted at times with pedestrians lacking any sort of charisma when compared to several other open world games. Sound effects are impressive and voice acting for the most part sounds genuine. You actually feel like you’re watching characters rather than actors reading lines from a script.

inFamous: Second Son features a significant amount of content, and depending on how eager you are to explore the city, should hold you for a good 20 hours. As mentioned above, a revamped mission structure and Karma system would have been welcome but it in no way detracts from the overall experience. It’s easily one of the best offerings on the PlayStation 4 and you owe it to yourself to try it out – even if you’ve more than had your fill of open world games in recent months.

Second Son is a worthy entry in the inFamous Series. More importantly, Sucker Punch now have an interesting protagonist in Delsin Rowe.

A copy of this game was provided by developer/publisher for review purposes. Click here to know more about our Reviews Policy.
Tagged With: Infamous: Second Son, ps4, PSN, sony, Sucker Punch