Injustice 2 Won’t Have Microtransactions for Gear

Will have largest roster for a NetherRealm title. 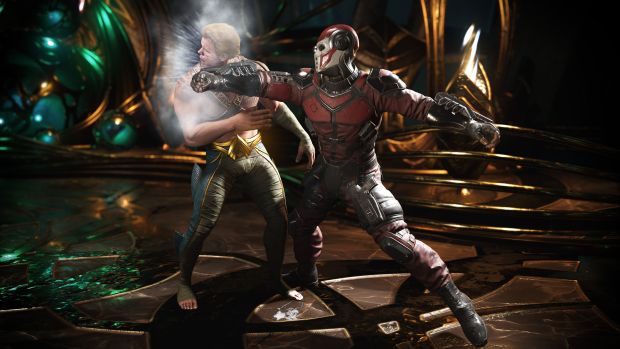 During a recent stream, NetherRealm Studios boss Ed Boon showcased some footage for Injustice 2’s new hero, Robin. Along with confirming that beta codes have been mailed out, Boon also revealed that there’s a strong chance of third party fighters being offered as DLC. This is following the positive reception to the same in Mortal Kombat X.

With DLC and on-disc characters together, Injustice 2 is slated to have the biggest roster in a NetherRealm fighter yet.

As for the game’s gear focus, Boon further confirmed that players can’t buy gear and stomp the competition. This doesn’t mean there won’t be any micro-transactions at all as NetherRealm could offer cosmetics for sale along with the potential DLC characters.

Injustice 2 is out on May 16th for Xbox One and PS4 with no PC release currently confirmed. What are your thoughts on how it’s shaping up? Let us know in the comments and stay tuned for more updates.