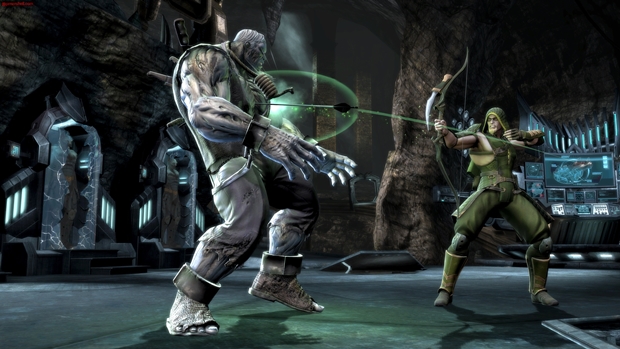 An official announcement on the European PlayStation Blog has confirmed that the Ultimate Edition for NetherRealm Studios’ Injustice will be heading to the PS4 and PS Vita. It will feature previously released DLC, ad-hoc, Wi-Fi and traditional multiplayer will be included and there will be touch-based controls for the campaign and some S.T.A.R. Labs mission.

“When developing Injustice on Vita, our primary goal was to make sure it could hold its own next to its console counterpart.” The studio involved with the Vita version – namely Armature Studios (with High Voltage working on the PS4 release – has “pulled out all the stops to push the PS Vita as hard as we could” to make this version of the game faithful to the original.”

While the PS4 edition retail for £49.99 while the PS Vita version will retail for £29.99. As of now, there’s confirmation on Xbox One release. You could read our review of the game here.