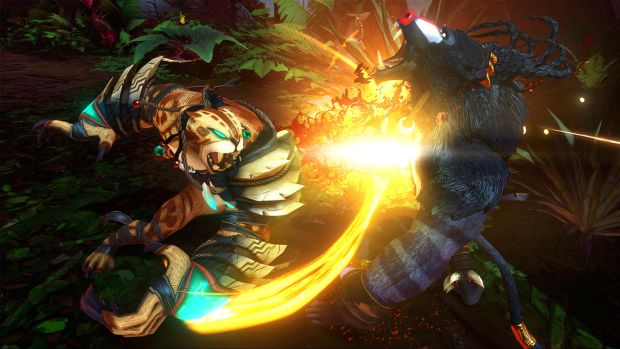 Insomniac Games, known for Ratchet & Clank and Sunset Overdrive, has announced Feral Rites, an Oculus Rift exclusive that will combine The Legend of Zelda‘s exploration with God of War‘s “all-out combat”. The VR title will be headed up by creative director Marcus Smith who was also the lead on Sunset Overdrive.

Feral Rites allows you to play as a male or female protagonist and focuses on transforming into different beasts with their own special abilities. The game itself has a Celtic aesthetic about it and its combat heavily focuses on combos, along with mid-air moves and executions, and unlocking better gear for your character.

Releasing exclusively for Oculus Rift in the Fall, Feral Rites won’t be Insomniac’s only VR title. It’s also developing The Unspoken, another Oculus Rift exclusive which focuses on magic casting in the first person perspective.

What are your thoughts on Feral Rites? Let us know below and stay tuned for more information on the game in the coming months.