And welcome to jackass. 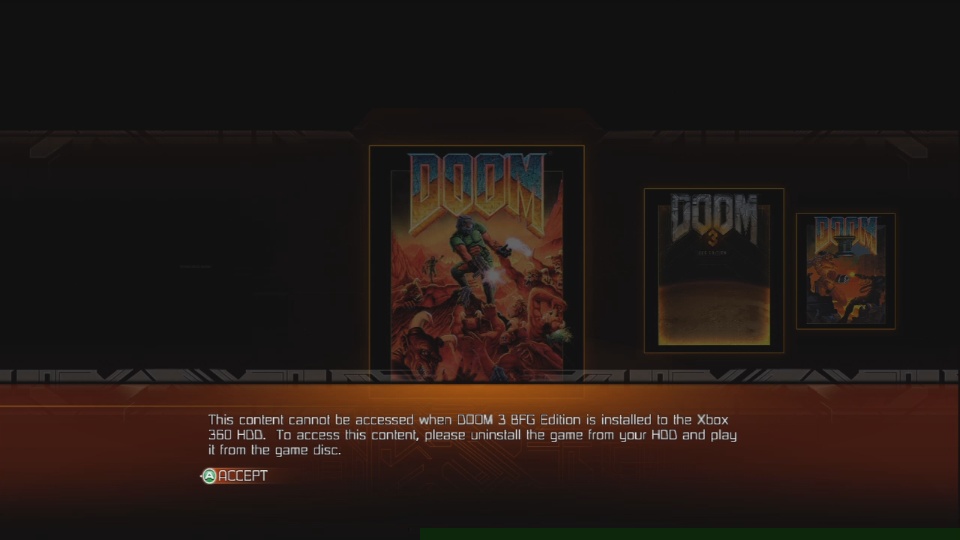 So this is new. It’s been discovered that if you install Doom 3 BFG Edition on your Xbox 360’s hard drive, you won’t be able to play Doom 1 and Doom 2.

Twitter user Wario64 discovered the error and took an image for you to see. It’s been given above.

“If you choose to install the game to the Xbox 360 hard drive, you will not be able to launch Doom or Doom 2,” Bethesda’s community lead Matt Grandstaff confirmed (via NowGamer).

Well, it’s only logical. Sure, installing cuts back on the load times and everything, but at least now you can still play games.

Have you encountered this issue? Let us know in the comments section below.