The Elder Scrolls VI was announced at Bethesda’s E3 press event quite recently, but with little more than just a short teaser video and a title card to confirm its existence, we obviously didn’t learn much about the game. Given the fact that the game is at least four or five years away, that is probably not going to change any time soon. However, people have been able to decipher hints in that short teaser trailer to figure out where the game might be set.

The people over at GamerPros put up an interesting analysis of the trailer, and it looks like The Elder Scrolls 6 will be set in Hammerfell. For starters, the camera in the beginning appears to be moving in a south-western direction, judging by the shadows being cast by the Sun, which seems to be in the West. It also looks like the camera is moving out of Skyrim, so based on that, the land being show in the teaser could be either High Rock, or Hammerfell.

There’s a certain section in the landscape being shown in the teaser, though, which looks like a massive crater in the ground, with the ruins of a hold sitting on its edges, and there’s a chance that this could be the ruins of the village Azra’s Crossing, as seen in the game The Elder Scrolls Travels: Shadowkey, and that the crater could be the one that was, as per the series’ lore, created by a blast of powerful shadow magic by the made Azra Nightweilder. 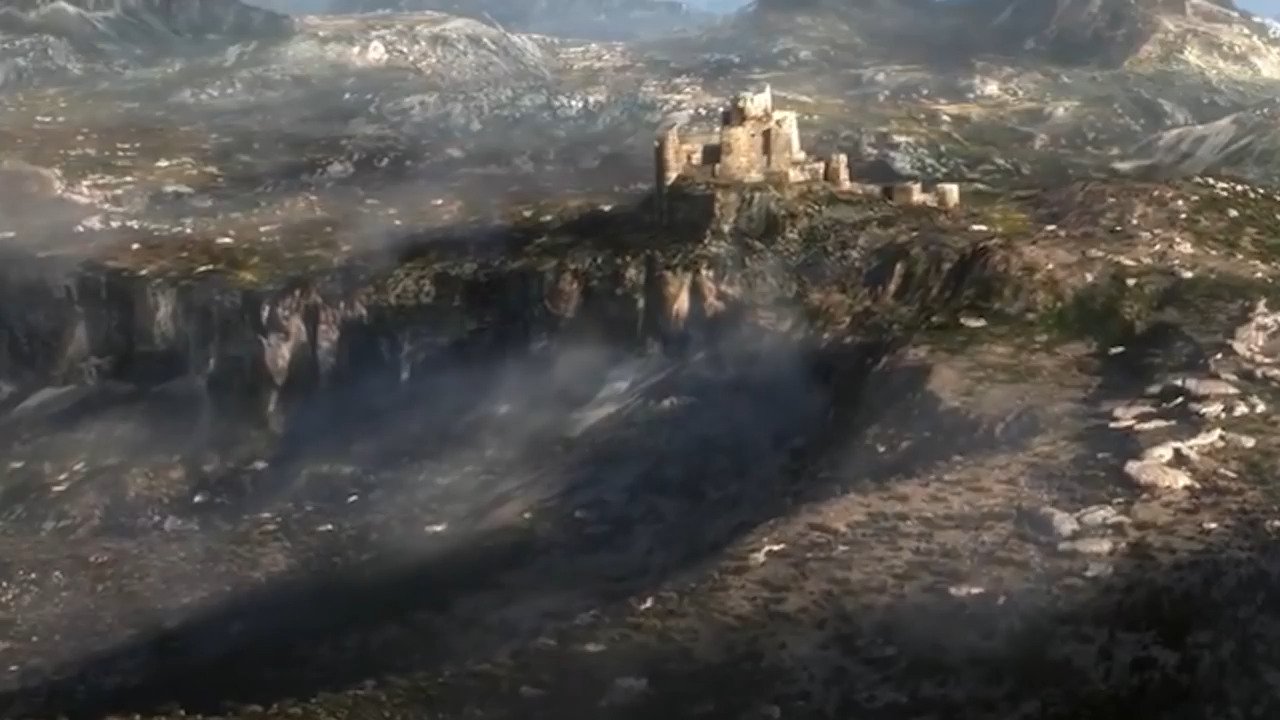 Interestingly enough, there’s one more clue in the trailer, because moving to the right side of the landscape being shown, we can see another city, not a very long distance away from three consecutive peninsulas, each being larger than the last. Judging by the maps of Hammerfell, this city could be either Satakalaam, or Lainlyn, both of which are in the vicinity of both, Azra’s Crossing, and the three peninsulas. 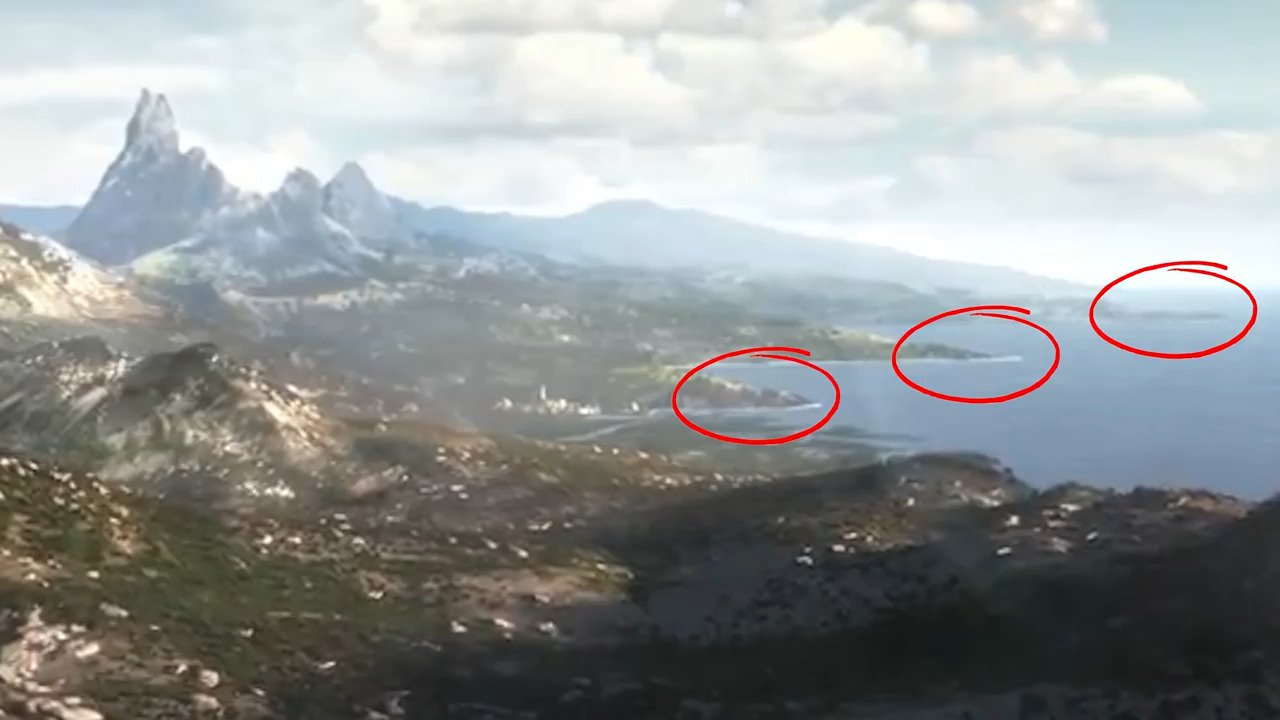 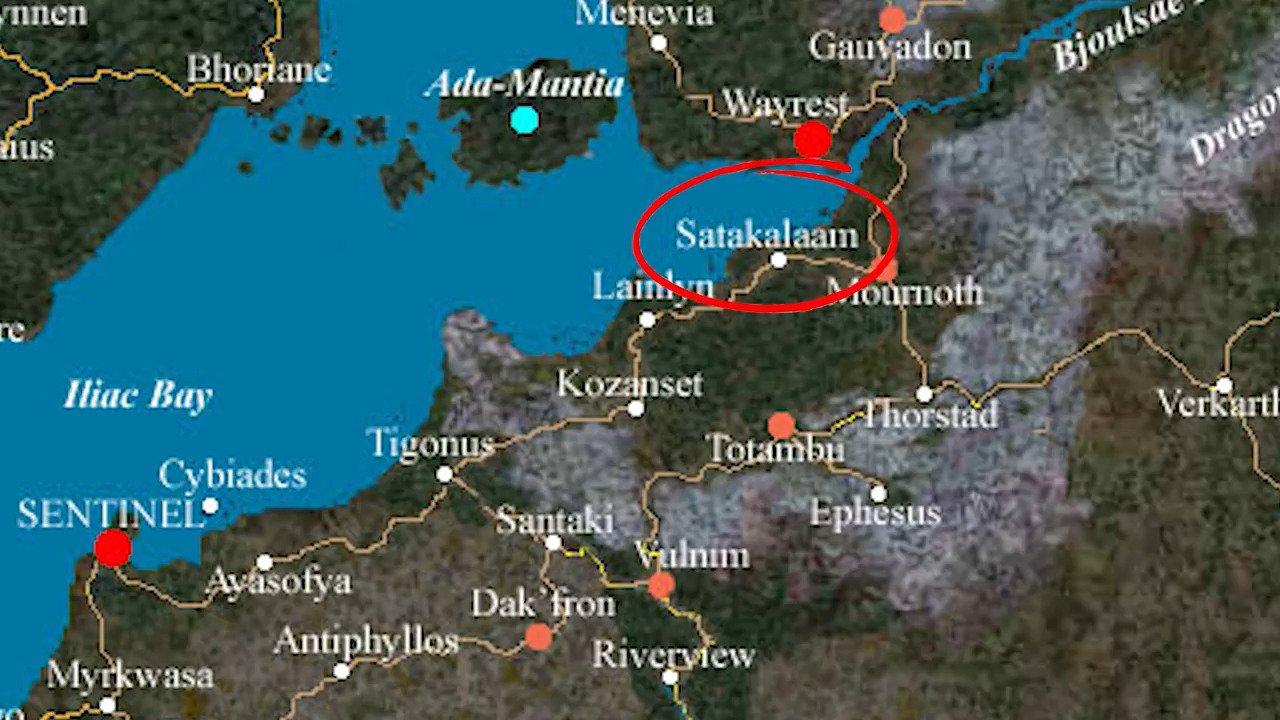 There’s a chance that the game could be set in High Rock, of course, but judging by what we’ve seen in the short teaser trailer, it looks highly likely that Hammerfell will be the setting of The Elder Scroll 6. This seems like pretty strong evidence too. Either way, we probably won’t know for sure for some time yet. Tell us what you take on this is in the comments section below.