Now that EA no longer has an exclusive hold of the Star Wars license where video games are concerned, things are probably going to open up for the property a great deal. With the inevitable Fallen Order sequel, Aspyr’s Star Wars: Knights of the Old Republic – Remake, the long-in-development LEGO Star Wars: The Skywalker Saga, and the Ubisoft Massive open world title in the works, Star Wars has some big things coming in the coming years- but there’s other stuff that is apparently waiting on the wings as well.

Disney and Lucasfilm recently announced the “Bring Home the Bounty” marketing campaign that will see various announcements for “toys, collectibles, books, apparel, and more” every week until the end of the year. Interestingly enough, a vague roadmap of sorts has also been shared that hints at what we can expects from each of these announcements- and the announcement scheduled for the tenth week, on December 14, seems to be for a new game, based on the image that goes along with that date in the roadmap (which you can view below).

Of course, there’s every chance that this is something that is more games-related on a broader level than a new game itself. That said, leaks have claimed that Heavy Rain and Detroit: Become Human developer is working on a new Star Wars game that will apparently be more action-oriented than the studio’s past works, so perhaps that’s something that might be gearing up for an announcement soon, if it does exist.

Either way, we’ll keep an eye out for new details, so stay tuned for more updates. 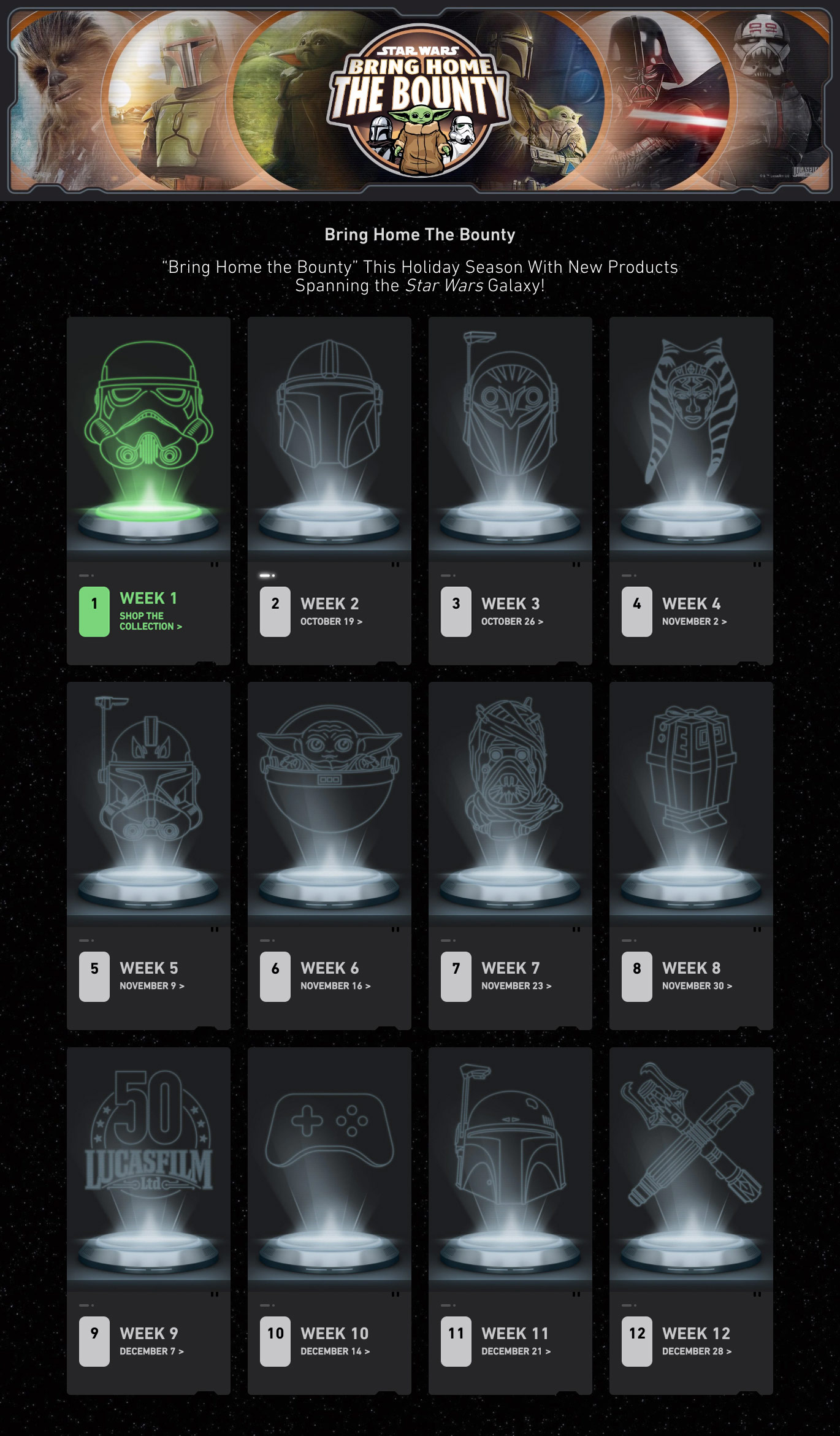