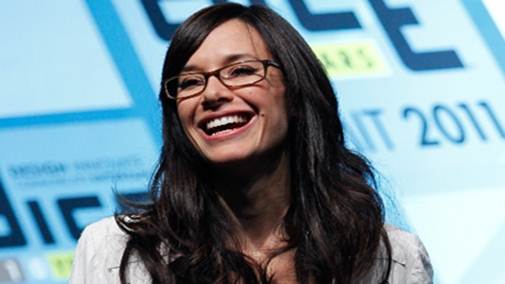 Jade Raymond has seen a lot since stepping up to big-budget game development when the first Assassin’s Creed released. Controversies, complaints, new generations of consoles and even heading up a new studio, Ubisoft Toronto, to work on Rainbow Six: Patriots and Splinter Cell: Blacklist are proof.

And according to Raymond, in an interview with Digital Spy, the rising costs of AAA titles are going to become a problem sooner rather than later. “I think the big question to me, as the expectations of these big triple-As keep on growing and the consoles become more powerful and teams get bigger, is how do we keep the costs in line.

“That’s for sure one of the things that is going to stifle innovation eventually. Anytime you want to make a big triple-A, you’re spending, let’s say $100 million, you’re not going to want to take a chance. It’s got to be, I’m making the next Call of Duty or the Assassin’s Creed and I know it’s going to make ‘X’ amount, so we’ll make money. I think that’s the tougher thing.

“I think it depends on what type of game you’re making, but all games I think we have to invest in tools to make people more efficient, to perhaps make 10 times the amount of content that we were making before with the same amount of effort. That’s the only way we’re going to keep up. So there has to be a big investment there.

Of course, game development as a whole has changed. Some of the most successful titles of our time have come from indie developers, including Minecraft and Terraria. Digital distribution is on the rise, even for big-name games like Assassin’s Creed and Far Cry 3: Blood Dragon.

“The reality is the industry is changing, the way people are consuming games is changing, the expectations are changing. More stuff is online. What does that mean? There are some games like The Walking Dead which are starting to have interesting episodic [content], but that doesn’t apply to all games. What’s the business model that makes sense to you? What’s going on with free-to-play, what does that mean for the console market?”

Raymond stated the example of Team Fortress 2, saying that, “I think that’s a great business model to investigate for some games.” Namely one that doesn’t affect game balance but still gets players enthusiastically involved for customizing their characters.