Journey Celebrates One Year Anniversary By Online Play With Fans

thatgamecompany will be going online and playing with fans on March 13th. 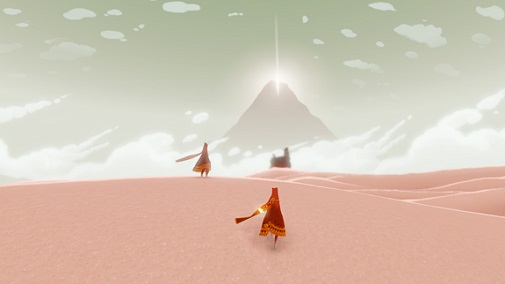 Journey is going to be one year old on Wednesday, March 13th and the members of the development team at thatgamecompany are celebrating by inviting players to come online and play with them.

A Facebook page has been opened for gamers to sign up for and state their inclusion, and the team members will also post their online IDs so you’ll know whenever you’re playing with a developer.

You can look out for the team members to be playing online between 10:30 AM and 6:00 PM Pacific Standard Time. So if you’re just playing the game for the first time or want to look at it in a new way (or even ask the developers a question of two), now’s your chance.

As an indie adventure title, Journey was praised for its vision and even went on to win several Game of the Year awards from reputed publications. It’s still yet to break even, oddly enough, but if that’s the price for brilliance, so be it.