A distant cousin of the Velociraptor, the Pyroraptor is known for its red plumage, sharp claws and hunting with its kind. 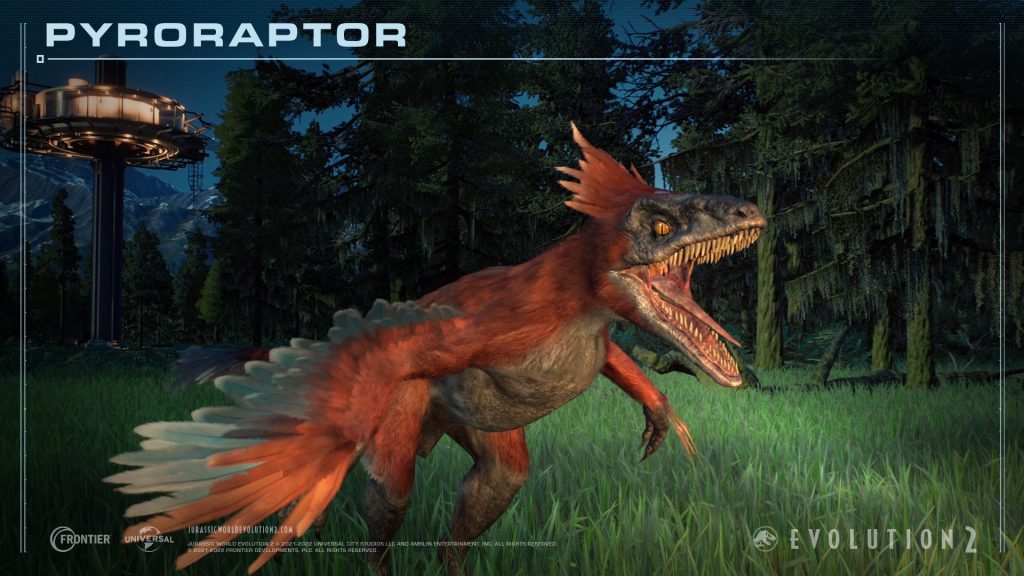 With Jurassic World Evolution 2: Dominion Biosyn Expansion just around the corner, Frontier Developments has begun outlining the upcoming new dinosaurs. In a new video, it showcases the Pyroraptor, a “Late Cretaceous paravian dinosaur” with red feathers. Check it out below.

The Pyroraptor possesses well-developed forelimbs and curved claws, which it uses as weapons. It’s also a social animation like the Velociraptor, its distant cousin, so make sure to surround it with more of its kind. Failure to do so could see it escape and wreak havoc (especially since they’re carnivorous). They also don’t get along with other carnivores so it’s best to ensure no one else disrupts their space. Along with prey to hunt and drinking water, Pyroraptors also need open space to roam.

Jurassic World Evolution 2: Dominion Biosyn Expansion is out June 14th for PC, Xbox One, Xbox Series X/S, PS4, and PS5. Other new dinosaurs include the Therizinosaurus, Dimetrodon and Quetzalcoatlus along with new variants in the Dreadnoughtus and Giganotosaurus. Stay tuned for more details in the meantime.