Final Just Cause 3 DLC has been revealed. 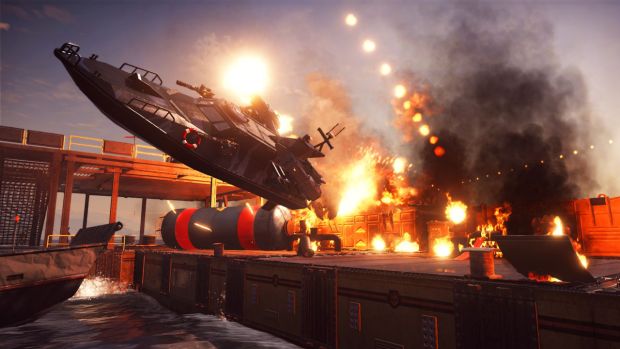 Avalanche’s Just Cause 3 will be receiving its final DLC package called Bavarium Sea Heist on August 11th for owners of the Season Pass aka the Air, Land and Sea expansion pass. It will retail separately for other users on August 18th at $5.99/€5.99/£4.99.

The Bavarium Sea Heist is the third DLC in Just Cause 3′s package and aims to “alter the way players tackle the game” according to Air, Land & Sea lead designer Marcus Andrews. This will be achieved by throwing in a rocket boat called the “Loochador” to infiltrate a Stingray base and obtain a lightning gun. And yes, that lightning gun can be yours to use. “Hours of additional content” is also promised though that’s supposed to be what each pack offers.