Two mechs, a new weapon and lots of fiery death for Medici. 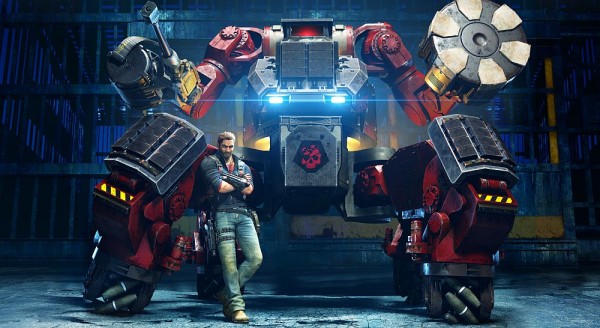 Avalanche Software has finally released Just Cause 3‘s second DLC pack for Season Pass owners. The Mech Land Assault pack allows players to pilot a mech and effectively destroy the island more than they could before. Check out the launch trailer below.

You’ll receive two Mechs in the game, which can be used anywhere, and they’re equipped with special Gravity Gun-esque manipulators to grab and launch things. Using the Force Pulse, you can destroy helicopters and effectively smash tanks. It’s also possible to find a Rebel Mech ally who will assist you when help is required and there Mech Arena challenges to test your mettle. If that weren’t enough, Rico also gets a Bavarium Power Core rifle to tear the world up with energy blast.

The expansion costs $11.99/€11.99/£9.49 separately and will release as a separate purchase on June 10th. What are your thoughts on the new content? Let us know your thoughts in the comments below and stay tuned for more information – Just Cause 3 will apparently be at E3 2016.

Hot Wheels Unleashed establishes its own fun style of arcade racing while leaving most of its competitors in t...

ZA/UM has confirmed that the critically acclaimed RPG will release digitally for Xbox platforms. A physical re...

Currently available for those who pre-ordered the Ultimate Stunt Edition, the arcade racer releases worldwide ...

The hack and slash Souls-like released in September 2019 and has received decent reviews. It's currently avail...