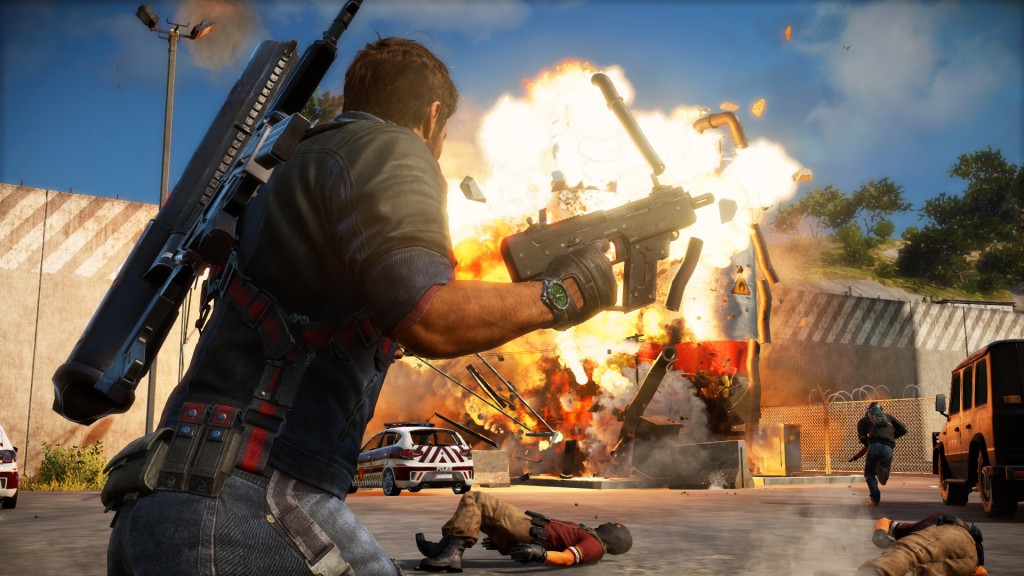 Avalanche Studios took the stage during Square Enix’s E3 2015 conference to showcase Just Cause 3, the next iteration of the open world chaos simulator. The scale of the game was revealed in the latest trailer and Avalanche seeks to set a new benchmark for action and destruction.

There are a ton of new features this time around, including the Wingsuit which stabilizes one’s parachute; multiple grapple lines to the grappling hook in order to link various explosions and objects together; and much more. The game world will occupy 400 square miles which looks as huge as it sounds. You’ll be able to explore the entire world and destroy it as you see fit.

Just Cause 3 releases on December 1st for Xbox One, PS4 and PC. What are your thoughts on the new gameplay trailer and the game’s release date? Let us know in the comments below and stay tuned for more information from Square Enix’s E3 conference.