Just Cause 4 shines on PC but the story is quite different on consoles.

Avalanche Studios have always been technically ambitious with their games. Be it last generation’s Just Cause 2 or current-gen games like Just Cause 3 and Mad Max. But one problem seems to hamper almost all of their recent games – exceptional technical proficiency in one visual department and absolutely unacceptable in the other. For example, Just Cause 3 suffered from terrible frame rate issues on consoles but it excelled in its physics implementation, general image quality and overall dense world. The same story continues with Just Cause 4 but the logic is reversed this time. You will get better performance on consoles but this will come at the cost of some serious shortcomings in several graphical parameters.

But before delve deeper into console versions’ shortcomings, let’s talk about some of the areas that the Avalanche’s Apex engine excels in. The very first thing one can notice is how dense and lush each environment is. The world is filled with a ton of foliage and it really makes the world look attractive and a joy to explore. Furthermore, the game’s world has a vertical feel to it, which was completely missing in Just Cause 3. The map has been expertly crafted and it’s not uncommon to see secret locations or enemy bases on top of the mountain, hundreds of feet above the ground. This makes the world feel bigger in Just Cause 4 although the map size is more or less same as it was in Just Cause 3.

Physics have undergone major enhancements with your grapple hook seeing the most amount of changes. The grapple hook can now be modified to include all sorts of enhancements such as boosters and lifters, and these can be used to pull of some insane moves on nearby objects and enemies. The resulting destruction and the complex particle effects are a sight to behold, specially during the night time. Every object that can be interacted within the game follows the rag doll methodology and the results can range from hilarious to absolutely spectacular. Overall, Avalanche Studios have nailed the physics department and it is without a doubt one of the highlights of the Apex engine.

Interconnected with the physics framework is the weather system and within the weather system we are specifically going to focus on the much hyped tornado system. There are a number of modern open world games that render weather the way it should be done but the tornado system in Just Cause 4 is a work of art.  Everything and anything close to it will get pulled towards it, resulting into large scale destruction and explosions. Not only that, but foliage and trees will get uprooted thereby changing the environment. Now we are not sure whether this deformation is permanent or temporary, but the effect is simply outstanding, primarily because the tornado is actually a gameplay mechanic as well.

You can lure your enemies and their vehicles towards it and see them getting thrown away. It really is a sight to behold and all the three major systems, the PS4 Pro, Xbox One X and PC manage to run at decent frame rates during these scenarios. Tornado was hyped up as the selling point of Just Cause 4 and Avalanche have delivered on the same. Watching the tornado tear apart surrounding areas never gets old and I found myself investing more time than usual just so that I can see it destroy everything in its path. 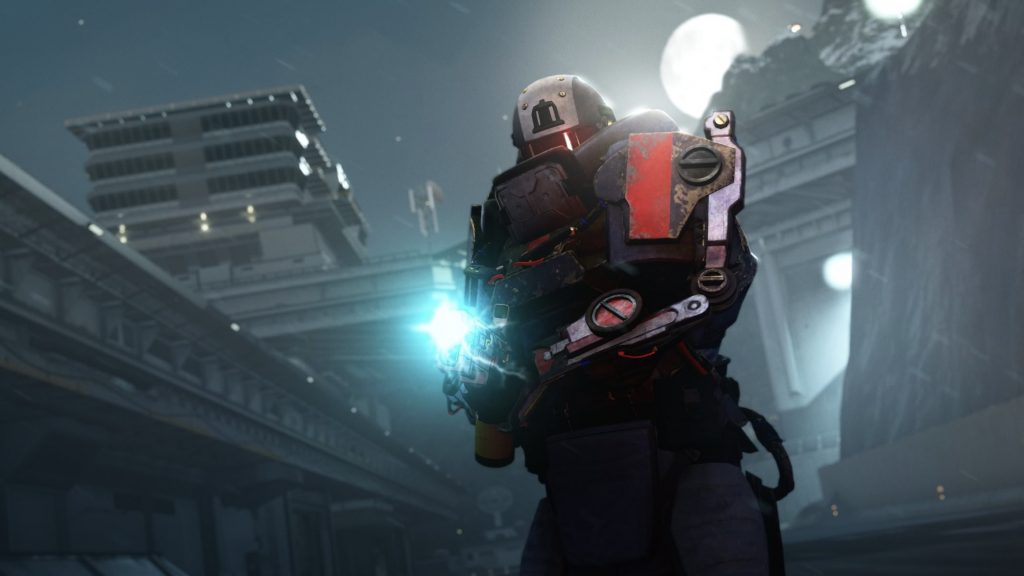 However, as noted before, Avalanche have compromised in several graphical areas that are simply unacceptable in today’s day and age. First off are the loading screens…they are triggered before every mission we played and to be honest, this is simply not unacceptable. Next up are the water effects and I am shocked to reveal that it’s absolutely terrible. It has little to no simulation and it feels like a big area of flat textures. Heck, even Just Cause 2 had way better water effects than the complete non-sense in Just Cause 4. For a studio that excels in pushing the visual envelope, it’s extremely disappointing to see such a half hearted attempt at a visual parameter which is more or less rendered in high quality these days.

Unfortunately, that is not all. Some cutscenes are rendered in extremely low resolution which are filled with low polygon count textures and horrible character models. Why these cutscenes were pre-rendered in such terrible quality is anyone’s guess but for a game that released at the end of 2018, this is simply put, unacceptable. The game is also hit by severe pop in issues, which is also present on our test PC, although it’s more tolerable than on consoles. Furthermore, the consoles are hit by the most terrible implementation of motion blur we have seen in a modern AAA game. Some cutscenes and gameplay sections are literally unplayable due to sudden intense motion blur. My eyes were not able to take such inconsistent motion blur implementation, resulting into a discomforting experience on the PS4 Pro and Xbox One X. 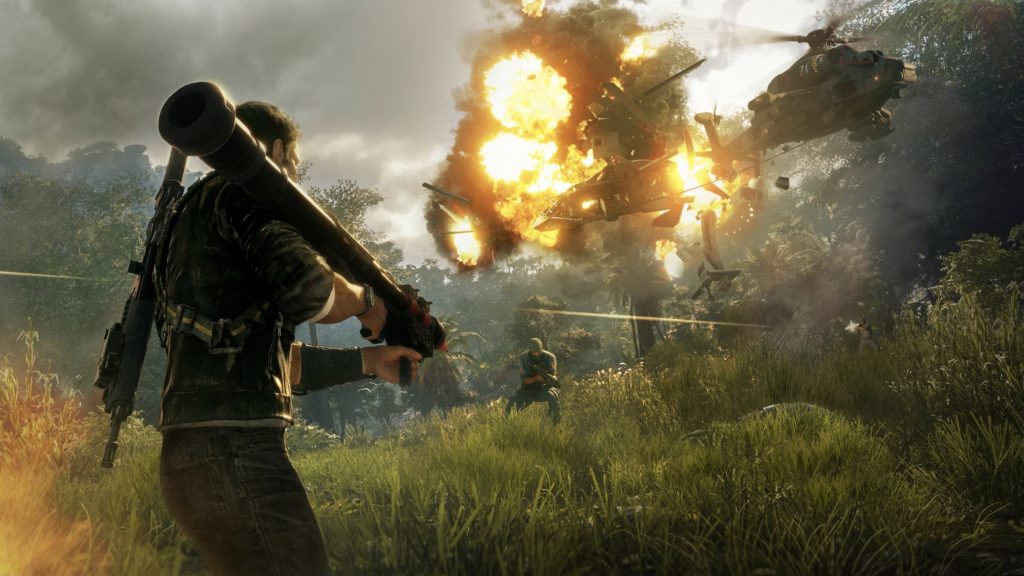 On the console side, the Xbox One X renders at a higher resolution compared to the PS4 Pro. Both versions suffer from severe aliasing issues along with delayed rendering of far objects. Furthermore, the terrible motion blur implementation I mentioned hits the PS4 Pro the hardest. Overall, the image quality on both consoles are pretty average, however the Xbox One X does a bit better in this department thanks to a higher pixel count in some areas. Performance on both consoles is stable with very less instances of frame rate drops but the Xbox One X version offers some noticeable benefits over the PS4 Pro in the form of better screen space reflections and less pop-ins. PC trumps both of them thanks to higher frame rate support, less pop ins, better draw distance, higher shadow quality and LOD factor.

So, it’s the usual order once again. The PC versions leads the Xbox One X version and both of them are noticeably better than the PS4 Pro. In the end, Just Cause 4 may be the best Just Cause game ever but from a technical perspective it represents a noticeable downgrade when compared to Just Cause 3. It seems like performance was a priority for the development team and that would have been perfectly alright if they would have maintained the visual fidelity found in Just Cause 3. Achieving better performance across the board at the expense of already well performing visual parameters is not really optimization. Rather, this is actually a compromise where some parts are botched to make other parts work well. We are a bit disappointed with Just Cause 4’s technical achievement. Sure, there are some bright spots here and there but if the engine can’t reasonably render basic components like water effects and cutscenes, then it’s a cause of concern, one that the development needs to look into as we head into the next generation of consoles.