Haptic feedback and adaptive triggers will see use in the indie adventure title. 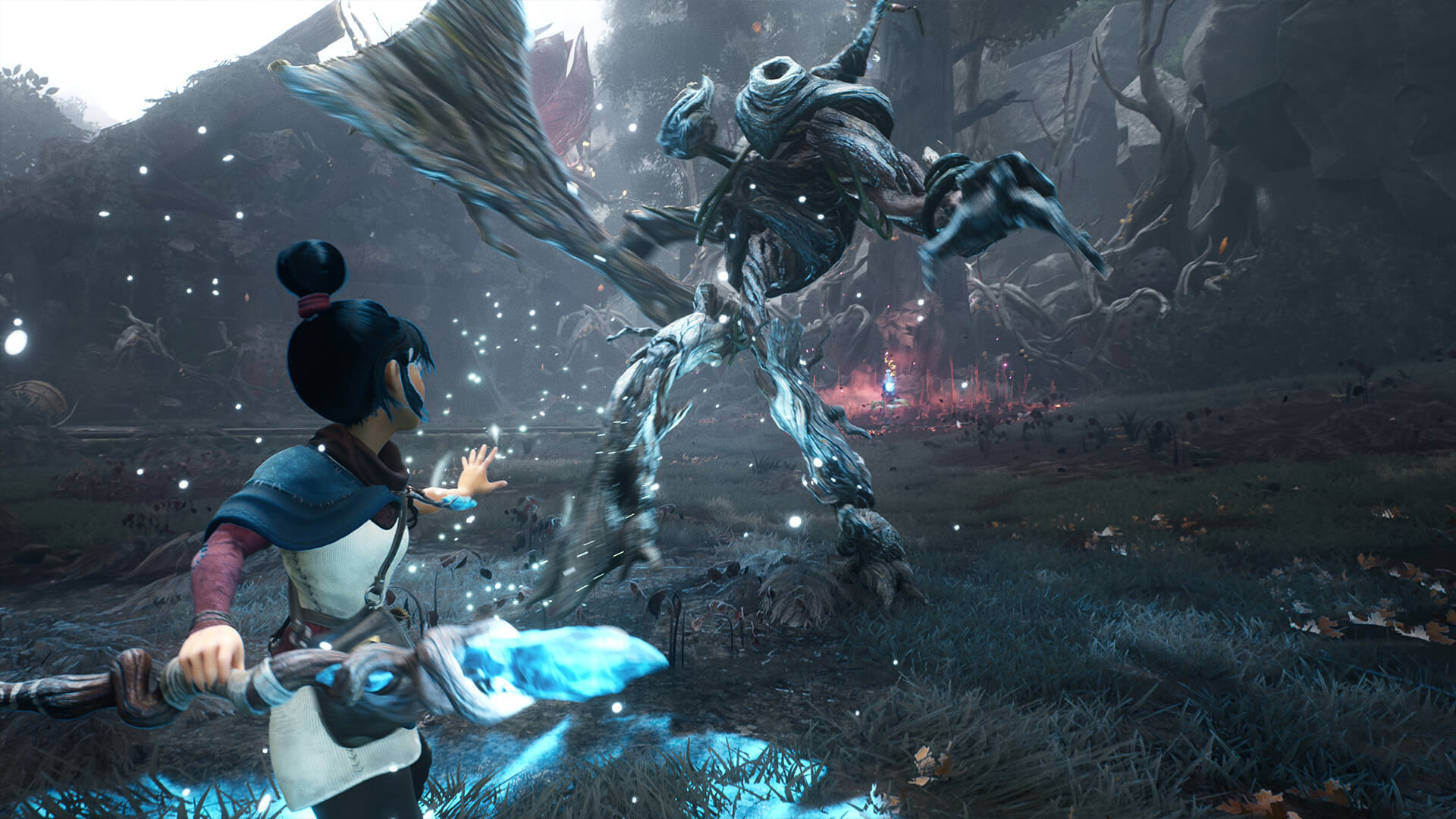 When Sony finally pulled back the curtain on the PS5 last year, it showed off a lot of different games. One that seemed to catch a lot of eyes was Kena: Bridge of Spirits, an indie action game with quite a look. At one point it was set to launch alongside Sony’s new console, but it was not to be. Since then we have got a few more details on the game, including how it’ll make use of the PS5’s DualSense.

While we have not seen a lot since Kena‘s unveiling, the developers have been keeping us up to date with more details, such as the “wide linear” nature of how you tackle the game. Speaking with Official PlayStation Magazine (February 2021), Ember Lab Co-founder Mike Grier spoke about how the game will use the DualSense, specifically in combat. He said that they hope to use the haptic feedback aspect to make combat feel more snappy and alert, though did not give specific examples. However, with adaptive triggers, he did, talking about how they are used in conjunction with the staffbow hybrid Kena uses to give it more accuracy and power depending on your resistance.

“You have a little bit of resistance on the right trigger that tightens as you fully draw,” he said. “When you do have the string fully drawn the bow has more power and more accuracy, and you’ll feel that tension in the trigger as you pull back.”

Kena: Bridge of Spirits was announced to be coming to PlayStation 5, PlayStation 4 and PC. As of now, the game has no date, but a recent sizzle reel trailer from Sony pointed that Ember Lab is potentially targeting March for release.