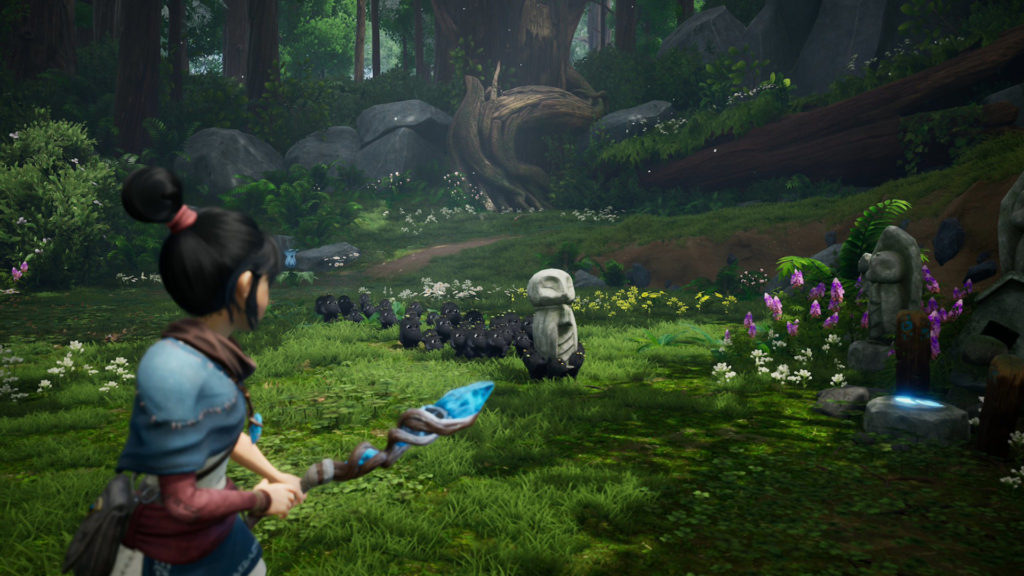 Kena: Bridge of Spirits has caught the eye of more than a few people since its reveal last month, and the fact that the game has continued to look impressive in each subsequent showing has only driven the anticipation surrounding it. Now, with a little over two months left until the action-adventure title launches, developer Ember Lab has provided details on what players can expect from its Digital Deluxe Edition.

As detailed in a recent tweet, the Digital Deluxe Edition of Kena: Bridge of Spirits will include the digital soundtrack, a unique silver Kena staff, and a golden Rot skin, on top of the game itself, of course. It’ll cost $49.99, as opposed to $39.99 for the standard edition. Meanwhile, the developer has also said in subsequent tweets that while it hopes to “explore opportunities for a physical edition” down the line, for now, they are completely focused on launching the game itself.

Kena: Bridge of Spirits is out for PS5, PS4, and PC (as an Epic Games Store exclusive) on August 24.

The Digital Deluxe Edition of Kena: Bridge of Spirits will include the digital soundtrack, a unique silver Kena staff, and a golden Rot skin.

We hope to explore opportunities for a physical edition when we are able to do so.
However, our current priority is polishing the game for release so that everyone can enjoy Kena at the highest quality! 🧡