But it's the thought that counts. 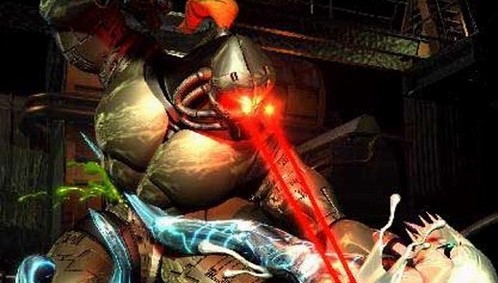 Slow round of applause for Microsoft, who decided that rather than “friends in the media” breaking the news via a quick trademark search, they decided to do so themselves when Rare’s Killer Instinct series had its trademark renewed.

“With all due respect to our friends in the media who like to frequent trademark sites, we thought we’d break this one ourselves.

“Our legal eagles have authorized us to say: ‘We have either renewed or refiled a trademark application in various jurisdictions'”.

This doesn’t necessarily mean we’ll be saying the series on the consoles any time soon. Most Rare properties have either been squandered or downright cancelled by Microsoft, as it relegated the once famed dev to Kinect Sports titles.

Killer Instinct, though, remains one of the bigger underdog fighting game series of the Nintendo era. It never quite achieved breakout success on home consoles but was still incredibly popular on the arcade circuit.