The Smooth Operator Pack is joined by more extra content for the Fan Edition. 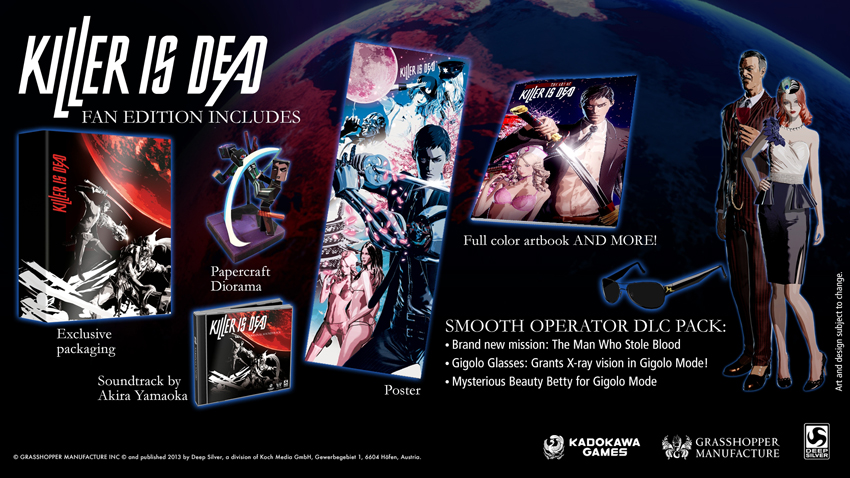 Grasshopper Manufacture’s next third person action title Killer is Dead will be getting a Fan Edition and Limited Edition when it releases on August 30th for the Xbox 360 and PlayStation 3.

The Fan Edition will retail for £54.99 and feature the Smooth Operator Pack, which contains four downloadable items. There will also be the additional Episode 51 “The Man Who Stole Blood” mission, the Gigolo Glasses, a new woman named Betty for Gigolo Mode and an as-of-yet unannounced item. It will also include a poster, the full soundtrack on CD, a coloured art book and special packaging.

Deep Silver will have a Limited Edition available as well, which will feature the Smooth Operator Pack DLC and retail for the price of £49.99.

Killer is Dead is Suda 51’s next directorial venture which focuses on assassin Mondo Zappa taking down criminals and dangerous criminals using a samurai sword and cybernetic arm that can shoot projectiles, morph into a drill and much more.