Releasing in Europe on August 30th. 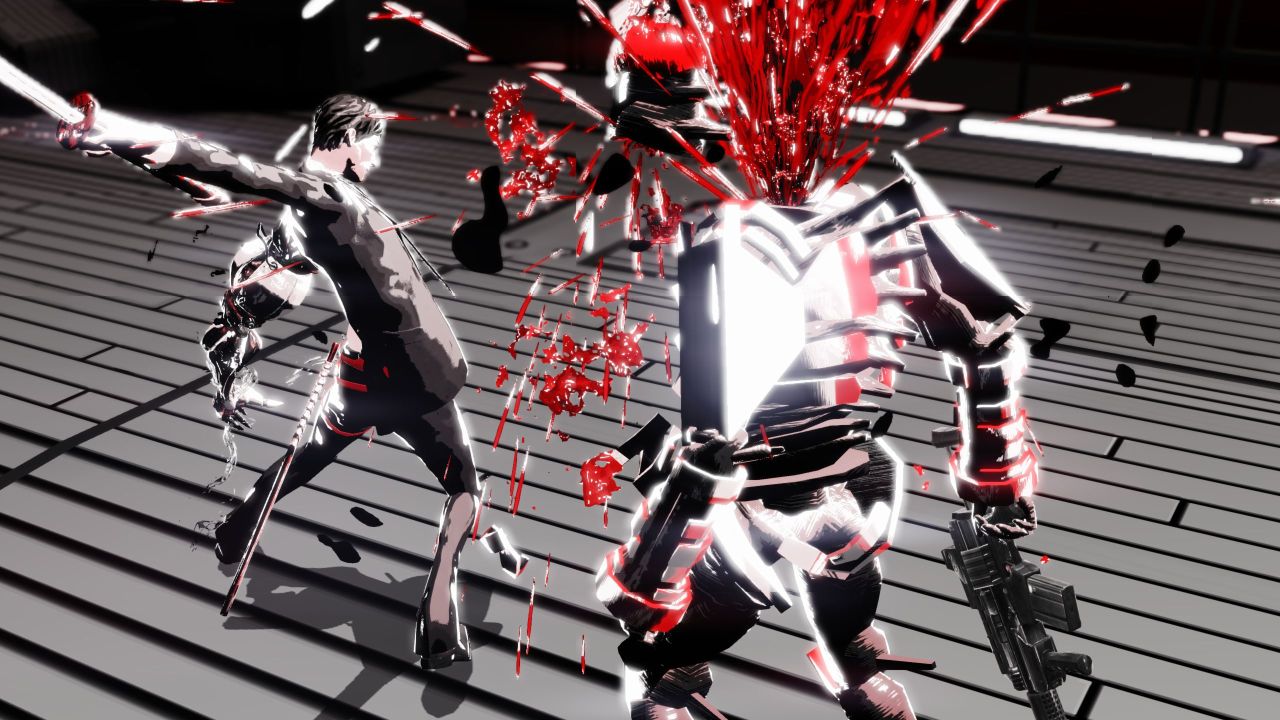 Mondo Zappa is finally ready to shine as Killer is Dead, Grasshopper Manufacture’s latest third person hack and slash adventure, is finally available in North America for Xbox 360 and PlayStation 3. It will be available in Europe on August 30th.

Killer is Dead sees assassin Mondo Zappa hunting cybernetically-enhanced criminals in the name of justice and flashy blood. Of course, in between missions – and as a part of some of them – Zappa will be able to partake in Gigolo missions to flirt with women. You can use special Gigolo glasses in order to see through the “hearts” (and clothing) of these women to curry favour, and thus garner special gifts.

No, we’re not quite sure if those gifts were worth the trouble or not. At least you can cut up cyber-enemies in flashes of animated frenzy.