Check out some amazing wallpapers for Killer is Dead in 1080P.

Posted By Rashid Sayed | On 01st, Apr. 2013 Under Wallpapers | Follow This Author @GamingBoltTweet

Check out some amazing wallpapers for Killer is Dead in 1080P which you can use for your desktop, PS3, laptops, Android, iPad and other devices.

Killer is Dead is set in a not-so-distant future similar to (but not the same as) the world we know now. The player takes control of an executioner named Mondo Zappa who wields a Japanese sword in his right hand and brandishes interchangeable weapons in his left artificial arm. His ultimate goal is to execute various heinous criminals scattered around the world and beyond. 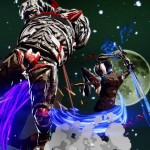 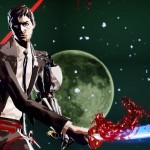