So a couple of days ago I was at the Killzone 3 Launch Event party here in my city and if I have to sum it up in one word, it was ‘Exhilirating’. Being a media guy I had to leave from my workplace a bit early so that I can reach the event by 4:15PM. The event was suppose to start at 4:30 pm but as with every major show in the world, delay had to happen. After catching up with fellow journalists from other media, they finally called us in at 5:30 PM…yes a full hours delay. But what followed then made sure that it was worth the wait. 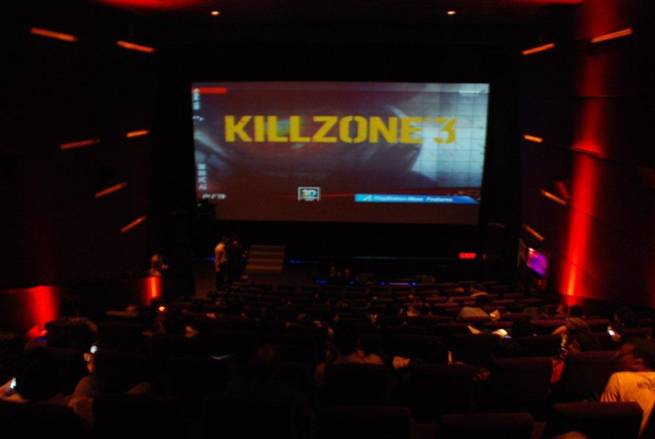 Epic heh? Apparently we were also mentioned on the screen.

We were then taken inside a pretty big cinema hall and given our seats. After a bit of delay again (doh!), the show started off with a host stating why Killzone 3 will revolutionize video games for ever and other marketing jargon that comes with every big release. There after, the PlayStation India boss Mr Atindriya Bose took stage and talked us through about Killzone 3 and the impact it can have on gaming and why it is an important game for the Indian market. One thing that I really want to mention is that they were showing the scores for Killzone 3 by various media on the gigantic screen and I was really proud when I saw Gamingbolt’s name right there among the best. It may be a small thing but it means a lot which is a huge indication that your worked is being seen and appreciated. 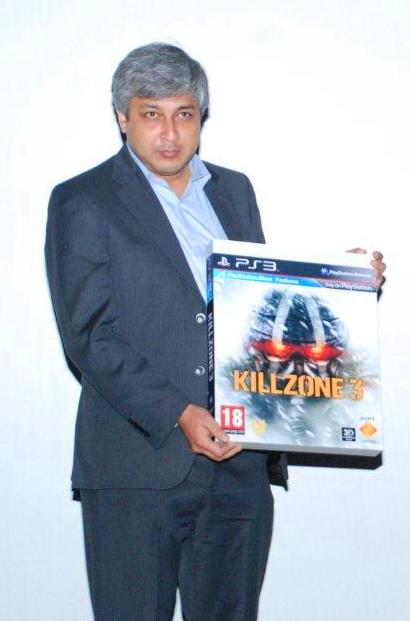 Moving on. A couple of videos were shown including the Story trailer that was all the rage before Killzone 3’s launch, as the show came to an end. Wait…there is more.  The game was also demoed on that gigantic screen I mentioned before and Killzone 3 looked better then ever. Then a couple of folks were called up to show the media what the game is all about  as Mr Atindriya Bose made an exit. Before he can actually make a run away, I was called up by the Sony PR for an interview with Mr Bose. There after we sat together for a mammoth half an hour interview where we discussed Killzone 4, Resistance 3, PlayStation 3’s hardware power and much more. I will be posting that interview over the weekend.

And there alsoa few images that I must share. Sony provided us with a couple of cool things. You can check that below. 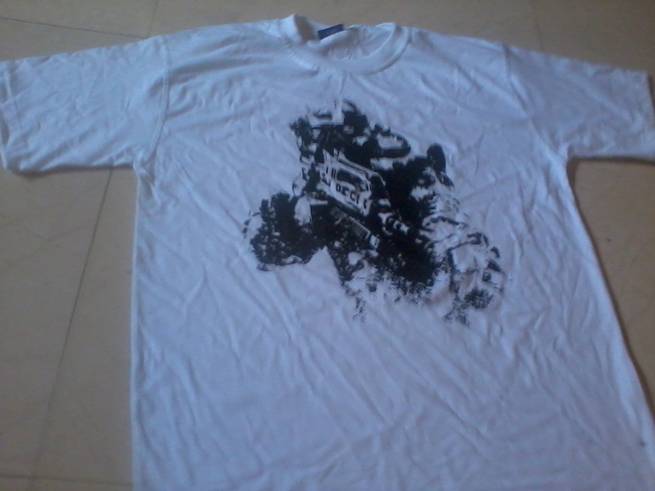 A Killzone 3 Tshirt for me...which I am planning to give away to any Indian user who comments on this post 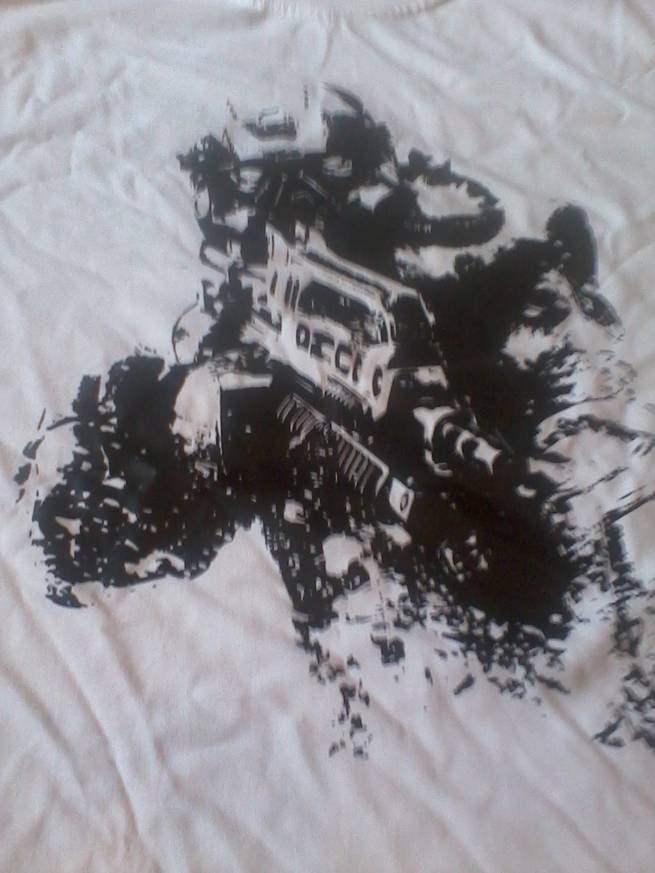 You can see an helghan embedded on the t-shirt 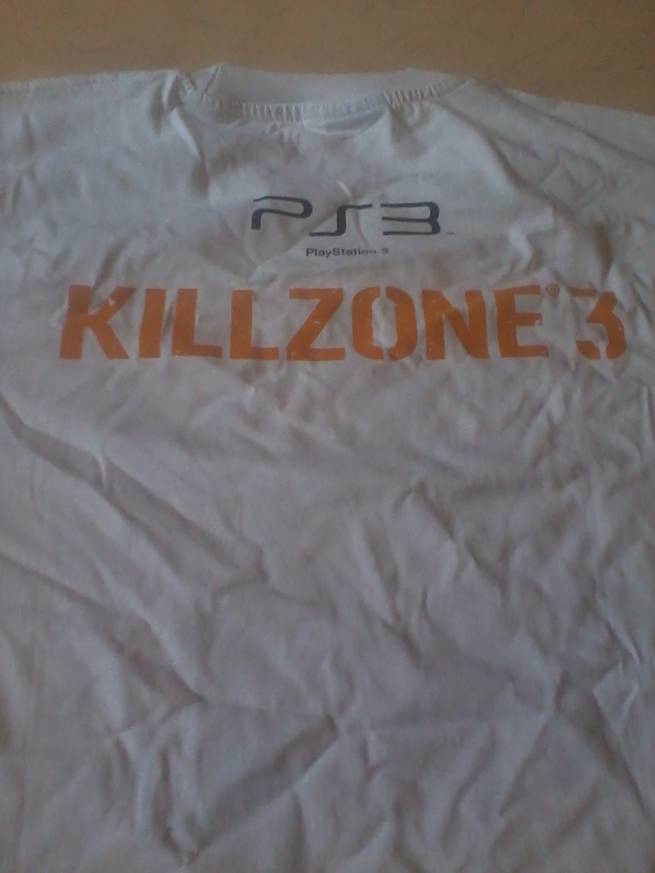 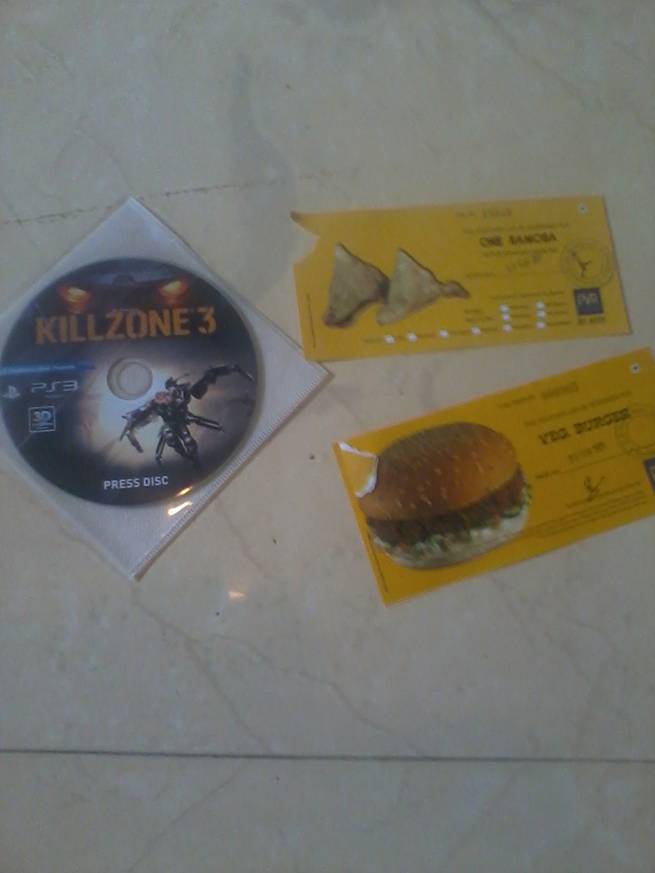 A press disc and snack coupons...cant do without them in any press event! 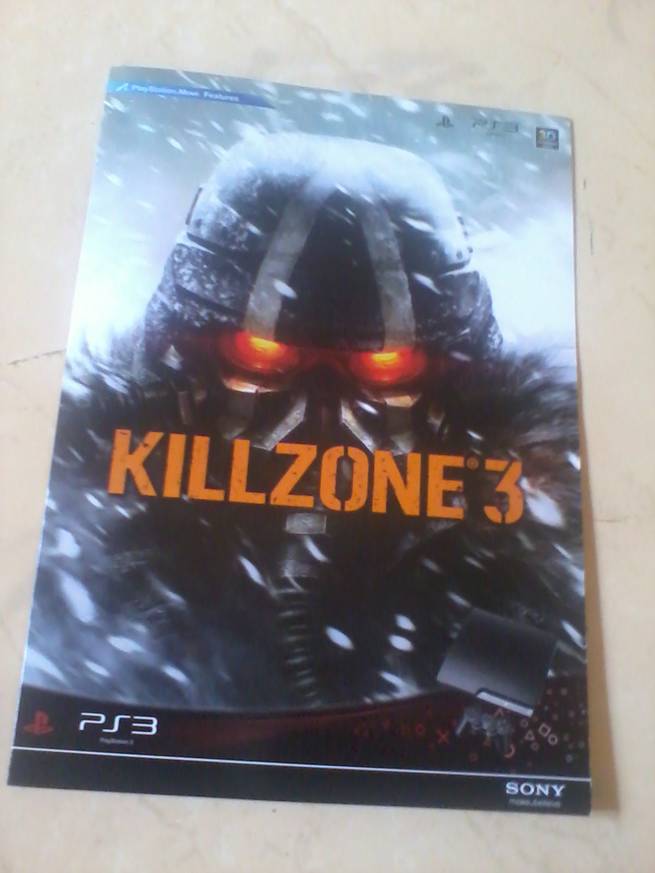 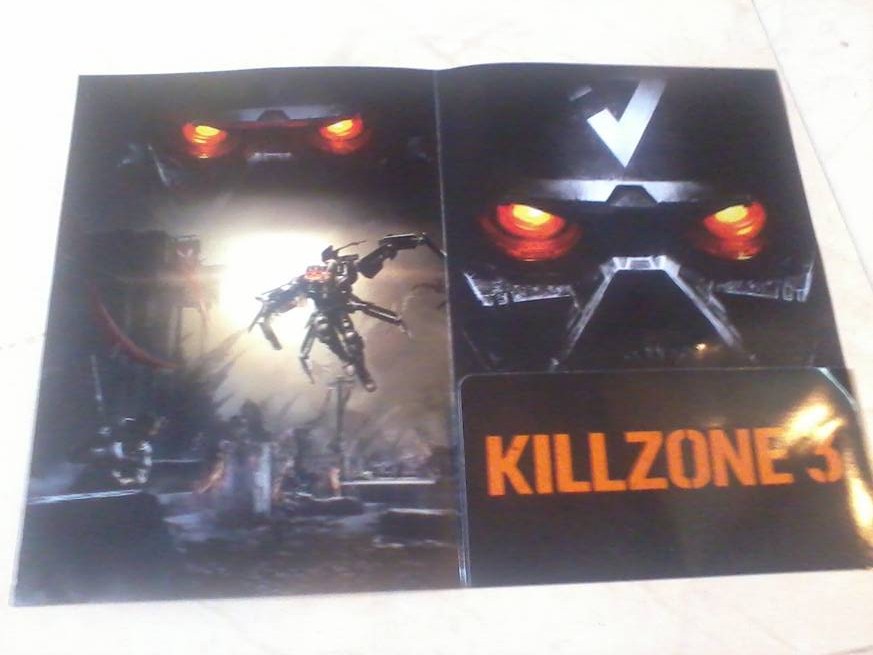