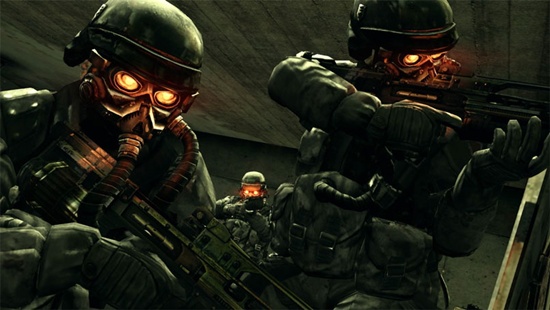 “Joris is the kind of composer that keeps developing his skills and throughout the years he always manages to amaze us with new sounds, themes and direction in his music and for KILLZONE 3 he’s doing exactly that again,” said Mathijs de Jonge, Game Director at Guerrilla Games. “KILLZONE 3 will be the seventh title that I’ve worked on with Joris and it’s great to see how the projects we work on keep growing both in scale as well as popularity. I think it’s very important to have this kind of creative connection with the composer as it adds so much to the experience when music and game complement each other.”

In May 2010, Joris de Man was presented with the inaugural award for “Best Original Video Game Score” for the KILLZONE 2 soundtrack at the 55th IVOR NOVELLO AWARDS ceremony held at the Grosvenor House Hotel, Park Lane, London. The IVORS are presented annually by the British Academy of Composers and Songwriters (BASCA) and are respected worldwide as the major platform for recognizing and rewarding Britain’s songwriting and composing talents. They are the only major music award to be judged and presented by the writing community. The music of KILLZONE was also celebrated at the “JOYSTICK 3.0” concert in Sweden performed by the Malmo Symphony Orchestra. The JOYSTICK symphonic concert series currently holds the world record for a game music performance with an attendance of 17,000 at the first show in 2006. KILLZONE will be performed at the Gothenburg Symphonic Orchestra’s “SCORE” concert in Sweden this November.

Composer Joris de Man commented, “Winning the Ivor this year gave me such a boost because receiving was not just recognition for my work on the score, but being awarded it in its first year meant being part of a growing appreciation of game music in general. The achievement spurred me on and has given me a new energy that I hope will be heard in the music I’m now writing for KILLZONE 3. I was thrilled to be invited again to work alongside the team at Guerrilla; they continue to push the limits of design and technology and I’m really proud to be a part of their next opus.”