I literally groaned when I was told I will be reviewing Kinect Rush. And I hadn’t even heard the entire name. I heard “Kinect”, and out came the groan. Why? Because other than The Gunstringer, I haven’t had a very good experience with the Kinect. I didn’t expect Kinect Rush to change my mind, and well enough, it didn’t. 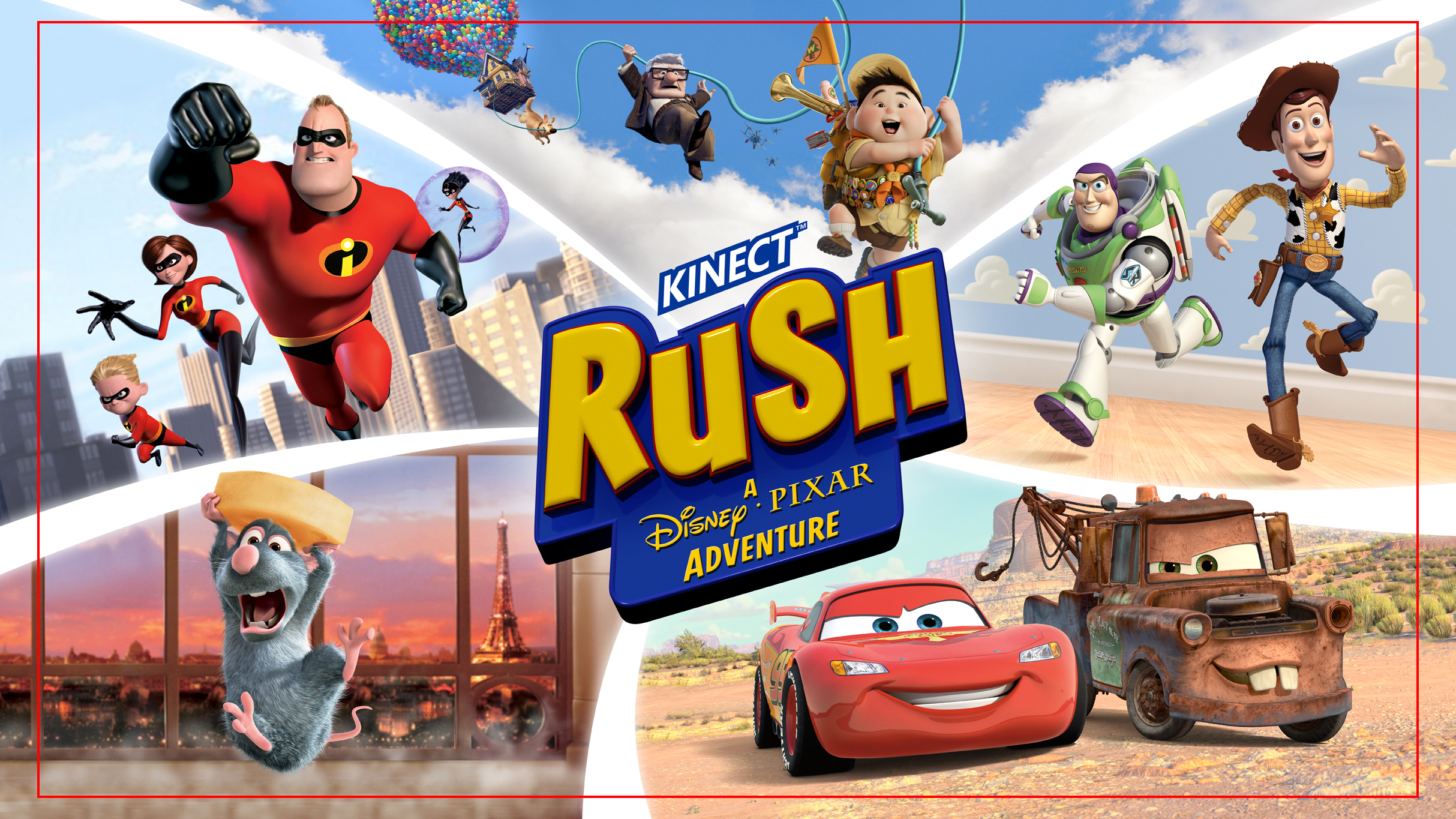 Kinect Rush is a video game ode to some of the most classic and acclaimed Pixar movies. It includes games based on Toy Story, Cars, The Incredibles, Up! and Ratatouille. For most of the part, the game captures the feeling of these well beloved franchise very well, and this creates an undeniable charm and visuals that are please to look at. There are several frame rate drops throughout, so that creates a bit of the problem, but you can’t find much fault in Kinect Rush’s aesthetic department.

The biggest problem with Kinect Rush is very common in Kinect games- the controls. They’re messy, overcomplicated (ironically enough) and extremely unresponsive. To move forward, you have to swing your arms around like a crazy person, like you would if you were running. Turning your shoulders in a direction makes your character turn, and to jump, you… well, you jump. Believe me, it’s as stupid to play as it is to read. The controls are largely unresponsive.

Jumps aren’t always registered properly, turns get registered as steps and the general lag and frame rate drops on the screen create a frustrating disconnect between the action and the controls. This is a huge problem, especially in the sections that rely most on platforming. 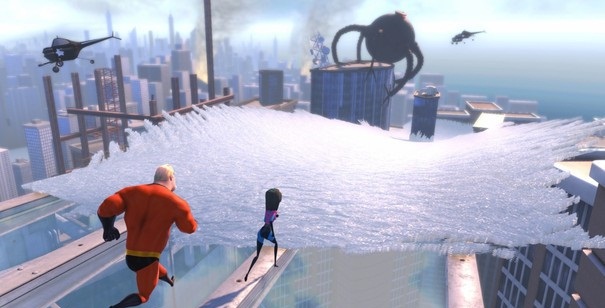 The racing stages are a bit better though. Driving around and pretending to hold a steering wheel works rather well, and while controls are still a bit finicky and unresponsive, these sections are generally fun and enjoyable, and you’ll find yourself wanting to play these sections more than the on-foot sections.

There’s still some fun to be had in collecting coins in the on-foot sections. It promotes replay value, that does somewhat get tarnished by the horrible controls, but is still fun while it lasts. You can also come back to make high scores and win medals, but you never feel the need to do so.

The game does a very good job of capturing the feel of the Pixar classics. As I mentioned above, the visuals themselves perfectly replicate the universe of the Pixar movies and the presentation stands out in several aspects. The music and the sound score are also noteworthy. 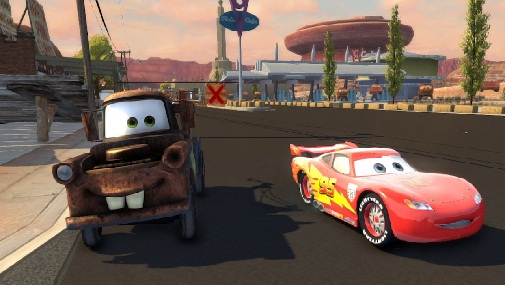 Kinect Rush has a lot going against it. It does have a few fun moments and the visuals are definitely charming, but bad controls, boring gameplay and almost zero replay value wake for a game not worth a damn.

Final Verdict:
BAD
Kinect Rush has a lot going against it. It does have a few fun moments and the visuals are definitely charming, but bad controls, boring gameplay and almost zero replay value wake for a game not worth a damn.
A copy of this game was provided by Developer/Publisher/Distributor/PR Agency for review purposes. Click here to know more about our Reviews Policy.