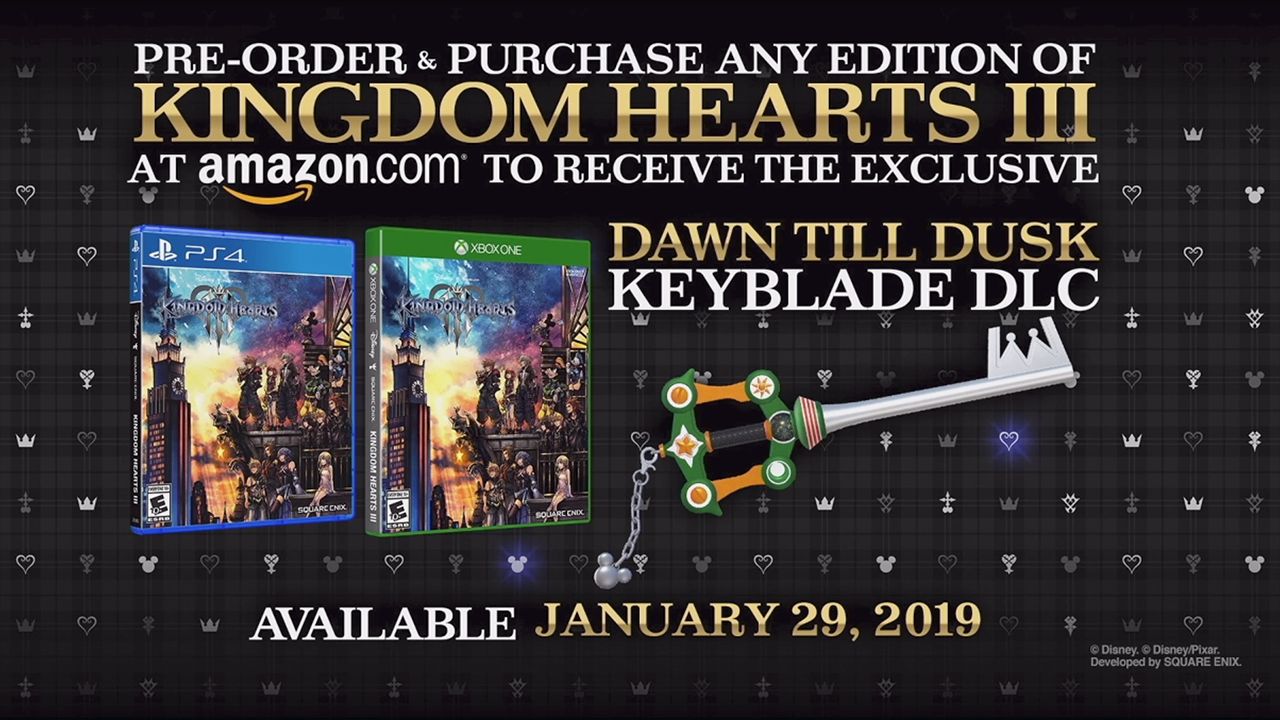 In a recent Twitch stream, online retailer Amazon announced that it would have exclusive DLC for Square Enix’s Kingdom Hearts 3. This is in the form of the Dawn Till Dusk Keyblade, which looks slightly different from the base version in terms of colour and design. It’s not yet known whether the Keyblade offers any unique stats or abilities.

To obtain it, consumers will need to pre-order the game or purchase it at/after launch from Amazon. The offer doesn’t seem to have a limited window of any sort, so even if you purchase after launch day, the Dawn Till Dusk Keyblade should still be available. Amazon Prime members also get the benefit of $10 Amazon credit if they pre-order through the retailer.

Kingdom Hearts 3 is scheduled to release on January 29th for Xbox One and PS4 in North America and Europe. It recently went gold, which means all principle development has been completed. As the conclusion to the Dark Seeker Saga, the title will effectively wrap up the war being fought by Sora and the Guardians of Light against Master Xehanort and Organization XIII.