The war to end all wars.

Kingdom Hearts 3 is set to conclude the present story arc of the series- but details on specifics have been kept a well guarded secret all this while, and Square Enix themselves won’t talk much about it either. However, the back of the box of the Sora Play-Arts Kai may have given us some hard details about the game’s story for the very first time.

The story details, which you can read for yourself in the images below, discuss Sora needing to gather the seven Guardians of Light to prevent an all put Keyblade War- and to do this, Sora, Goofy, and Donald must set out to find the ‘Key to Return Hearts.’

Master Xehanort may or may not ultimately be defeated- but it’s clear that the final plans to resist him have now been set in motion. Kingdom Hearts 3 is set to launch on PS4 and Xbox One some time next year. 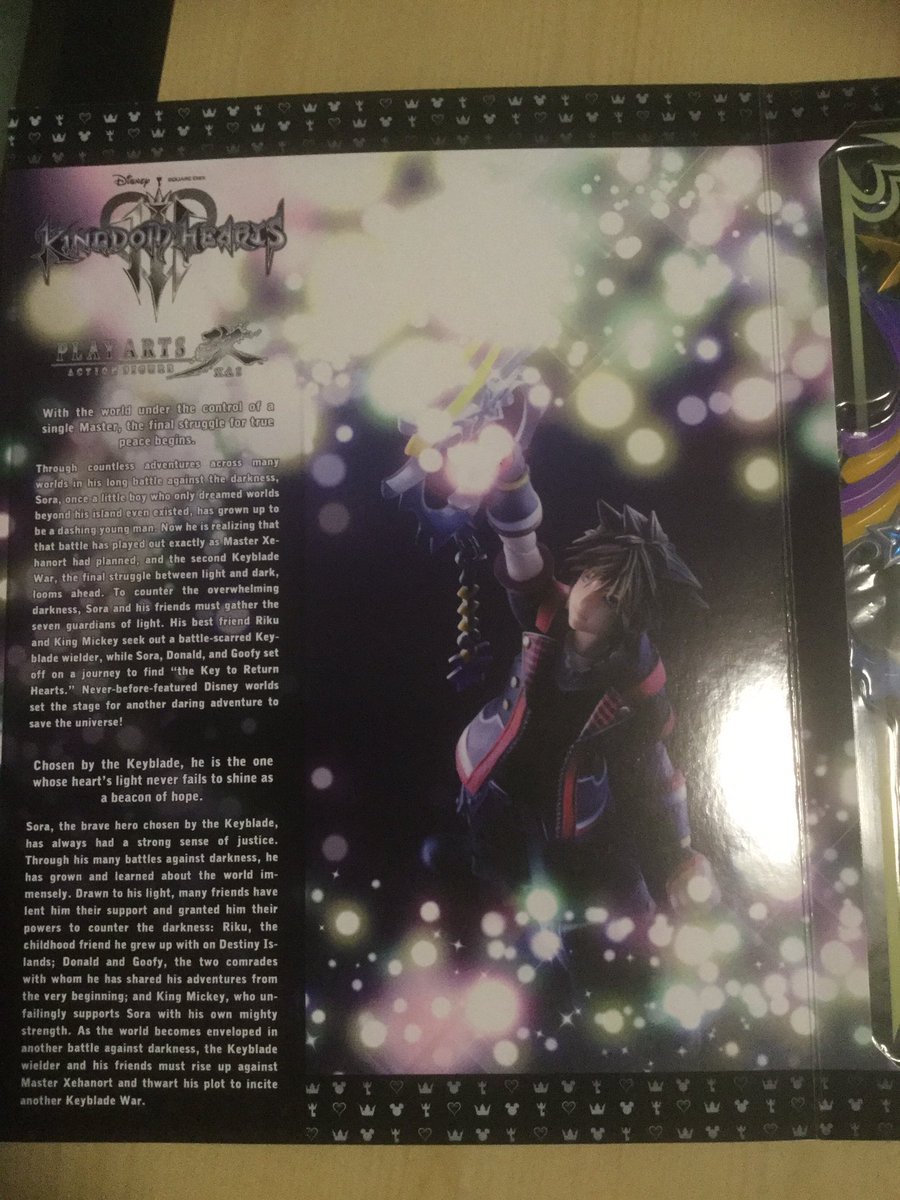