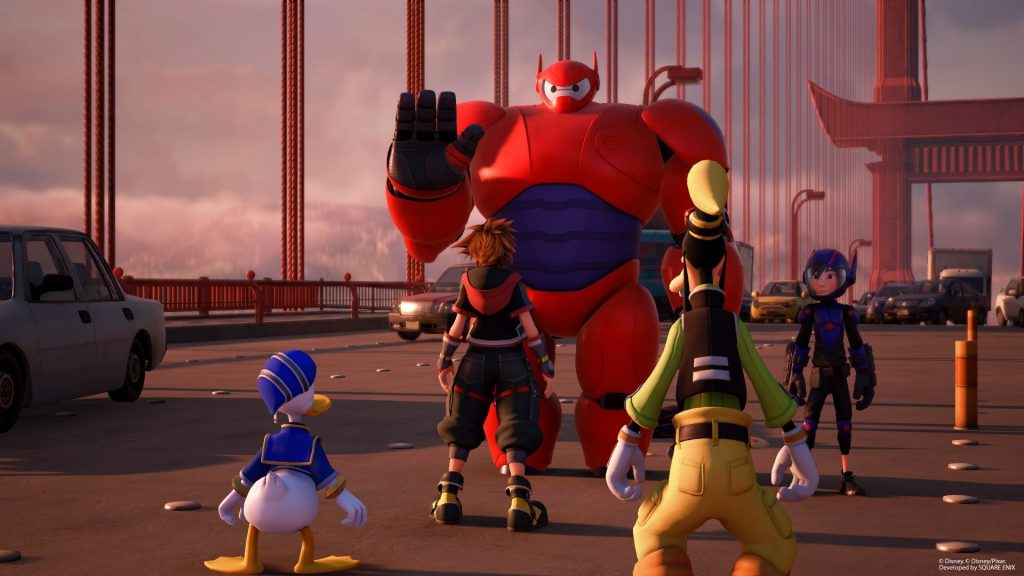 Square Enix have been regularly releasing new information related to Kingdom Hearts 3, including lots of screenshots, and obviously,  more than just a few trailers. Now, Square Enix have gone ahead and revealed yet another thing, which is the opening theme song that will be in the game, while also revealing some new details about this song via a press release.

The opening song of the game is titled ‘Face My Fears’, and it is made by a collaboration between the popular Japanese singer Hikaru Utada, and the electronic musician Skrillex, while it will be produced by Poo Bear. It turns out that Skrillex has been a longtime fan of the series, and initially, he asked to remix the game’s ending song called ‘Don’t Think Twice’, and this is what led to the collaboration for the opening song. The song will be available in both Japanese and English, and it will be released as a single on January 18, 2019, which is just a few days before the game’s release date.

Kingdom Hearts 3 is set to release for the PS4 and Xbox One on January 29.

The Legend of Zelda: Skyward Sword HD is Out on July 16th

The HD remaster of the 2011 Wii classic is coming very soon to the Nintendo Switch with HD visuals, Joy-Con su...

The first two Advance Wars games are being fully remade and are launching for the Nintendo Switch later this y...

The Legend of Zelda: Breath of the Wild 2 Receives New Gameplay, Out in 2022

Link returns to Hyrule and will now explore the skies above it as well. New areas, new abilities and much more...