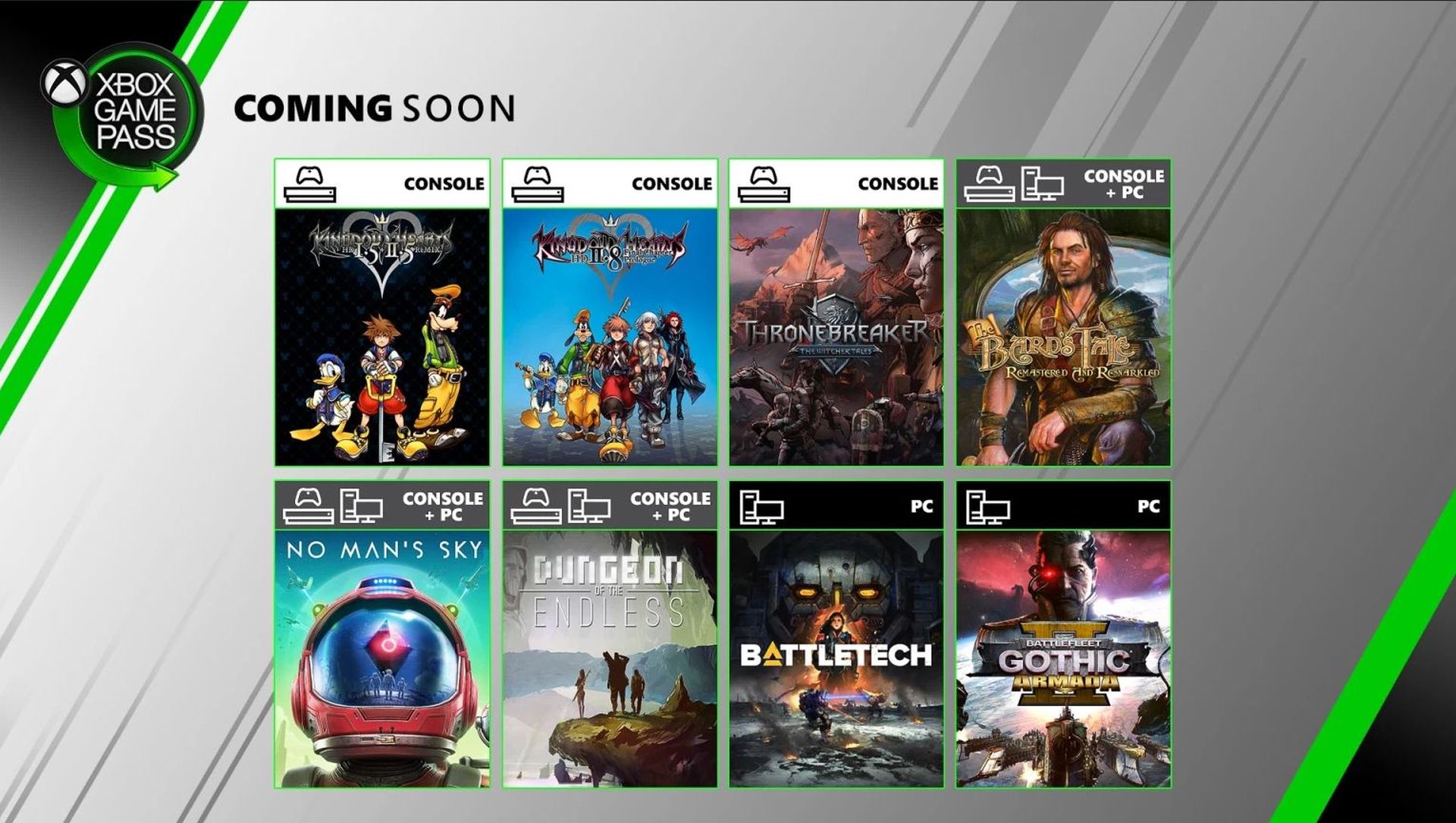 Microsoft has announced its slate of titles coming to Xbox Game Pass subscribers in June. Hello Games’ No Man’s Sky has already been confirmed and will also support cross-platform play. We also know that The Bard’s Tale ARPG: Remastered and Resnarkled will be available on June 18th for consoles and PC.

PC players can look forward to Battlefleet Gothic Armada 2, Battletech and Dungeon of the Endless (also coming to Xbox One) tomorrow. CD Projekt RED’s Thronebreaker: The Witcher Tales, a role-playing game focused on GWENT, will join the service on June 18th. Overall, it’s a pretty solid line-up for both console and PC players to enjoy.

Several games will also be leaving Xbox Game Pass on June 15th. These include: