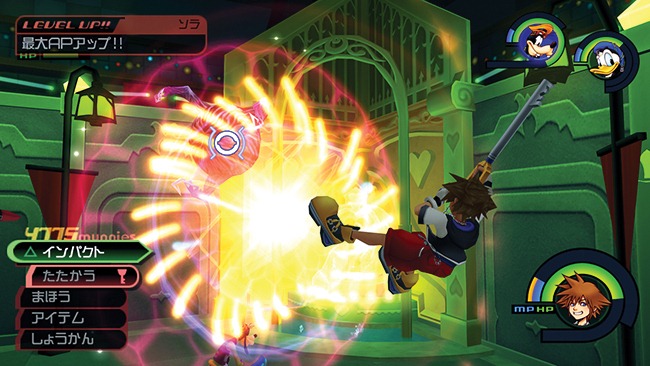 Kingdom Hearts 3 details are still pretty scant right now, though we did get a smidgen of gameplay at E3 2013. That might change in the coming future as apparently there will be a “push” for Kingdom Hearts at the upcoming D23 Expo in Japan, which is focused on all things Disney.

Director Tetsuya Nomura and executive producer Shinji Hashimoto will be part of talk show for the same, while voice actors for Sora (Kouki Uchiyama), Riku (Mamoru Miyano) and Roxas/Ventus (Miyu Irino) will also be present according to Famitsu.

There will also be a charity auction in which fans can bid on a limited edition figurine of Sora autographed by Tetsuya Nomura. The Kingdom Hearts panel will be taking place on October 14th at 3 PM so stay tuned for more details on any and all things Kingdom Hearts-related. Kingdom Hearts 3, meanwhile, is slated to come out for PS3 and Xbox One.